One more patient dies due to covid19 in Cyprus, 38 new cases announced Thursday, bringing total to 564 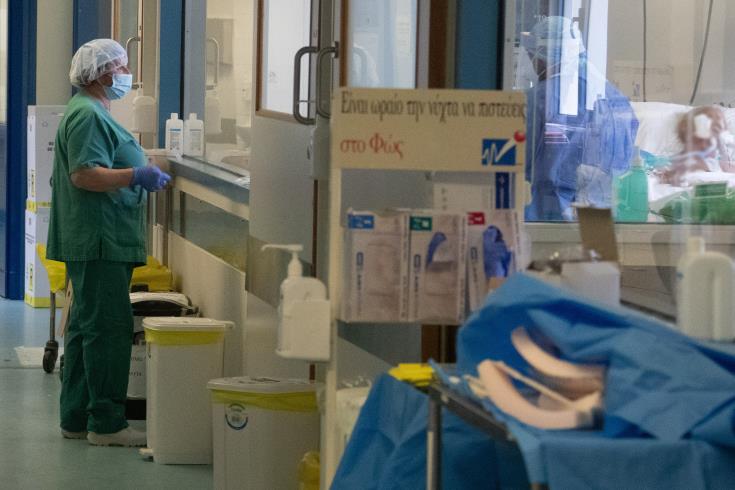 A 78-year-old woman who was hospitalized at the ICU in Nicosia General Hospital passed away Thursday due to covid19.

On Thursday the authorities announced 38 new cases, identified from 1,216 tests, bringing total to 564, including ten cases in the Sovereign British Bases.

Speaking during a press conference, at the Ministry of Health, Dr Marios Loizou, Scientific Director at the Nicosia Directorate of the Cyprus State Health Services Organisation said that 18 patients where traced back to already confirmed cases, 7 were identified through a total of 257 tests run at the Aradippou Municipality, while 13 patients’ history is investigated. He said that from the ten cases announced yesterday whose origin was not clear, the five have been related to an already confirmed case.

The total of 564 cases in the Republic were identified through 15,489 tests run by the Cyprus Institute of Neurology and Genetics, the General Hospital labs as well as private labs.  He pointed out that 413 out of 564 cases were locally acquired while 53 of the patients tested positive and were hospitalized, have already recovered.

As regards the woman who passed away, he said that she was hospitalized in Nicosia General Hospital and had a past medical record and health problems, explaining however that the cause of death is covid19. He said that the total of deaths so far recorded are 15, but only ten have covid19 as a cause of death. Seven were male and 3 females with a median age of 67.

Dr Loizou also said that as of 1500 local time today, 30 patients were hospitalized at the Famagusta Reference Hospital, 3 of whom are in the high dependency unit (HDU) and one has been discharged. Twelve patients are intubated, 2 at the Limassol General Hospital and 10 at the Nicosia Hospital.

He added that the health condition of all the intubated patients is described as stable but critical. He also said that 9 patients tested positive to covid19 are treated in hospitals island-wide, except the Reference one.

Dr Loizou pointed out that although the numbers show that we are probably on a good track, we need to stay focused and vigilant and follow the instructions given by the authorities.

Professor Nikolopoulos said that since end of March, beginning of April there has been a declining trend in the cases confirmed which is encouraging, however he noted that this trend needs to continue and we need to have a zero number of cases to be able to draw clear conclusions.