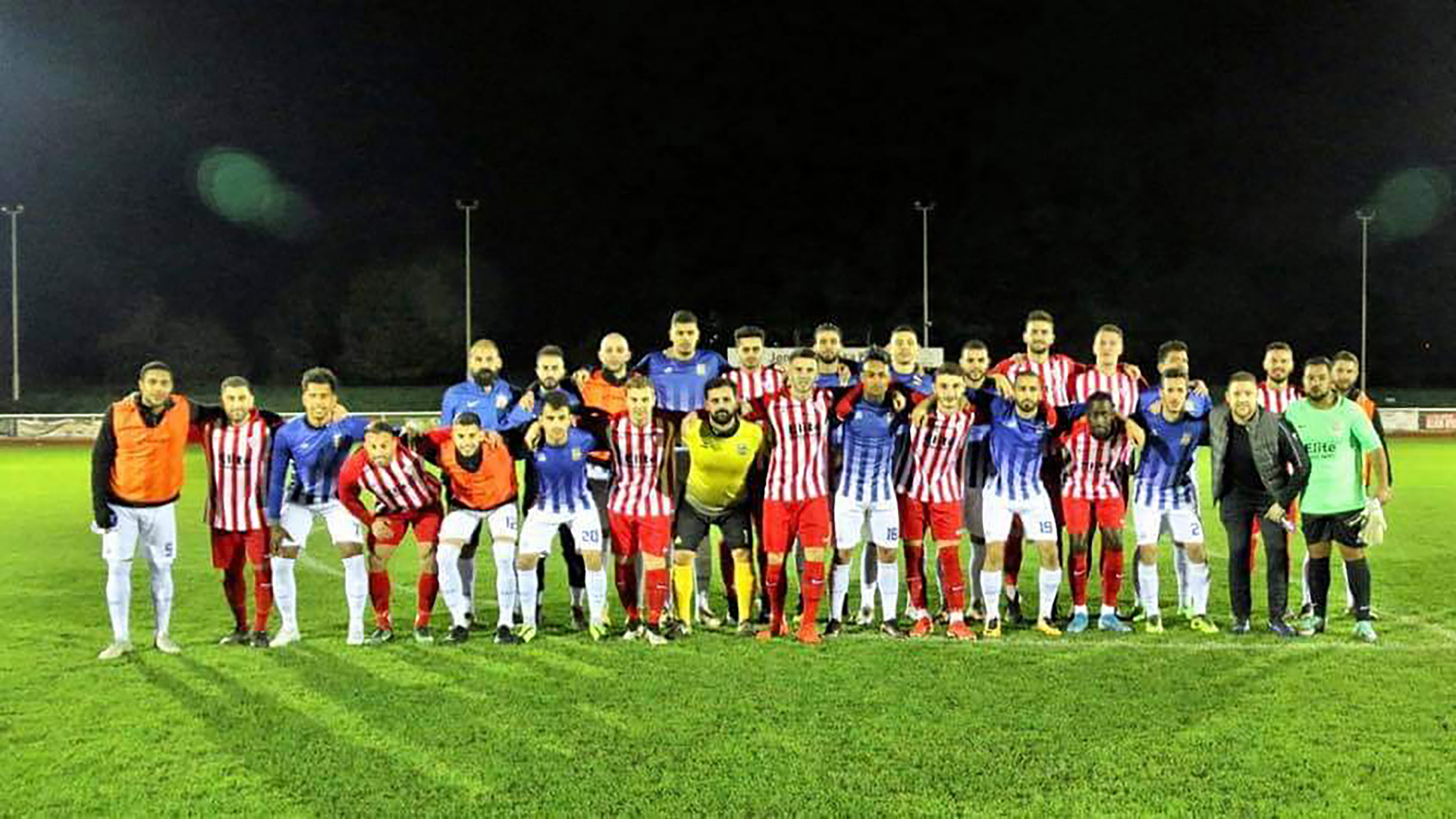 Its the big game this Saturday the El Clasico New Salamis v St Panteleimon
both in top positions St Panteleimon first and New Salamis second in the Spartan South Midlands League Division one. In a division where the four top clubs of the Spartan South Midlands League division one will be promoted to step 5 in the football League structure so its going to be an exciting few months
The game will be taking place Saturday 7th March at at 3.00pm at Enfield Town stadium .Elizabeth II Stadium, Donkey Lane,Enfield EN1 3PL it will be the second time the two clubs will be playing each other in the league they played earlier in the year in a league cup tie with the game ending 1-1 and going into extra time and penalties and St Panteleimon won.
Their league game ended in a 1-1 draw.