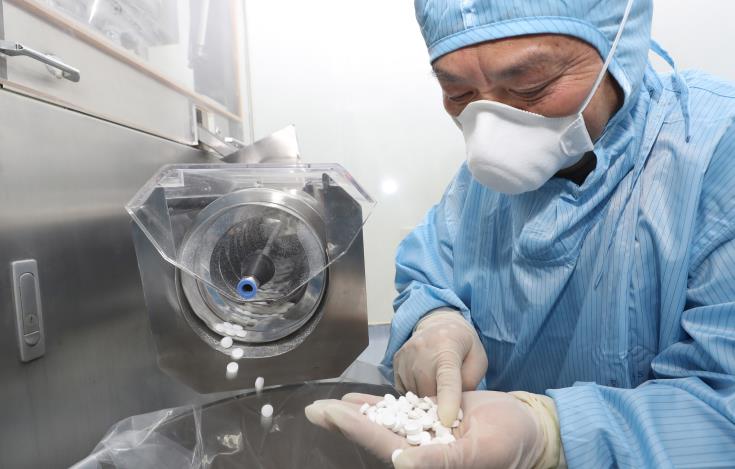 A consultative committee of experts at the Cyprus Ministry of Health is in the process of evaluating a medicine, specifically chloroquine, used against the coronavirus in China, which has had indications of being effective, the committee’s member and professor of microbiology and molecular virology at University of Nicosia Medical School Petros Karayiannis has told CNA.

In statements to Cyprus News Agency on the matter, professor Karayiannis said that a group of experts of the committee is seriously taking into account this and is in the process of evaluating it.

Although there has been no publication on the particular drug in prestigious journals, the group of scientists is conducting its research and if indeed information that the specific drug is effective is valid then the necessary steps will be taken by the Ministry of Health.

Chloroquine, Karayiannis said, is a drug which is widely available in Cyprus.

“The Consultative Committee’s sub-group has taken it into consideration, off course an evaluation of data must be made and we should not just read what has been published or written on the internet, which may not correspond to reality,” he noted.

The expert explained that all data must be evaluated before the Health Ministry can go ahead with a possible use and or production of products containing the substance chloroquine.

He also said that he has yet to see anything in prestigious journals on the matter, adding that therefore he would prefer to wait until it is certain that this specific drug is effective.

Replying to a question Karayiannis said that this is a n ordinary drug which is widely available in Cyprus.

It is, he pointed out, a very cheap drug, adding that pharmaceutical companies in the country are available to produce it if necessary.

Replying to a question as to whether the Ministry of Health has information as to the stage of production of the first vaccine for the coronavirus is, Karayiannis said that this matter is at a very good stage, explaining that there are two vaccinations, for which human trials are ongoing.

“We have moved past animal testing and therefore depending on what tests show on humans, they will then proceed with its production, if indeed, it is effective,” he said.

He expressed the view, however, that if indeed it does protect against the coronavirus then companies will find a way to mass produce it much faster.

Replying to a question as to why it is so difficult to produce a vaccine, he explained that billions of vaccines have to be produced, adding that demand will be so great that companies will not be able to meet it.

“I always said that it would be very good if we can remain in single digits on a daily basis,” he noted, adding that “what we wish to avoid is to see numbers double every day.”

Referring to the number of confirmed cases so far and asked whether this foretells that the situation will become uncontrollable, he said that this is not the case right now, expressing the hope that we will continue to have single digit numbers of confirmed cases daily so that this problem does not present itself.