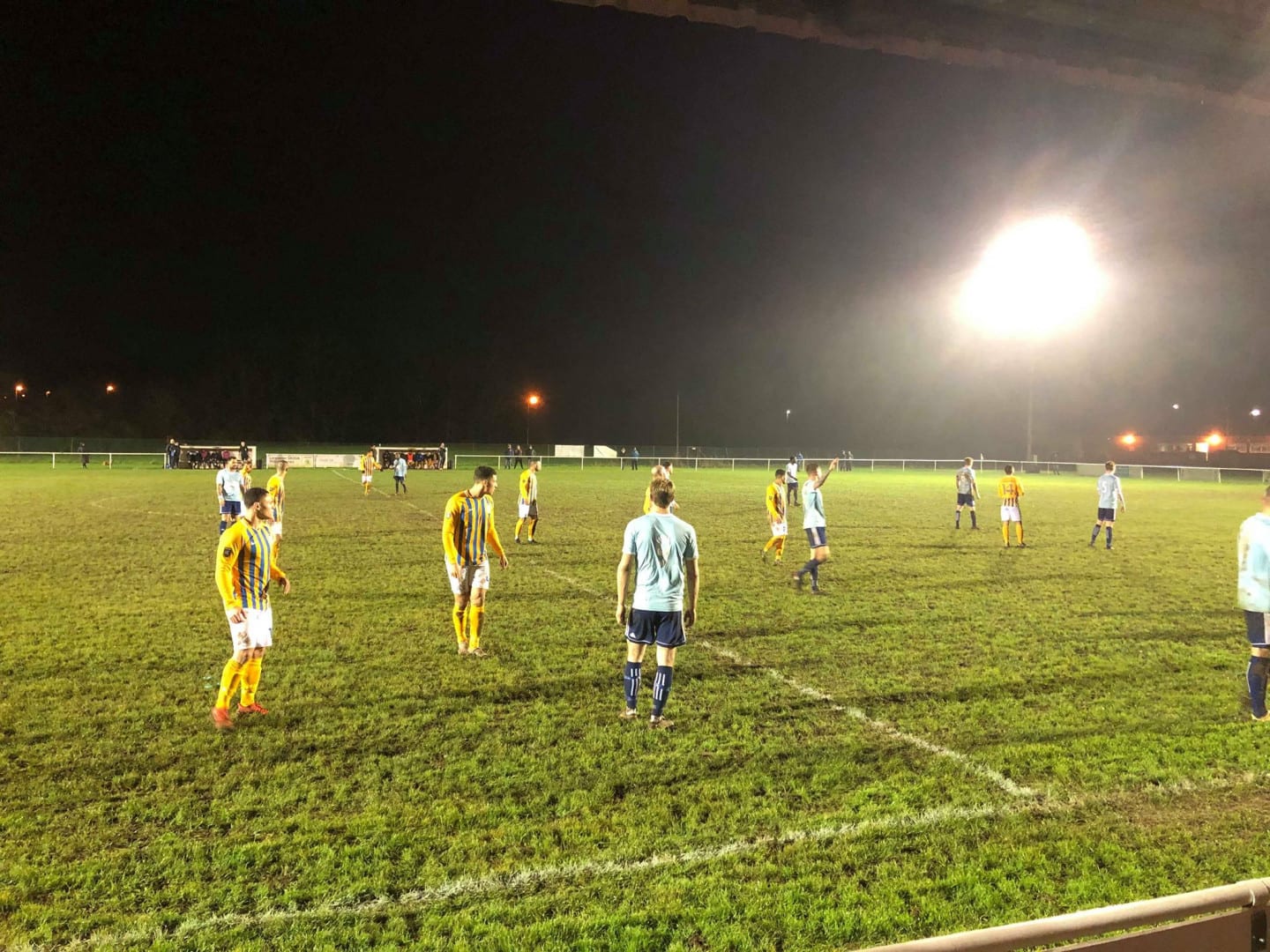 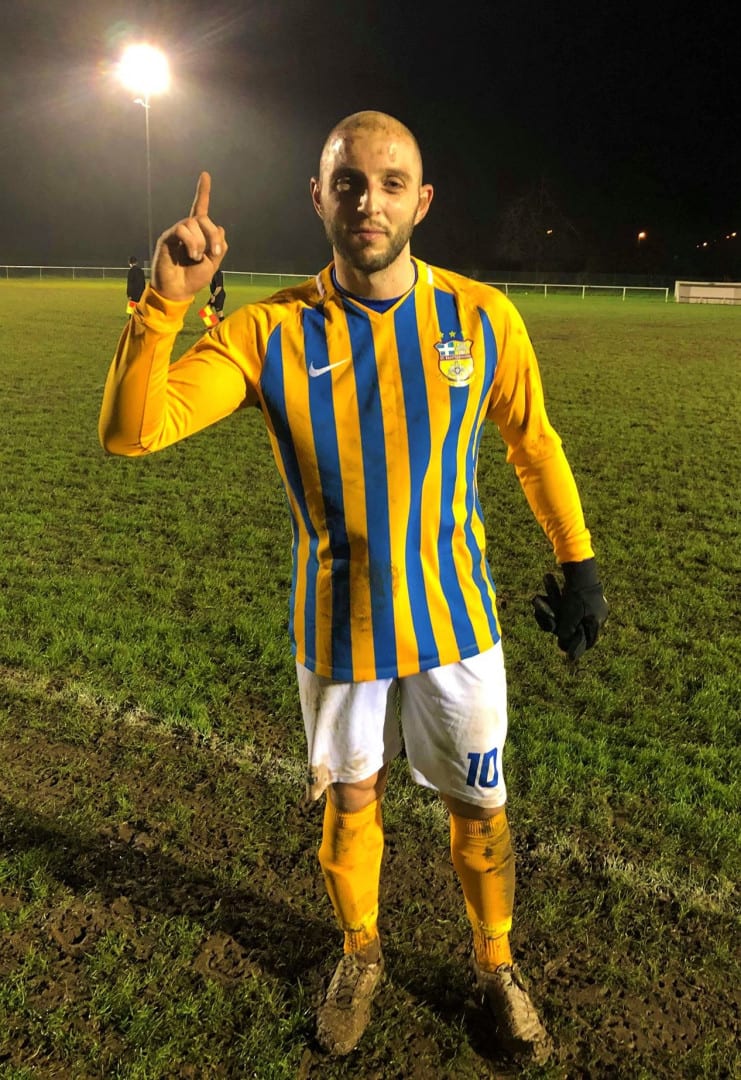 A classic mid-winter Cup tie.  Rain, cold, wind, mud and a cup of Hot Chocolate at half time.

St Panteleimon travelled up to Buckingham Athletic to play the quarter final of the Division One Cup.  It was a messy game, with a difficult terrain and the harshest of darkness, that saw both team struggle to control the game.  This was not a pitch for a football playing side.  So, the players had to dig in and dig deep. And none more so than “Saints” goalkeeper Donald Manaj, who made a string of excellent saves and impressed with a collection of flawless catches.

This shows the spirit and tenacity of the home side, who made the “Saints” work at the back.   Half time came and the Buckingham keeper had hardly been tested. 0-0.

Then a couple of substitutions for the Saints bringing on Ahmed Doukhi and Noyan Tajbakhsh allowed a bit more wing play and penetration.  But it was still a struggle.

The crowd was half expecting another penalty shootout to decide this cup tie (the “Saints” have been involved in two already this season – beating New Salamis in one, and losing to MK Robins in the other).  However, St Panteleimon have become known for their steel, fitness, determination and never giving up.

Solid play from Nico Campbell and tenacity from Javonne Molloy gave a calming influence on a night when it could have gone either way.

Some impressive passing in the 87th minute led to Doukhi gliding past a couple of players on the right, and getting into the box, and his sharp low cross was met by Roberto Katsikas who finished high in the top right corner.

It finished 0-1 to the “Saints” and a deserved man of the match to Donald Manaj.

The “Saints” were jubilant.  They are through to the semi-final. 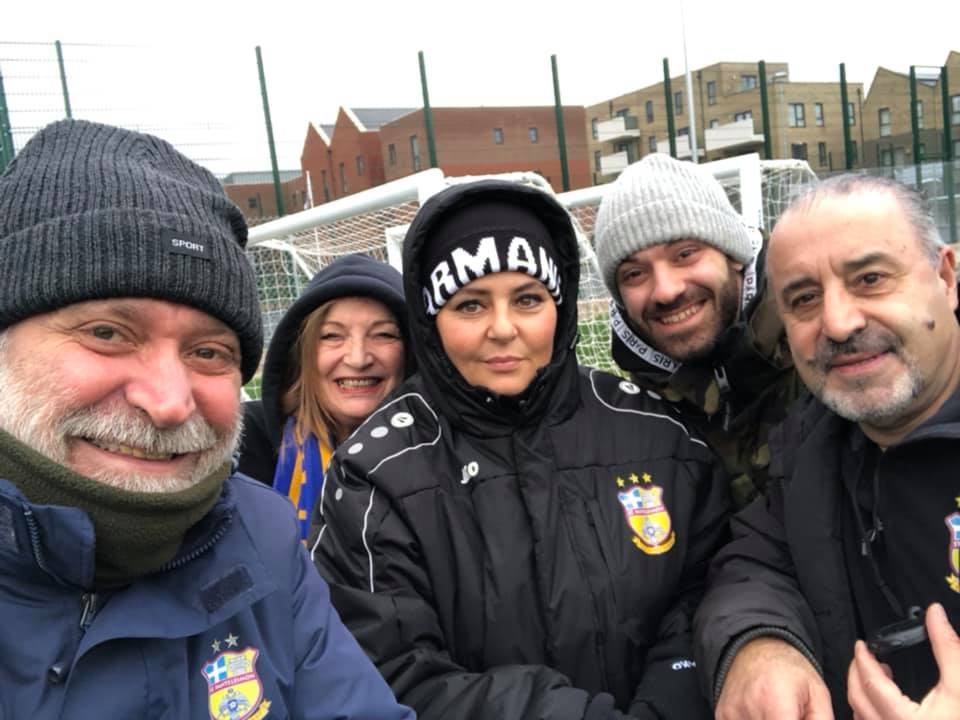