Fire at a block of flats – Tottenham 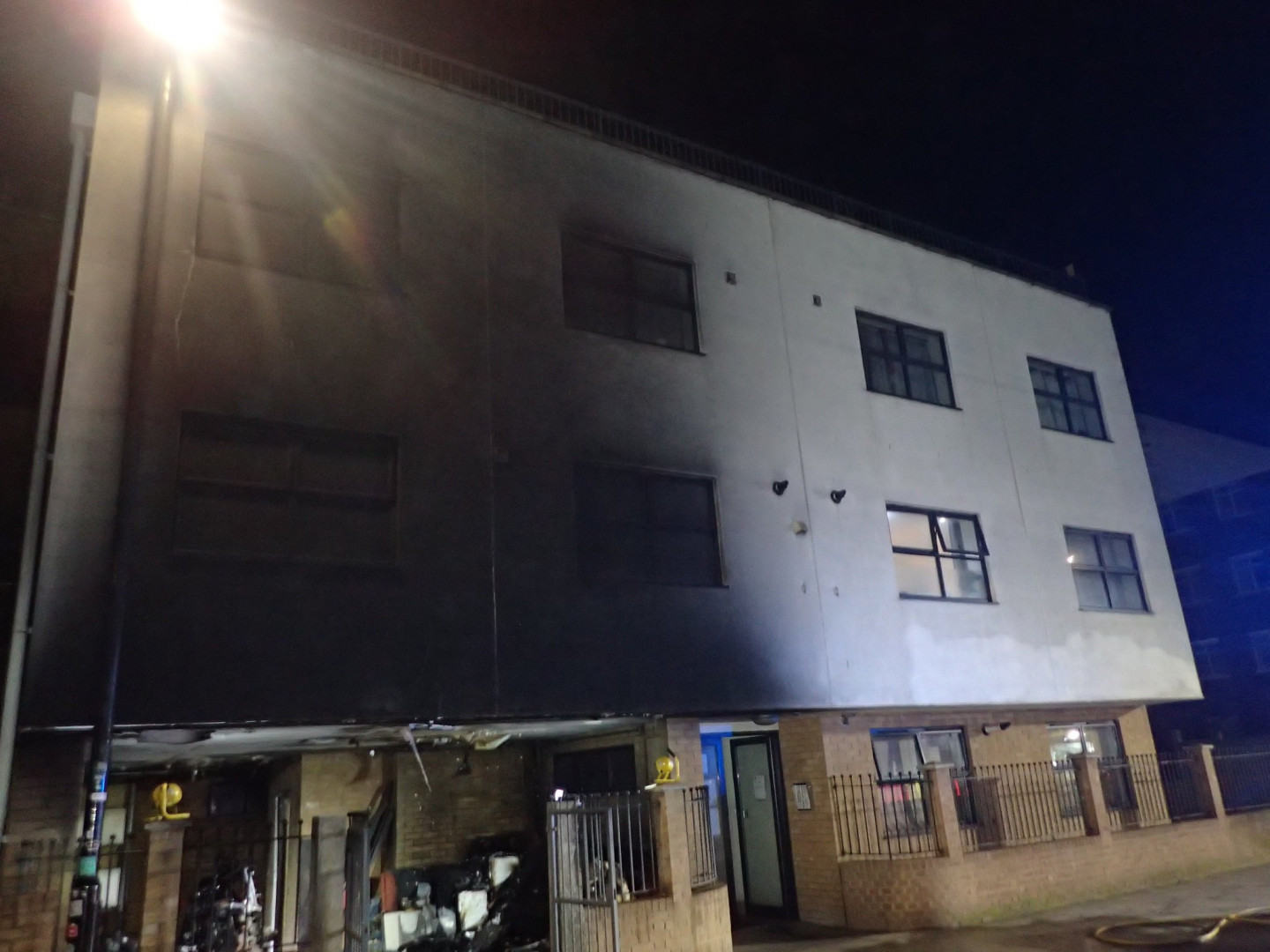 Four fire engines and around 25 firefighters were called to a fire at a block of flats on Markfield Road in Tottenham.

Four motorcycles in the bin and bike store were completely destroyed by the blaze. Around 25 people left the scene before the Brigade arrived. One woman was taken to hospital by London Ambulance Service crews.

The Brigade was called at 0246 and the fire was under control by 0332. Fire crews from Tottenham and Walthamstow fire stations attended the incident.

The cause of the fire is under investigation by the Brigade and the Metropolitan Police.