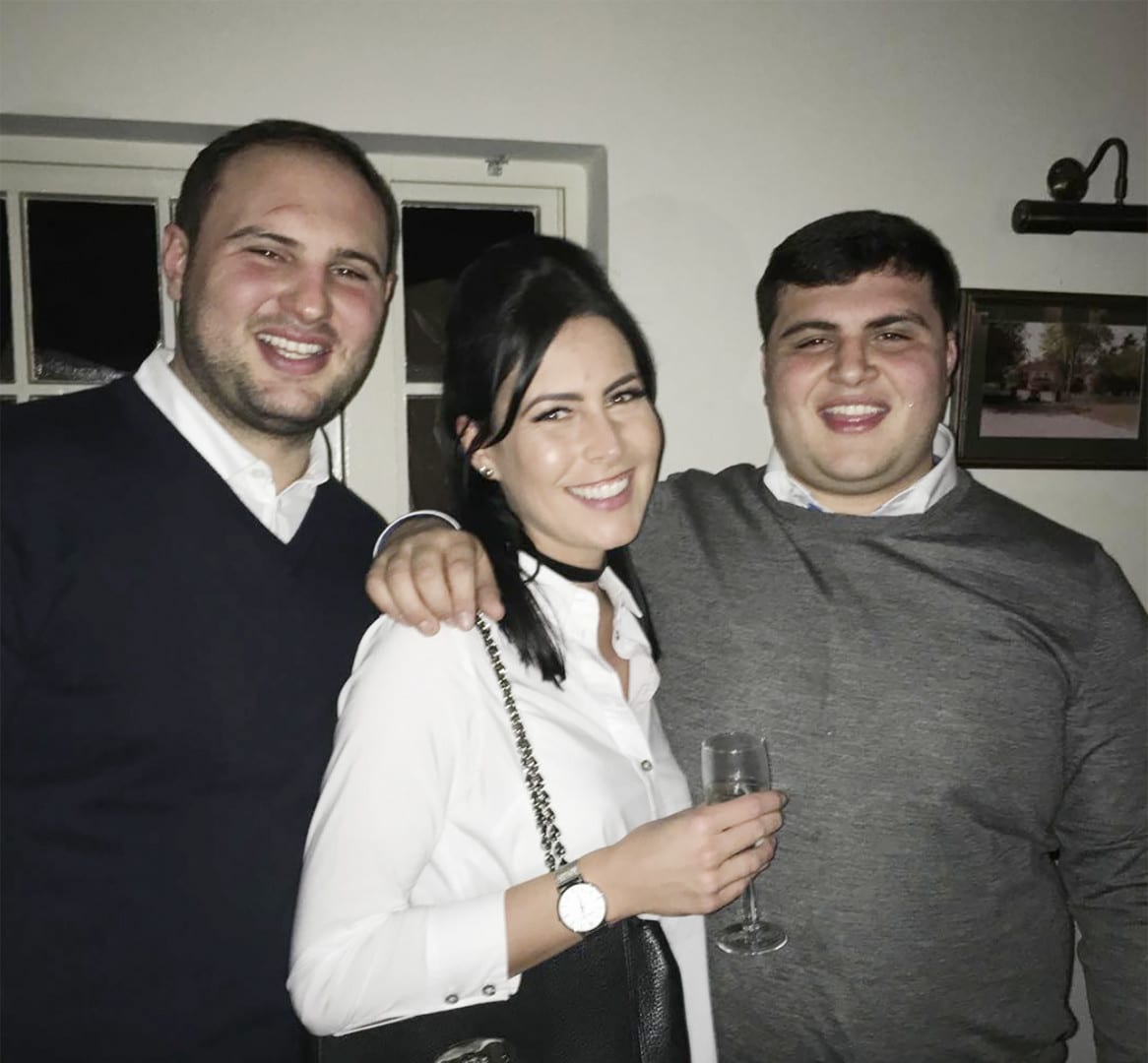 ‘It’s not about the Facebook photo’, says Cypriot national player Billy Cosma, ‘it’s about wearing the shirt with pride, and progressing Cyprus rugby’. After their last-minute win against the Maltese team, ranked thirty sixth in the world last year , Billy – a London-born Cypriot – and his teammates have their eyes set on bigger success. ‘We’re serious about this’, he notes, still jubilant from their victory, ‘me and the rest of the team have become a family, and if we can keep winning, our hope is to make Cyprus a rugby nation – even getting ourselves to The World Cup’. This is the Eton Manor RC player’s ninth international cap, along with his brother George.

Billy with his partner Tess and his brother George, who also plays for Cyprus rugby.

The pair are part of a new generation of Cypriot national players, comprised of not only islanders, but South Africans and fellow Brits – all of whom, ‘have become like brothers’ The Malta game was a milestone fiftieth cap for ‘The Mouflons’, who are set to play Israel in the next match, and their recent successes have proved them as the underdogs with a lot of bite. ‘To beat the thirty-sixth ranked team in the world proves how much potential the team have – if only we could get more funding or awareness’, he notes, citing that theirs is one of the only sides without a vital scrum machine, and often paying out of their own pockets for hotels and flights to represent the national side. ‘Like with Bosnia, where we all chipped in for tickets to Croatia, and then hired a minibus to Sarajevo – it wasn’t a question of ‘if’. 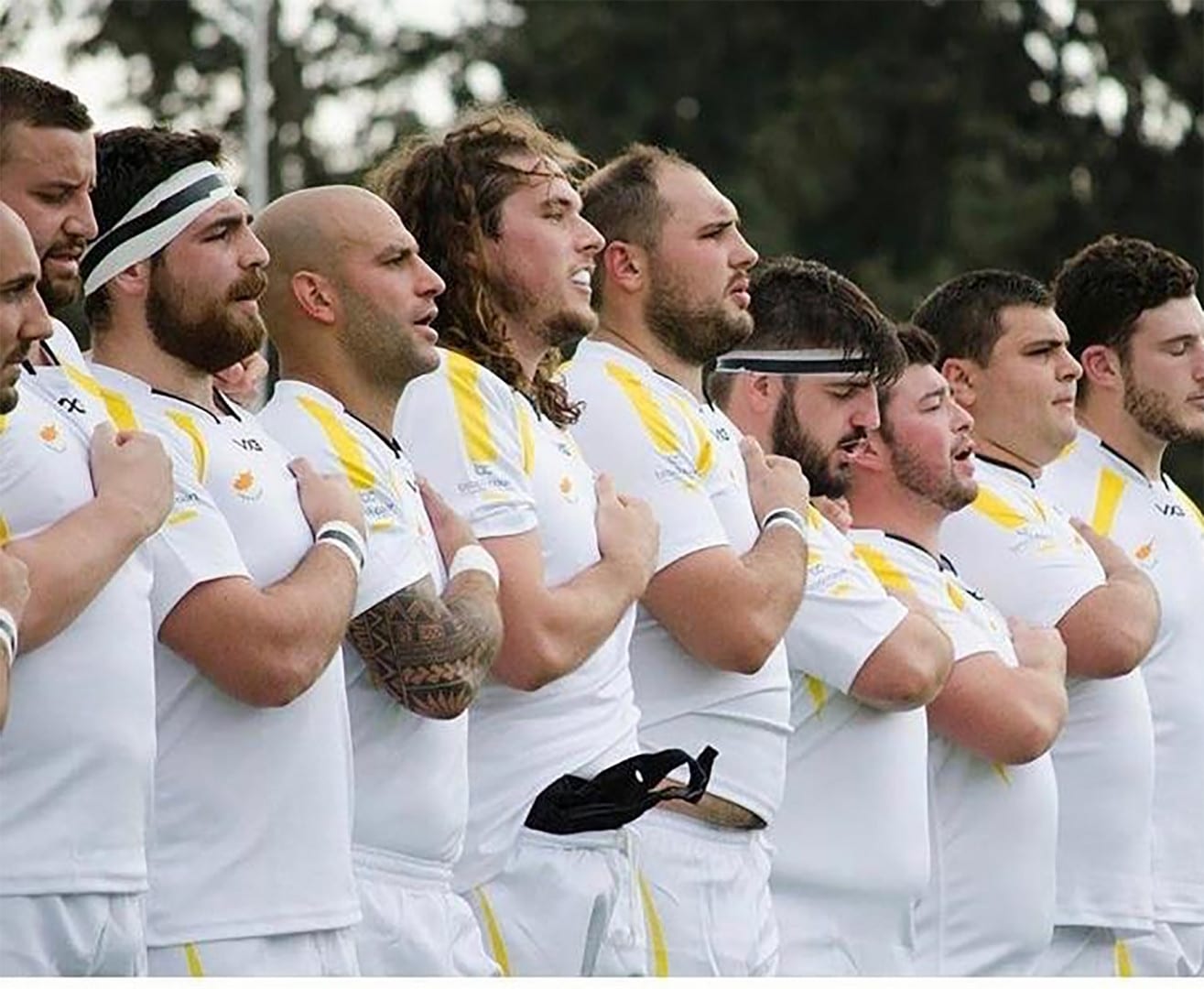 We were going to be there, we were going to play, and we won!’ Stories like this get tragically little recognition from Cyprus, with the team garnering little press, even after their wins. Football and basketball remain the island’s core sports. But ‘The Mouflons’ are proving otherwise. When Billy got his first call up at 19, after being scouted at a game for his native Woodford, he didn’t know what to expect. ‘I shared a ride with one of the other players, and we hit it off instantly’. After training in Macclesfield, he went on to impress the coaches and earn his first international cap. ‘They were mostly old guard, many of whom no longer play for us. Today’s team is entirely new brotherhood – but we want to be a continuation of Cyprus rugby that makes future and past generations proud’ He mentions the feeling of singing the National Anthem to a theatre of travelling fans. ‘I’ll be honest, I well up!’ he says, ‘it’s honestly hard to describe that feeling of playing for your national team, for wearing the shirt… and in the end, even though we pay for ourselves – we will show up to represent’. It’s one of the unnoticed sacrifices the national team is making. 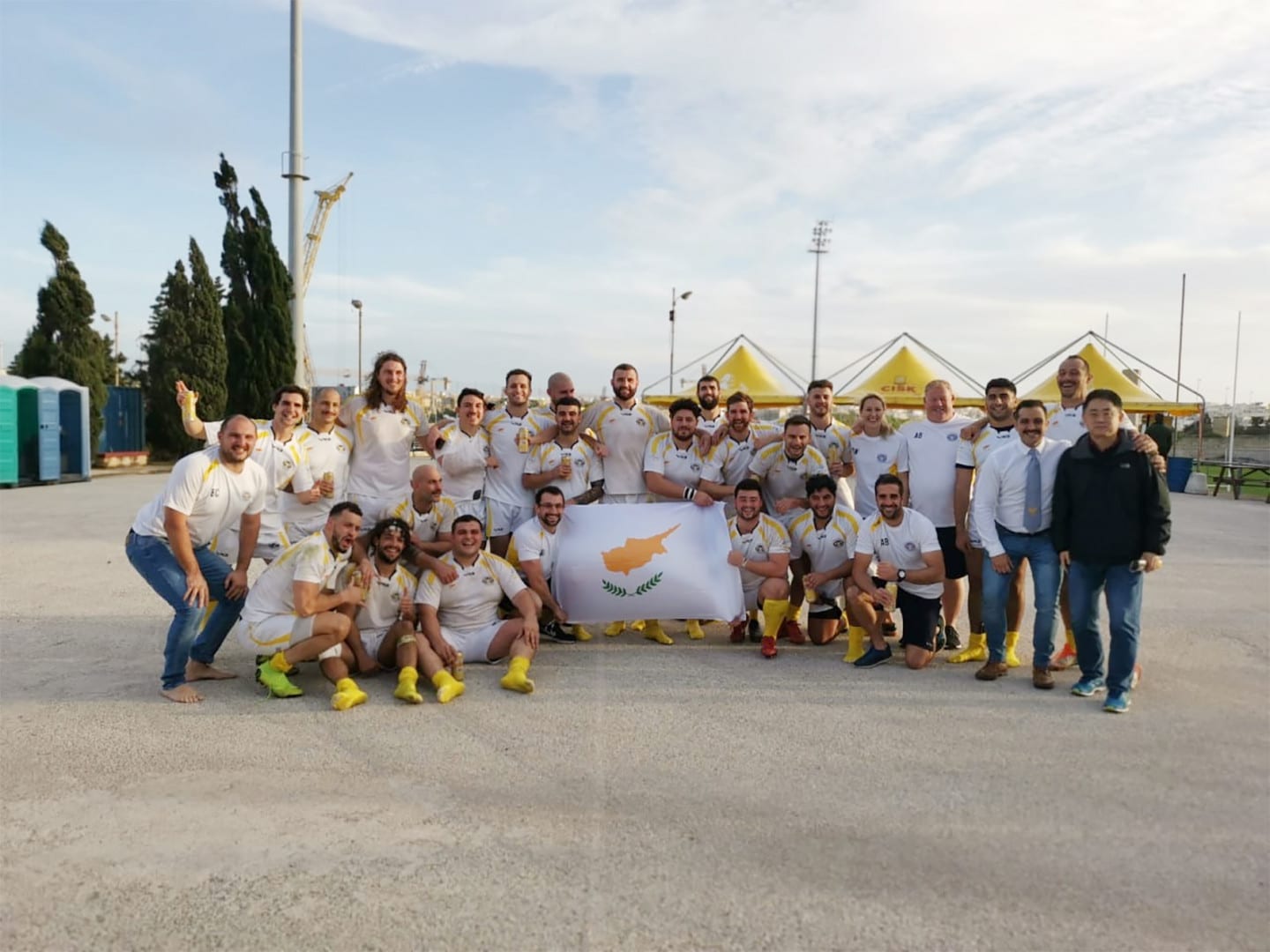 Billy, now 28, has a family and runs a business. ‘I love this game, but I’ve probably got a few years left in me’, he says, ‘I’m hoping to inspire the next generation to join us on the road to the World Cup’. (If you’re interested in try-outs, the contact details for UK camps are added at the bottom of this article) ‘I also reckon that they could do more in Cyprus, by introducing rugby scholarships at the universities’, he suggests. ‘Without the infrastructure on the island, the team is running mostly on morale and the expertise of our brilliant coaches. Hopefully, we’re getting some respect from Cyprus, and the Cypriot diaspora. After all, we’re doing it for them; for the island, and for the future of the sport on the island’. He might have his prayers answered. The victory against Malta sent shockwaves into the rugby world. ‘A member of Cyprus’s sports committee actually showed up in the locker room after a recent match, and said he’d never seen so much pride in the play. We even had a surprise visit from the Chinese ambassador’, Billy laughs, ‘it was quite a special moment. He said we played remarkably, and wished us well’

The road to the World Cup is a long and hard one. But Billy and his teammates are not content to rest on their laurels. ‘We’re not a stagnant side. We want to keep winning. Israel’s our next game, and it’s going to be difficult’, he admits, ‘but with the support of the Cypriot fans – from England and the island – anything is possible’.

The challenge, and hope, is to have more of us following the national side. With footballing failures becoming de-rigour for our small island, perhaps it’s time we backed our boys on the rugby field, those who sacrifice so much to play for their country, and who ask nothing in return but support.