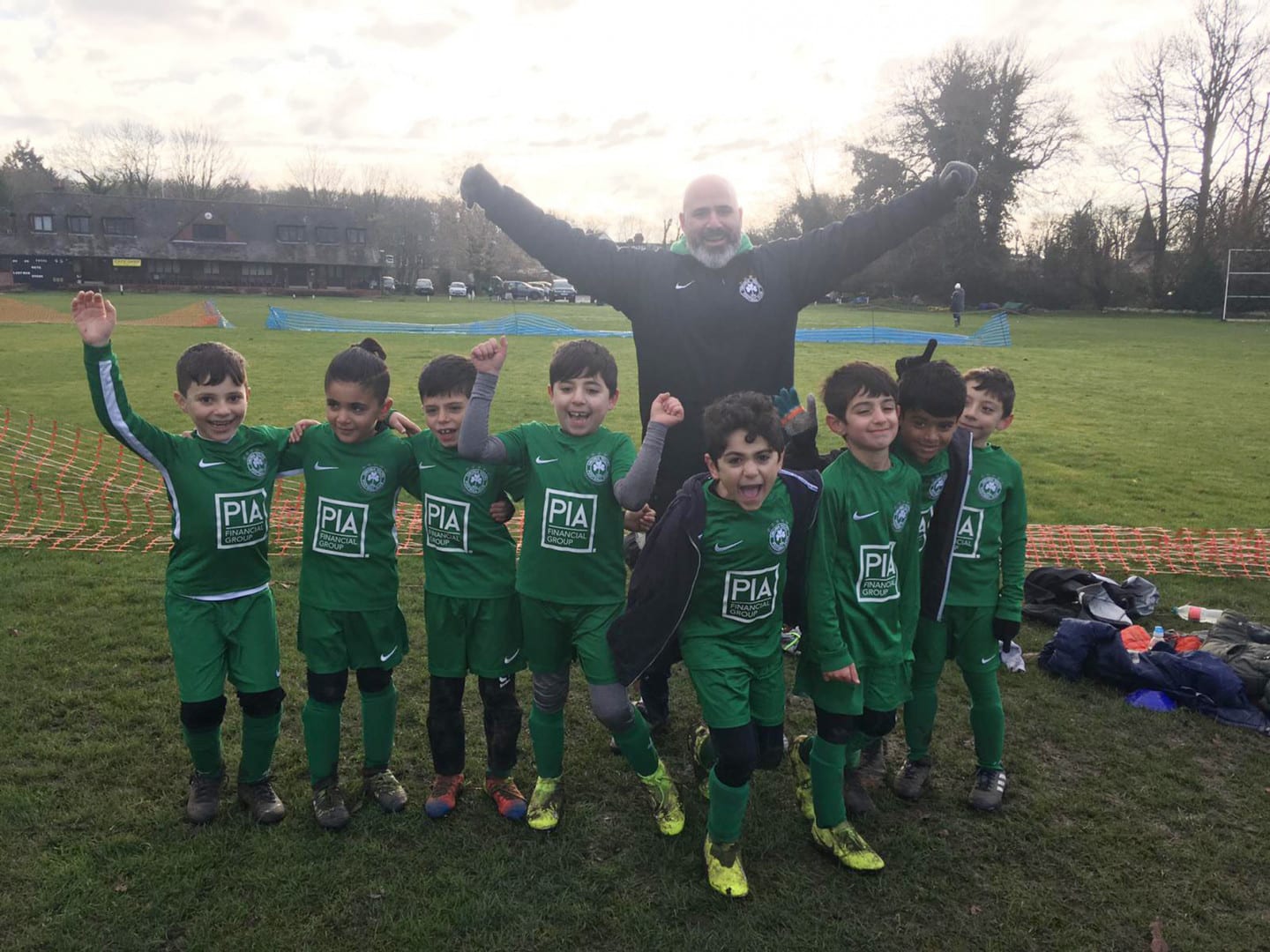 George Sammoutis and Harry Theodorou were delighted with the performance of their Under 8 Silvers (photo above). They boys had a great game, showing really big improvements in all areas of match play and loving  their football.

Mario Demetriou, George Kettenis and John Praou’s Under 8 White entertained the watching crowd of parents as they were invoivled in a very attacking game of football which they all enjoyed while Jason Xavier and Stel Petrou’s Under 8 Gold showed god spirit in a challenging match. 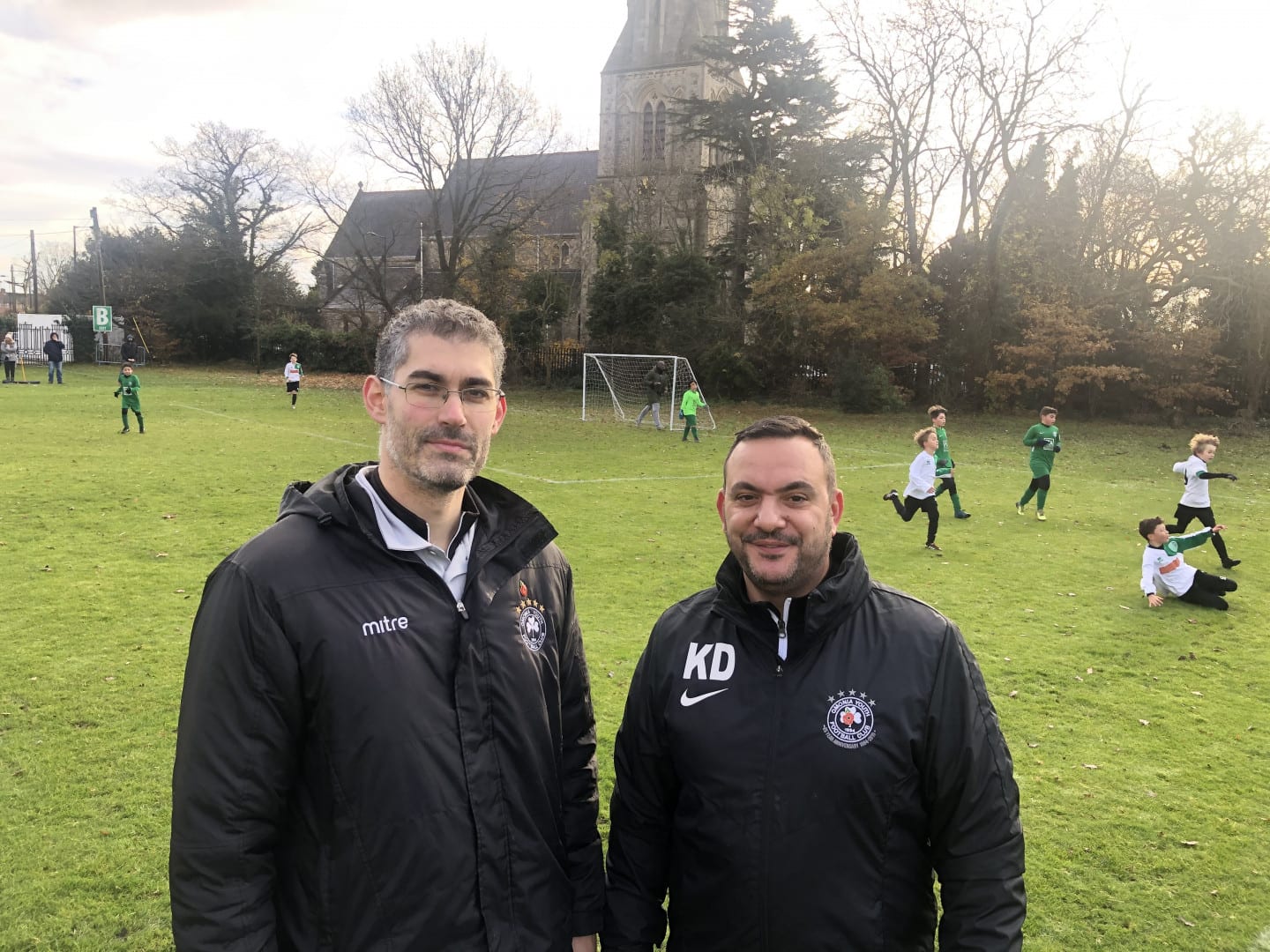 Kerem Denizer and John Frangou’s Under 10 Greens were excellent as they enjoyed their game on Sunday morning Great camaraderie and togetherness was shown by all the boys.

Andi Panayiotou’s Under 11 Gold are enjoying being given the freedom and responsibility as players to make their own decisions. They are growing as a team and thoroughly enjoyed their game in Sunday.

Nick Paraskeva’s Under 9 White are given all the encouragement and positivity they need as they too played with smiles on their faces during their Sunday morning match at The Walker’s Ground in Southgate.

Likewise Jay’s Under 9 Green (Photo above) above are having a positive experience on the football field.

In competitive football, Mario Yiasemi’s Under 13 Gold enjoyed a superb first half as their performance dominated their opponents. The boys showed great passing and movement and scored plenty of goals in an overall 9-3 win. In the second half complacency set in as they lost concentration but it didn’t detract from what was an excellent win. Goals were scored by Arda (3), Muzzammil (3), Dhiren (2) and Luca’s first goal for the club. Ibrahim was named Man of the Match.

Nick Georgiou and Dino Savva’s Under 18 Gold lost for the first time in nine league games as defensive errors cost them dear. They went down 4-3 in a difficult and physical game which they will no doubt learn from. Man of the Match Peter Michael (2) and Styli Chrysostomou were scorers.

Kyri Georgiou’s Under 18 Green played a team who had won nine games out of nine in all competitions this season and they put up a brilliant display of resilience. The Under 18 Green turned up to the game with 12 players, one of which got injured in the warm up and another got injured five minutes into the game. Having gone 2-0 down early on, the team showed incredible determination to fight back with 10 players to make it 2-1 before going 3-1 and 4-2 down. Guts, determination, hard work and discipline was needed as the Under 18 Green eventually got a deserved 5-5 draw. Goals from George Ioanou (2), Stelios Minas, Andrew Kirtsides and Michael Speers with Andreas Georgiou named Man of the Match.

Chris Gregoriou’s Under 18 White lost 5-3 in a game characterised by individualism rather than teamwork. A lesson to be learned! Man of the Match Steven Wright got two goals with Tariq Stewart getting the other one.

Should you feel enthused and want to know more about Omonia Youth FC, you can contact the club via the contact page on the club’s website www.omoniayouthfc.com