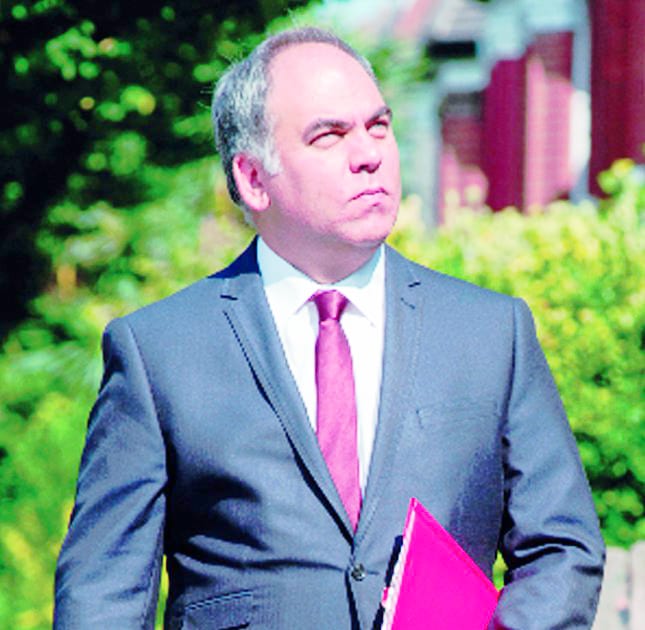 Happy birthday to Bambos Charalambous who celebrates his birthday today. Bambos was elected as an MP for Enfield Southgate in  June 2017. Before this he was a solicitor and worked for Hackney Council on their housing litigation team for 16 years. His  parents came from Cyprus and is the first MP whoseparents are both Cypriot. He was born in London and raised in Bowes Park. He loves Enfield and grew up there

Many of his friends and family live in the area. As a child he went to St Michael at Bowes Junior school, where he is  now a school governor. He was a  councillor for Palmers Green ward for 24 years – the place that has been his home for most of his life. Before entering parliament he was Enfield Council’s cabinet member for Leisure, Culture, Localism and Young People.

​As a member of the Justice Select Committee he will be focusing on the Legal Aid cuts, access to justice and other crucial areas that impact on his constituent’s lives. He is also a member of All-Party Parliamentary Groups on London, Cyprus, Crossrail Two, Autism, Sex Equality, Music, Global Education For All and London’s Planning and Built Environment. He is a strong voice for Southgate and Enfield.

For us as a UK Cypriot community, its a must that we try and get him into Westminster again. Its not about politics,  it is that he is one of our own and seeing a UK Cypriot as an MP in British Parliament its a testimony to our elders who came to the UK to seek a better life to work and educate their children. And what better example it is to see one of own reach the status of an MP and hopefully our children will see this and also set themselves a goal that they also can achieve.