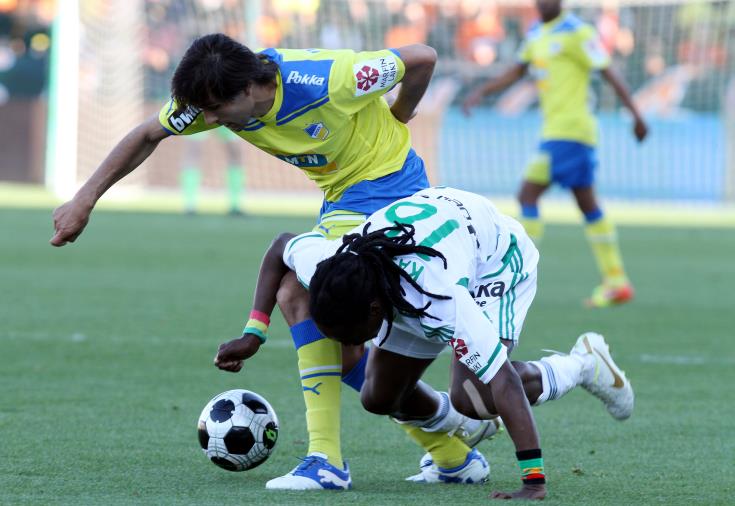 The local derby between Omonia and APOEL was the highlight of Match Day 11 of the Cyprus Football League. The “el classico” was played  at GSP Stadium tonight but it never achieved its expectations ending in a 0-0 draw.

Omonia ranks second in the Standings with 21 points, 3 behind Anorthosis that is leading, and APOEL is in the fourth place, with 17 points in 7 games.

AEL beat Ethnikos Achnas 1-0 with their goal coming from Jurado in the 29th minute and AEL played the last thirteen minutes with ten men when Gaztanaga sent off in the 77th minute but still hold the third spot in the league. Doxa Katokopias beat Pafos 1-0 with a last minute goal coming from Dervite.

Apollon lifted themselves to fourth place by beating Nea Salamina 4-1 their goals coming from Zelaya , Gakpe 2 and Pereyra in added time and Nea Salamina scored through a Onuegbu penalty.