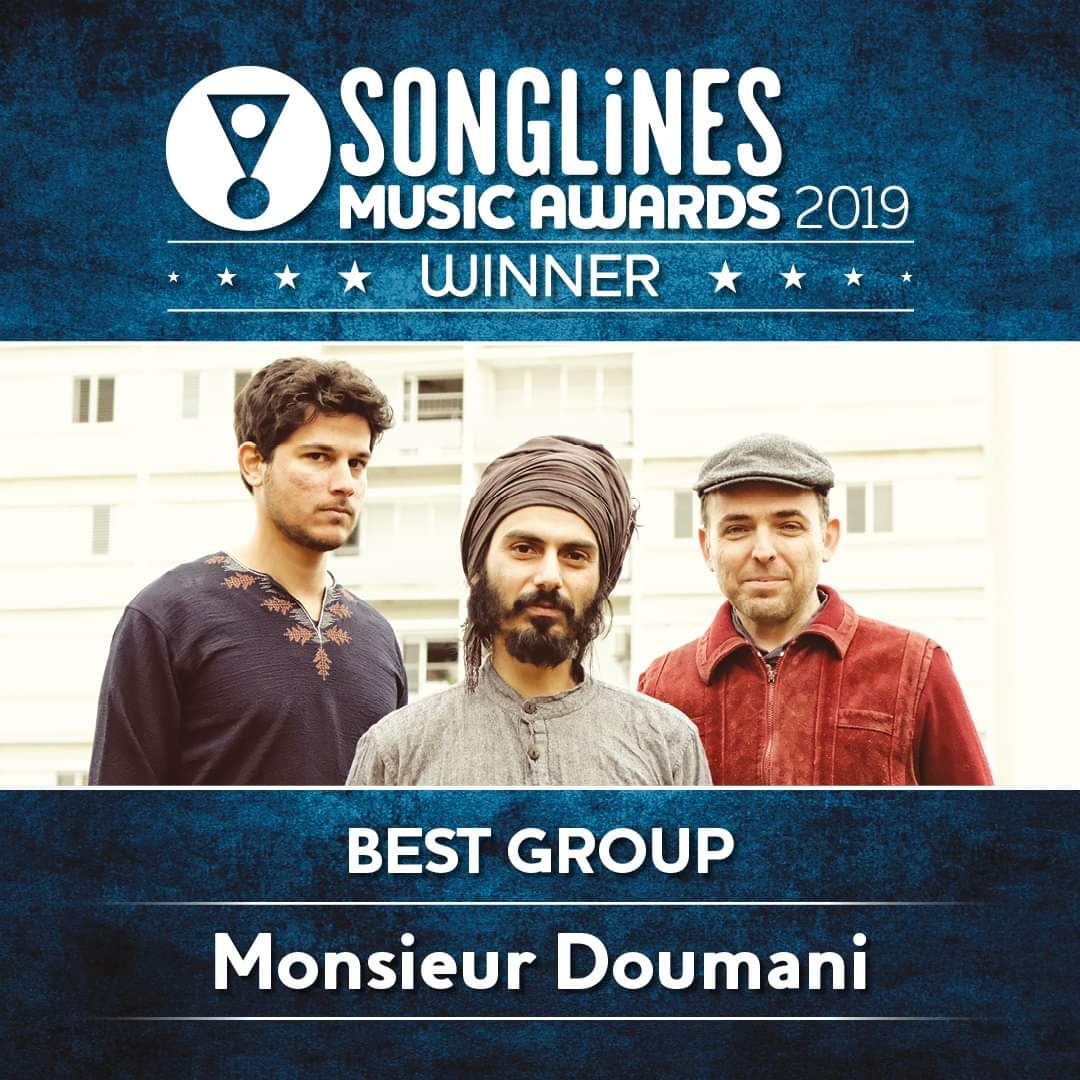 thrilled to announce the winners of the Songlines Music Awards – now in their 11th year. These awards aimed to showcase some of the remarkable artists from around the world that they have covered in the magazine. Below you will discover the winners of their five geographical categories and also the Best Artist, Best Group, Newcomer and World Pioneer awards, which were announced at the awards ceremony on Saturday November 30 at London’s EartH. Hosted by Cerys Matthews, the ceremony featured performances from a selection of winners and nominees including Mariza, Fatoumata Diawara, Seckou Keita, Gaye Su Akyol and Monsieur Doumani.

Taking their influences from the Greek-speaking world, Turkey and the wider Balkans, the third album from the Cypriot trio – with an unlikely line-up of the bouzouki-like tzouras, guitar, flute and funky trombone – is their most satisfying to date. Poetic lyrics, traditional melodies and a dash of blues are delivered with glorious exuberance.
They are known to the London community from appearing at the Cypriot Wine Festival three years ago.
A Top of the World in #137.