Another win for St Panteleimon 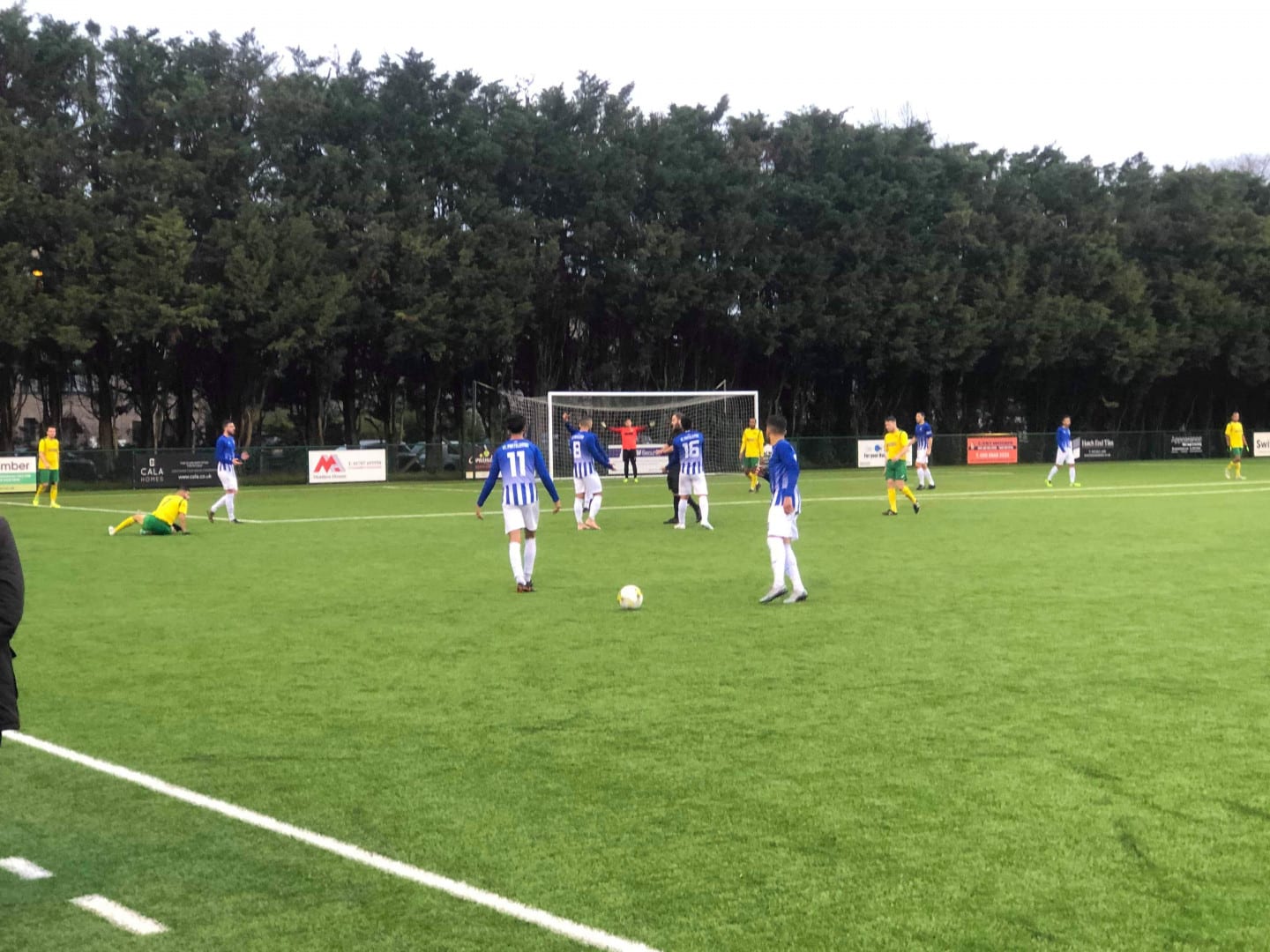 Speedy Ayub gets another hat-trick

A sweet and hard fought win for the Saints today, as they visited Rayners Lane, at their state of the art facilities. One of only two games played in the Spartan Division One, saw St Panteleimon battle hard and keep the faith. They were caught offside about 8 times in the first half, and their passing game was well suited to the lively 3G surface.

The home side started well with a goal after 20 minutes. The Saints passed the ball well and gave a debut to new players Brad Gilmainey and Danny Gelyanah.

The fastest attacker in the league Ayub Al-Albadri was on the scoresheet after 28’, when his clinical finishing and speed was too much for the defence and the keeper. And then again 8 minutes later, when Javonne Molloy made a precision pass and found Albadri who scored with a fierce shot in the top corner. 1-2 to the Saints and half time.

Rayners Lane came out strongly in the second half and stubbornly kept the Saints in their own half. A penalty on 68 minutes, allowed the hosts back in with a 2-2 scoreline.

The Saints kept at their game, and then two superb finishes sealed the game – one from Martial Cobianchi on as a substitute, and then Albadri getting his hat-trick in stoppage time.

A priceless 3 points for the Saints and a creditable 2-4 scoreline.

The Christmas break sees the Saints lead the table by 8 points, with a +38 goal difference.

And the fixtures for the calendar year draw to a close next Saturday 28th, with the Saints at home against FC Broxbourne Borough.

A happy Christmas to all from St Panteleimon FC.