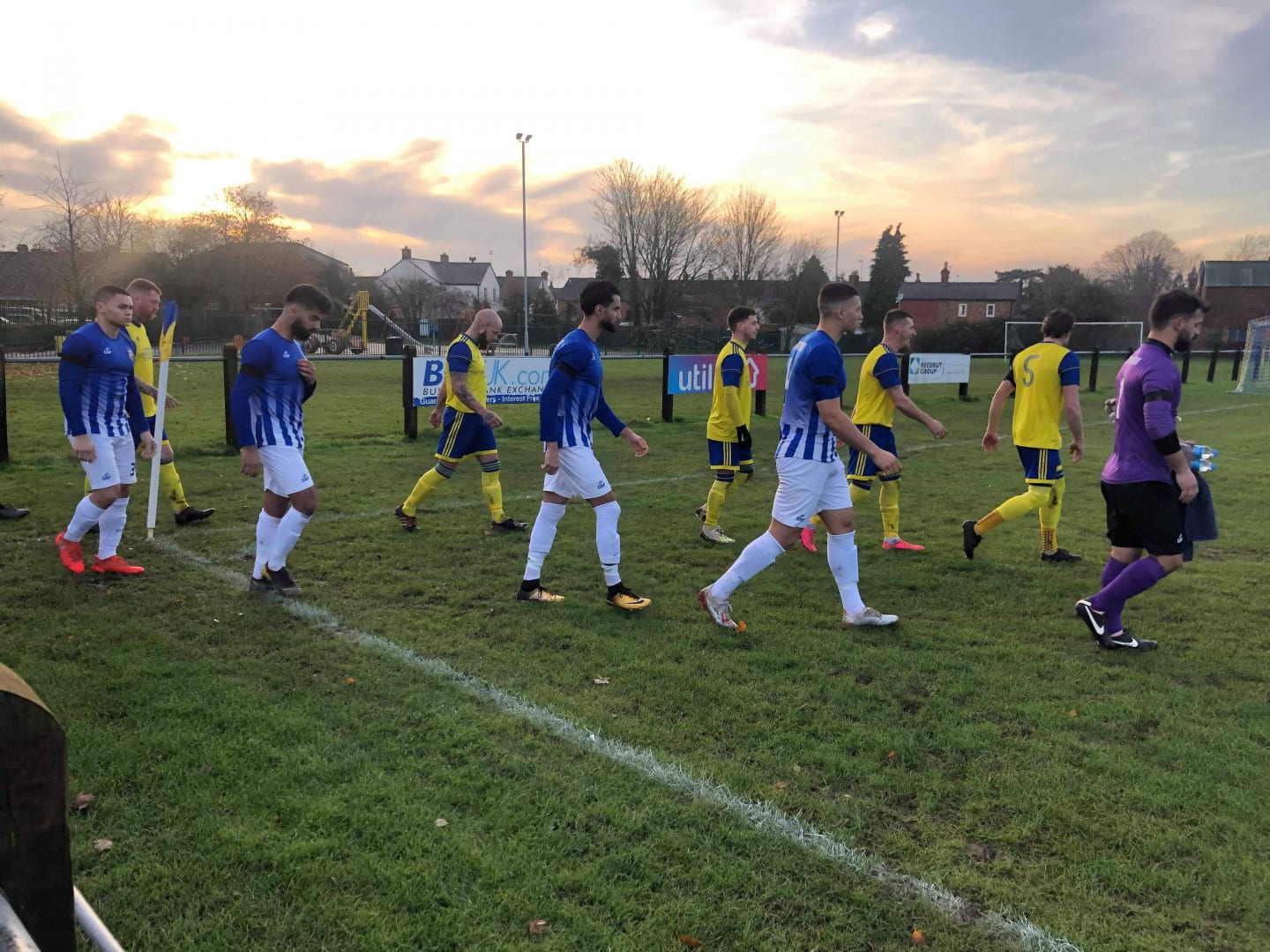 The Saints are human after all

Before kick off, the teams lined up to observe a minute’s silence as a mark of respect for the deaths in the recent Albanian earthquake. Albania is the homeland of Saints’ keeper Donald Manaj, and defender Aristotelli Nasai.

An incident filled game with lots at stake started energetically and had non-stop action until the end.

The home side took the lead after 12 minutes, and despite some good football and passing from the Saints, the Winslow keeper kept them out all through the first half. Winslow scored a second on 42 minutes.

The second half had everything – two sin-bins at the same time and then a red card for Winslow. Then a third goal to make it 3-0 on 60 minutes.

The Saints had nothing to lose at this point, and played their pass and move game, finding space. Monti and Albadri making penetrating runs and passes. It paid off for a while, as Noyan Tajbakhsh got one back and then converted a penalty to make it a tense 3-2 going into the last 15 minutes.

Winslow then added a fourth with 5 minutes to go. There was some late drama, when a second penalty was awarded for the Saints. Tajbahksh stepped up for his hat trick, but he struck the post.

Winslow are now 4 points behind The Saints, with a game in hand.

The Saints are at home next week, 7th December, against Shefford Town & Campton FC.