Population in government-controlled areas of the Republic of Cyprus estimated at 875,900 in 2018 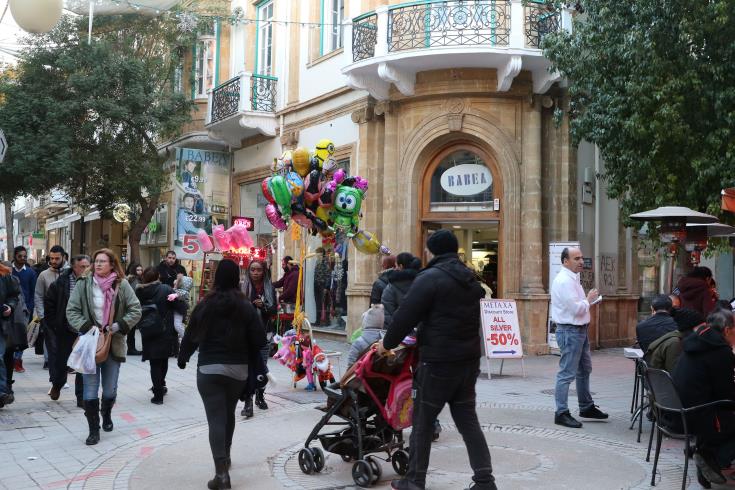 The permanent residents of foreign citizenship were estimated at 155,600 at the end of 2018, constituting a proportion of 17.8% of the total population in the government-controlled areas.

Cyprus has one of the lowest proportions of extra-marital births in Europe and fertility is mainly marital fertility. In 2018, 1,752 children were born out of wedlock constituting a proportion of 18.8% of the total number of births.

The mean age of women at the birth of their first child was 29.4 years in 2018 while the mean age at birth irrespective of the order of child was 31.0 years.

The age composition of the population portrays a somewhat younger age-structure than the European average. The proportion of persons aged 65 and over is among the lowest, while at the same time the proportion of children below 15 is among the highest. The abrupt decrease of fertility in Cyprus recorded during the nineties and the increase of the fertility indicator in some European countries in the last few years, resulted in placing the total fertility rate of Cyprus below the average of the European Union countries (1.6 for the year 2017).

Life expectancy at birth in Cyprus is above the average of the European Union (78.3 years for males and 83.5 years for females for the year 2017).