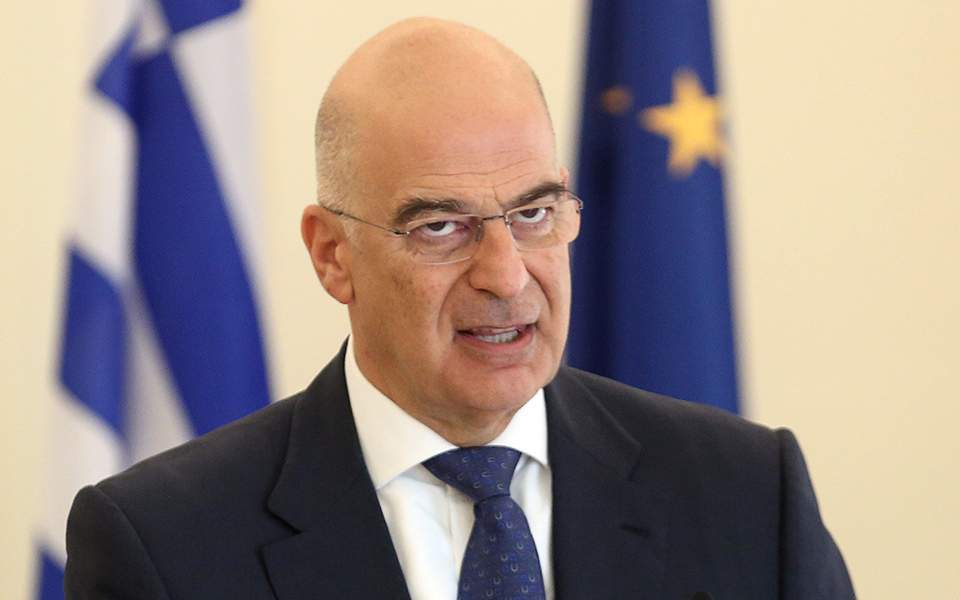 Any discussion on the establishment of an exclusive zone between Turkey and Libya is “completely unacceptable” and “beyond all reason,” Greece’s Foreign Minister Nikos Dendias said Thursday, in the wake of the agreement signed between the two countries.

The Turkish government announced Thursday that Turkey and Libya’s internationally recognized government have signed a deal on maritime boundaries in the Mediterranean Sea as well as a deal on expanded security and military cooperation.

“Such an effort shows a complete lack of geographic knowledge, because it obviously ignores something that I think everyone can see; that between these two countries lies the large geographical volume of Crete,” Dendias told journalists at a joint press conference with visiting Dutch counterpart Stef Blok.

“Therefore, I think that any such effort verges on the ridiculous,” he continued, adding that Greece is ready to send an ambassador to Libya when conditions allow it.

During their meeting, Dendias and Blok agreed on the need for a fair distribution of burdens on the issue of migration and rejected efforts by Turkey to use migrants as a tool of pressure, the minister said.

“In the same way that Greece exhausts all efforts to protect the European Union’s external borders, our partners…need to take on their responsibilities.”

The two officials also discussed bilateral, regional and European issues, with emphasis on the European perspective of the Western Balkans and developments in the Eastern Mediterranean.