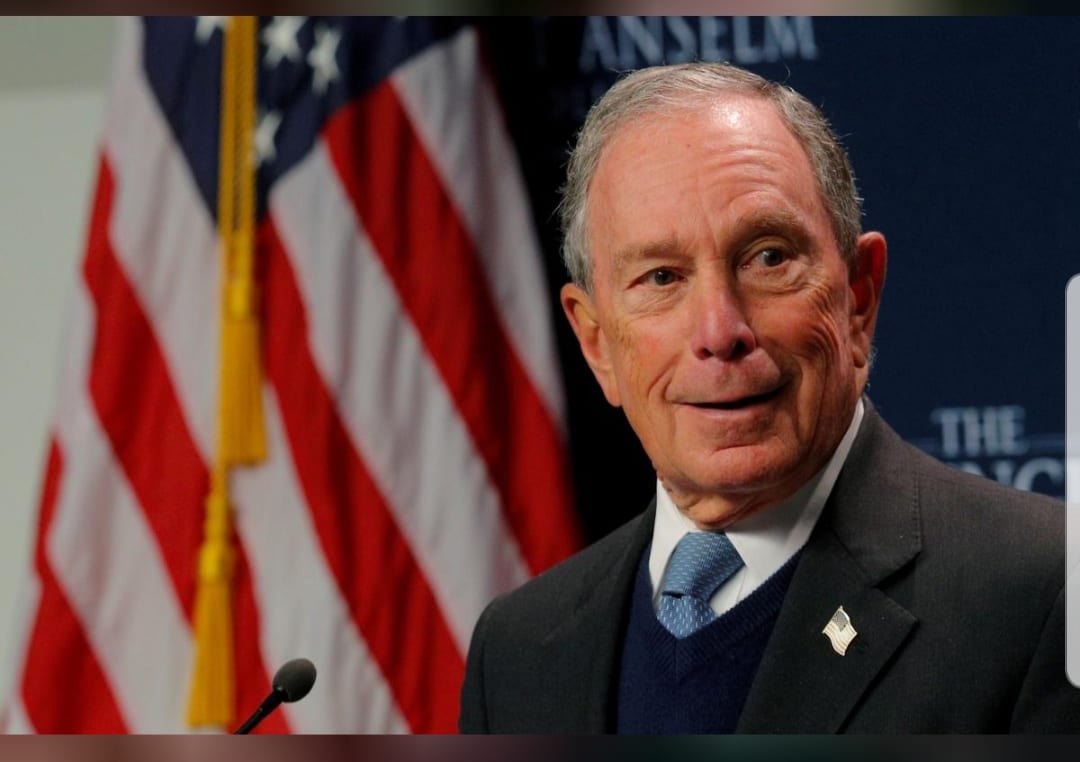 The move represents an about-face for Bloomberg, 77, who had said in March that he would not make a run for the White House.

“I’m running for president to defeat Donald Trump and rebuild America. We cannot afford four more years of President Trump’s reckless and unethical actions,” Bloomberg said in a statement on his campaign website.

The media mogul, who founded prominent media company Bloomberg LP and serves as its chief executive, spent at least $31 million in television ads which will run in states across the country over the next two weeks, a campaign spokesman said.

“I don’t have that money … but I have actually gotten things done in the gridlock of Washington,” U.S. Senator Amy Klobuchar said on ABC’s “This Week” programme on Sunday.

Others candidates rebuked Bloomberg’s massive ad buy even before his official announcement on Sunday.

“I’m disgusted by the idea that Michael Bloomberg or any other billionaire thinks they can circumvent the political process and spend tens of millions of dollars to buy our elections,” U.S. Senator Bernie Sanders said in a statement on Friday.

Ranked by Forbes as the eighth-richest American with an estimated worth of $53.4 billion, Bloomberg joins activist Tom Steyer as the second billionaire to enter the Democratic race and will have the advantage of being able to self-finance his campaign and pour millions of dollars into advertising and hiring staff.

Bloomberg has been critical of anti-Wall Street crusader Warren and her plan to tax the super wealthy to pay for programs ranging from universal healthcare to free college tuition. He will compete with Biden and Buttigieg to become the moderate alternative to the liberal agendas of Warren and Sanders.

He has won allies in the party with his advocacy and philanthropy on climate change and in fighting gun violence, pouring millions into groups pushing for more restrictive gun laws. Bloomberg served as mayor of New York, the largest U.S. city, from 2002 to 2013.

Bloomberg had filed paperwork on Thursday with the U.S. Federal Election Commission to run for president. He already had filed paperwork to be eligible for the Democratic primary in Alabama and four other states with early deadlines for ballot qualification.

Bloomberg will face significant disadvantages because of his late start, which means he will be playing catch-up with rivals who have been putting together campaign staffs for months ahead of the state-by-state battle for the Democratic nomination.

To counter that, he plans to pursue the unorthodox strategy of skipping the four states with early nominating contests in February, beginning on Feb. 3 in Iowa, and focus primarily on the states that hold primaries and caucuses starting on so-called Super Tuesday on March 3.

No winning presidential contender has ever pursued a similar strategy.

Bloomberg already has come under fire from liberal critics who say he would be the wrong choice for a Democratic Party turning against corporate money in politics and dedicated to ending income inequality in America.

He also is certain to face renewed scrutiny over his record as mayor and as the head of his own media company for nearly 40 years.

He apologised this month for New York’s “stop and frisk” policy that allowed police to stop and search people on the street, which was decried as racist for overwhelmingly targeting black men. Black voters are a critical Democratic voting bloc.

Bloomberg also has been mocked by some critics for attempting to ban sodas sold in cups larger than 16 ounces (473 millilitres) in an effort to reduce sugar consumption in the interest of public health amid high rates of obesity in the United States. The proposal was ultimately struck down by New York courts

Bloomberg will face questions about his decision to run for New York mayor in 2001 as a Republican. He switched to independent before a run for a third term in 2009. In 2018, while weighing whether to run for president, he switched his party registration again and became a Democrat.

At 77, he also will be the second-oldest candidate among the Democrats in a race in which age has been an issue as the party debates whether it is time for a new generation of leadership. Sanders, who took time off from the campaign trail after a heart attack in October, is the oldest at 78. Biden is 76. Warren is 70. Trump is 73.

Public opinion polls show most Democrats do not share Bloomberg’s dissatisfaction with the other Democratic contenders. A Monmouth University poll taken in late October and early November found three-fourths of Democrats were satisfied with their choice of candidates and just 16% wanted someone else.

Bloomberg considered running in 2016 but decided against it, endorsing Democrat Hillary Clinton instead.