SORRY WE MISSED YOU 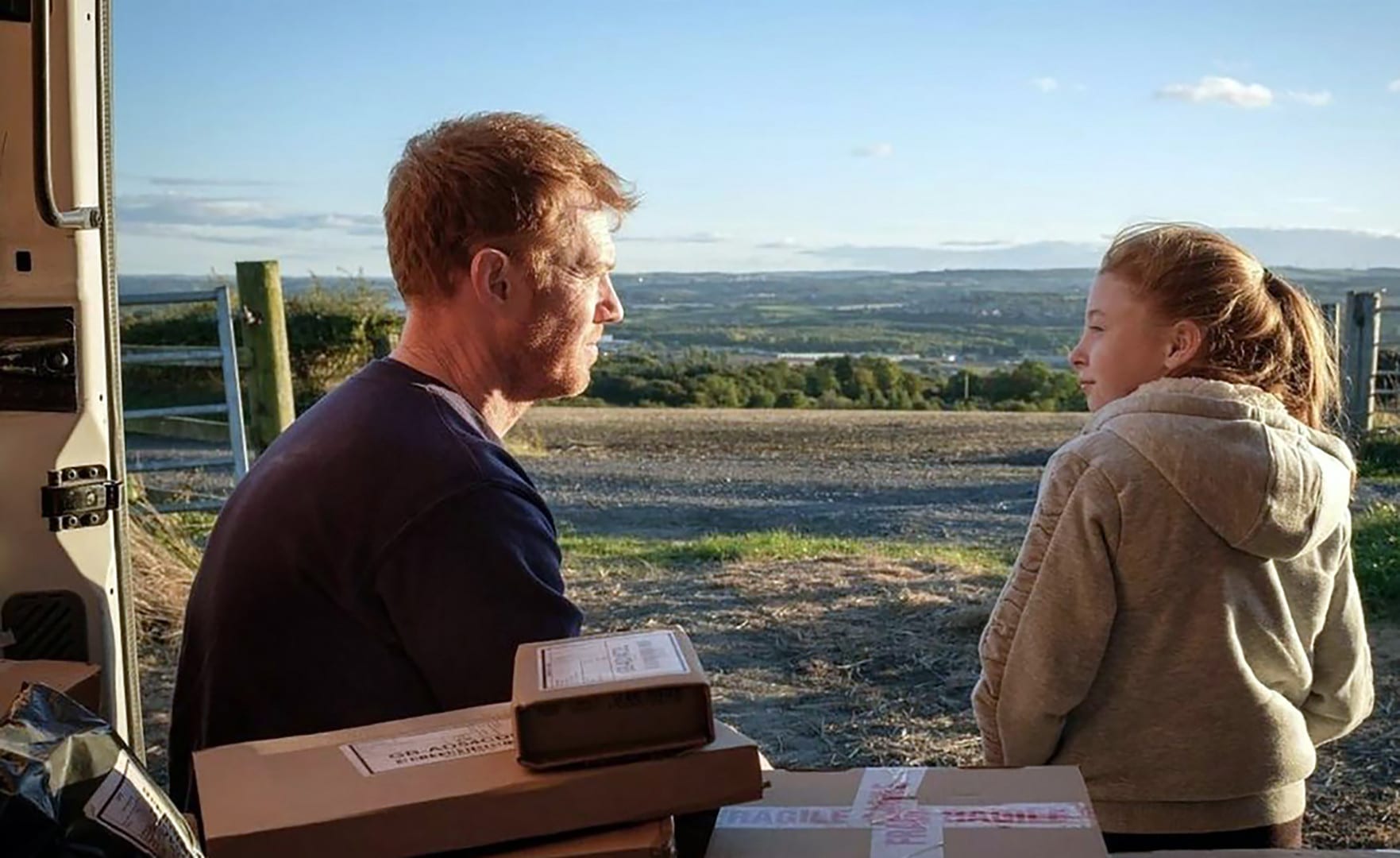 Here is another powerful film from Ken Loach – brilliantly acted and superbly scripted by his regular collaborator Paul Laverty. They tell the story of Ricky (Kris Hitchen), a hardworking man struggling to make ends meet since the 2008 financial crisis. His debts are increasing but he believes he has finally found a way out when he is offered a job as a freelance driver. His supportive wife Abby (Debbie Honeywood) works equally hard as a carer for old people but then she has to sacrifice her own car in order for Ricky to buy a new van for his deliveries. Both parents adore the children (Rhys Stone & Katie Proctor) and want their lives in Newcastle to return to normality when the pressure begins to escalate up to breaking point…

It is a joy to experience such a well-crafted screenplay with fully fleshed characters whose actions defy any expectations and manage to immediately win the audience’s sympathy. Loach, the father of natural acting since the sixties with his ground-breaking work including CATHY COME HOME and KES draws again amazing performance from his mostly inexperienced cast. He has the ability to discover and nourish fresh talent while telling a hard hitting contemporary story about the state of the station. Essential viewing! 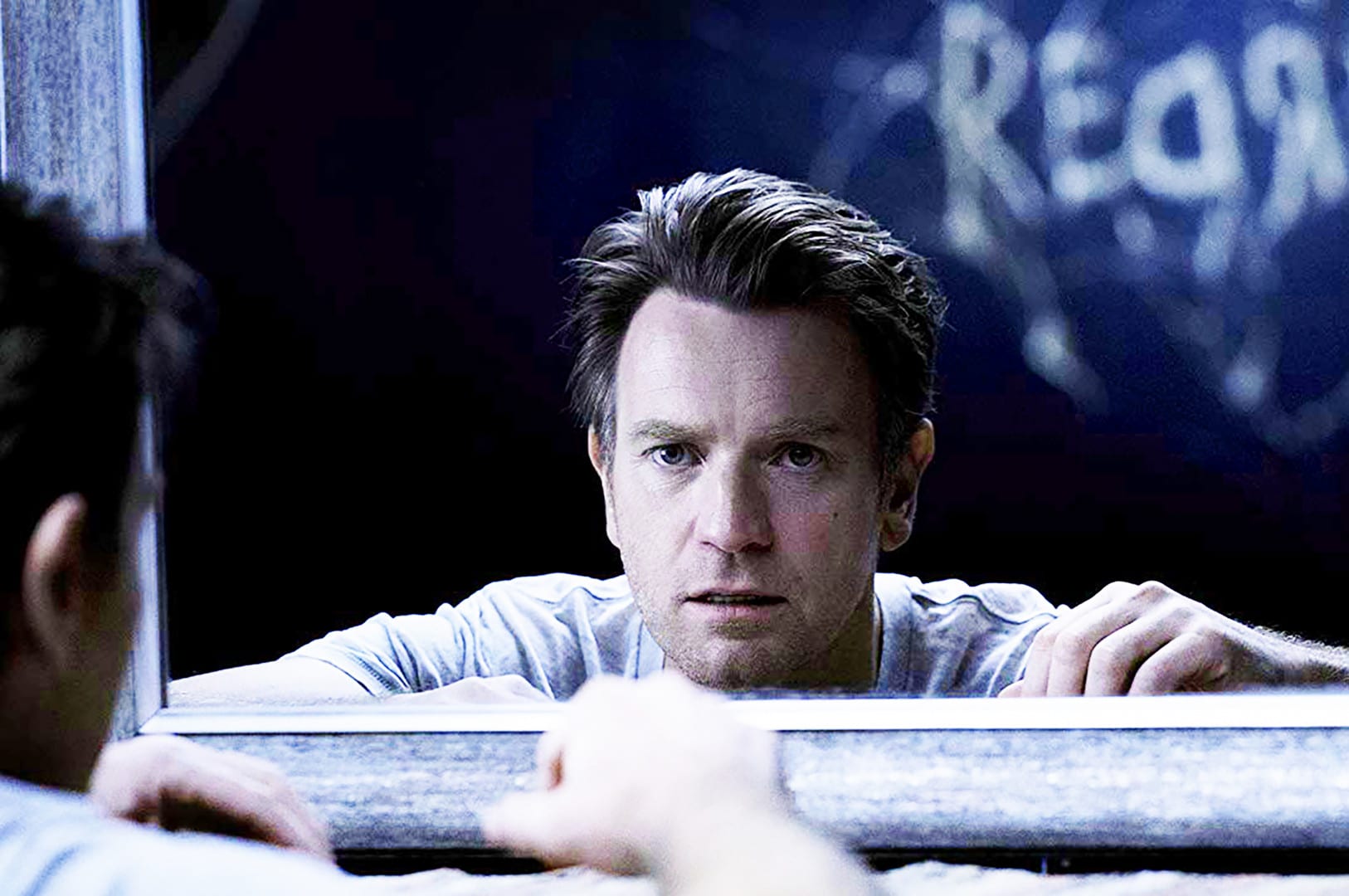 Mike Flanagan’s classy movie is superbly photographed and gracefully acted especially by newcomer Kyliegh Curran. Flanagan’s experience as a horror film director is put to great use here for this eagerly awaited Stephen King sequel to THE SHINING. The story of Danny Torrance (Ewan McGregor) picks up 40 years following the horrifying events at the Overlook Hotel. Danny is still traumatised by his experiences when he was a child but he now has to put his own powers to good effect and protect a young girl called Abra (Kyliegh Curran), who also shares his special gift known as the “shine”…

It is a mesmerising and fascinating film that demands attention from its opening sequence and doesn’t let go until the end despite its long running time. Flanagan valiant piece of filmmaking also pays a fine tribute to Stanley Kubrick’s work as well. 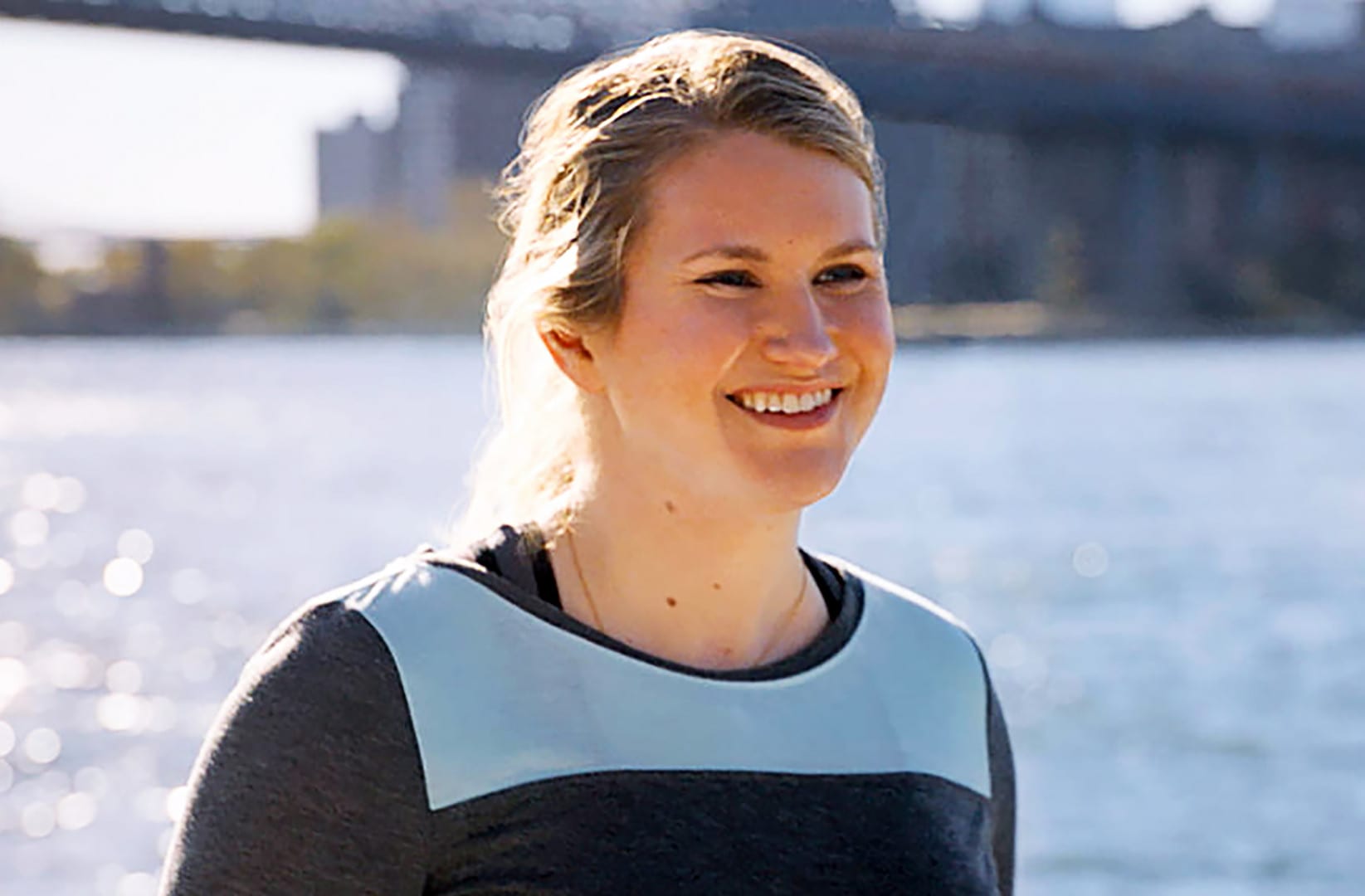 Jillian Bell deserves to become a major star on the evidence of this heart-warming and hugely enjoyable film. She plays Brittany Fogler, a 27 year-old New Yorker who gets a shock to the system when she visits her doctor. She needs to make life style changes and lose some weight but being unemployed and broke make things even more difficult…

The title is a giveaway and the action very predictable but overall Bell’s highly engaging and committed performance under Paul Downs Colaizzo’s likable direction makes this a worthy and fun trip. 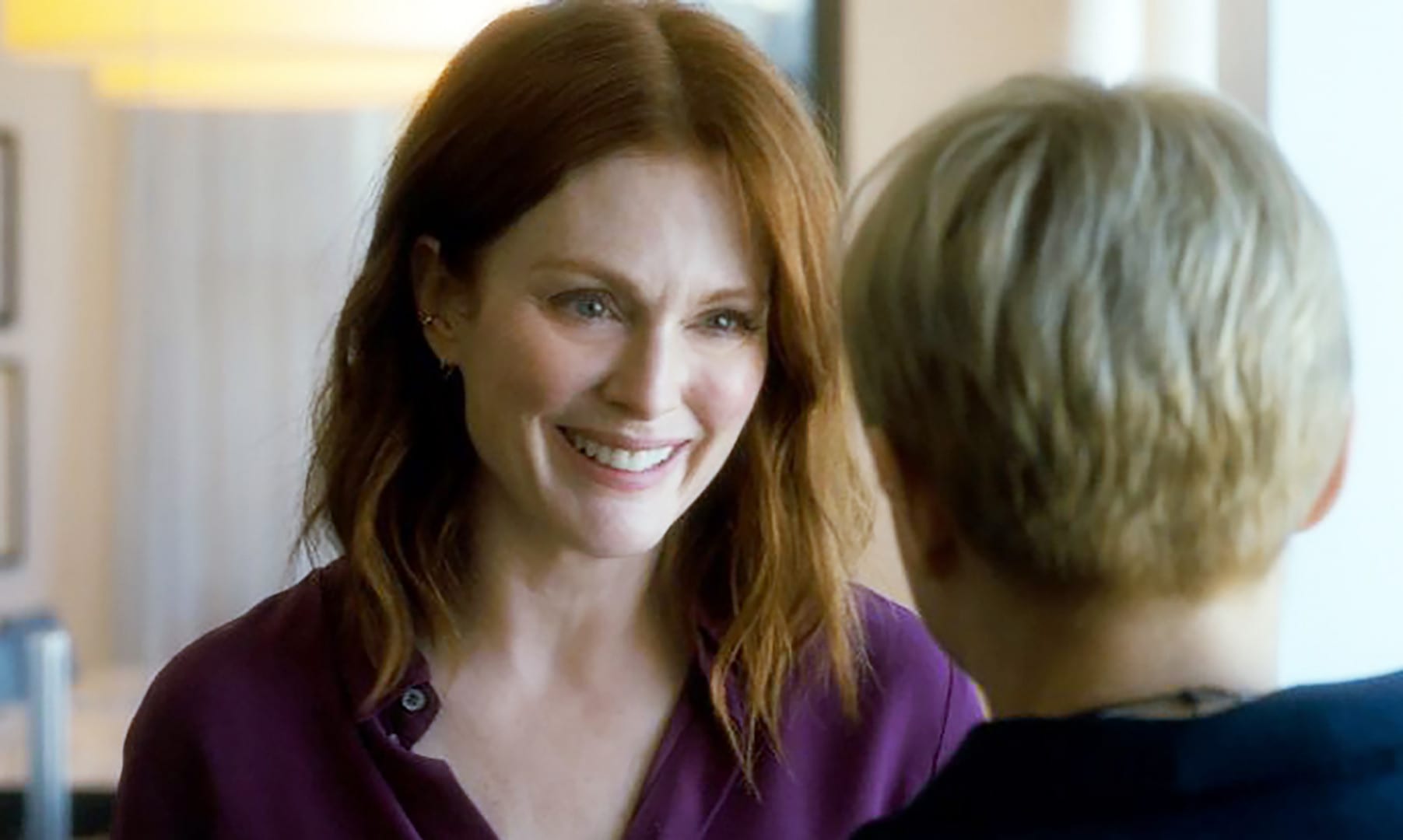 Bart Freundlich’s remake of Suzanne Bier’s Danish drama was screened at the London Sundance Film Festival back in May. The main storyline is the same apart from gender reversal and location change.

Michelle Williams steps into Mads Mikkelsen’s shoes as the manager of an Indian orphanage who travels to New York (instead of Copenhagen) in order to meet Theresa (Julianne Moore), a wealthy benefactor. Isabelle is keen to fix the deal and return to her orphanage as soon as possible but first she has to attend the wedding of Theresa’s daughter…

The acting is of the highest order as can be expected by these wonderful leading ladies but this American version feels more syrupy and sentimental that the Danish original. 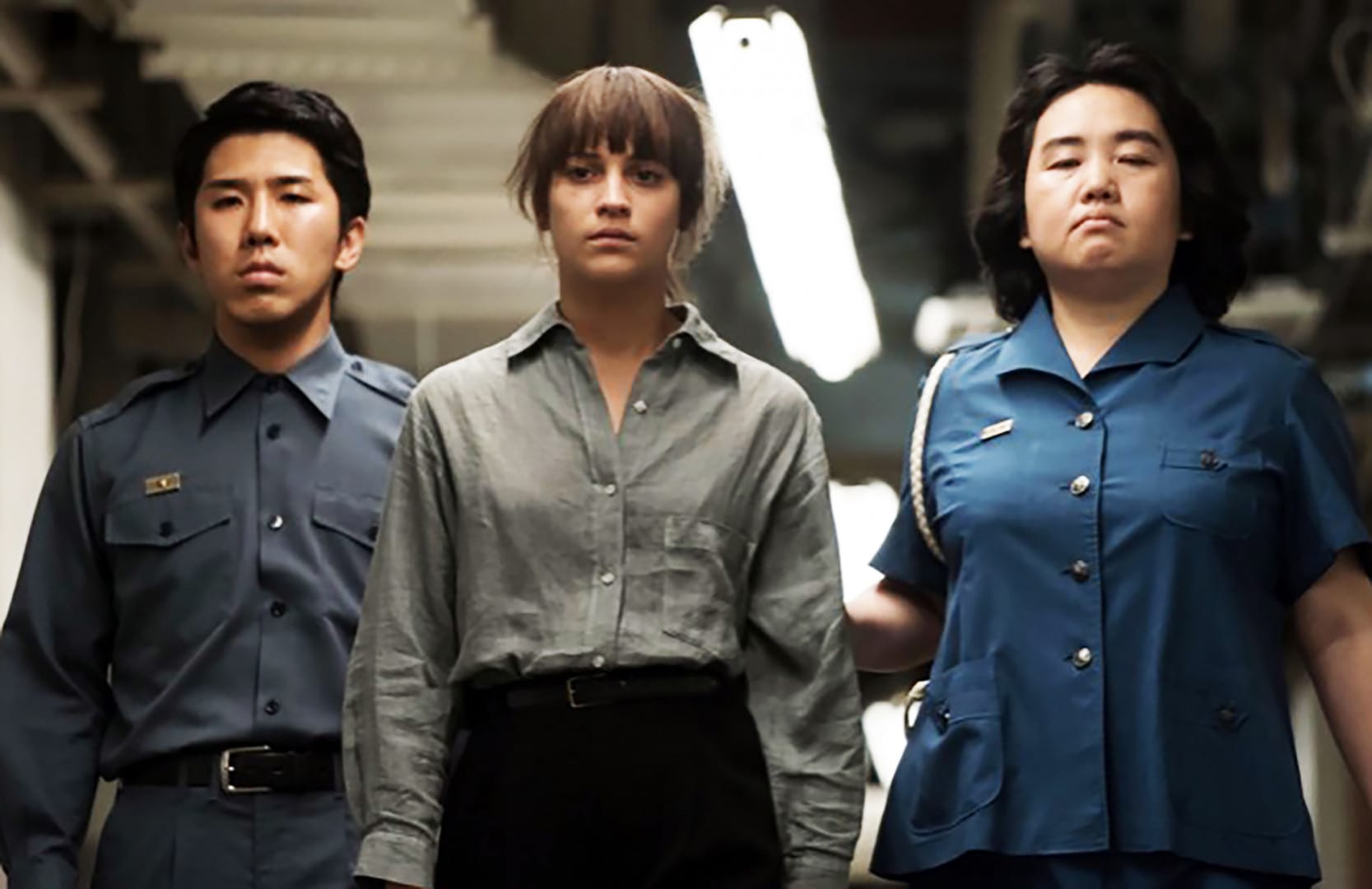 Vikander is terrific as the troubled protagonist delivering a complex performance in both English and Japanese and that is truly admirable. An attractive and engaging film but curiously it lacks tension.

TALES FROM THE LODGE 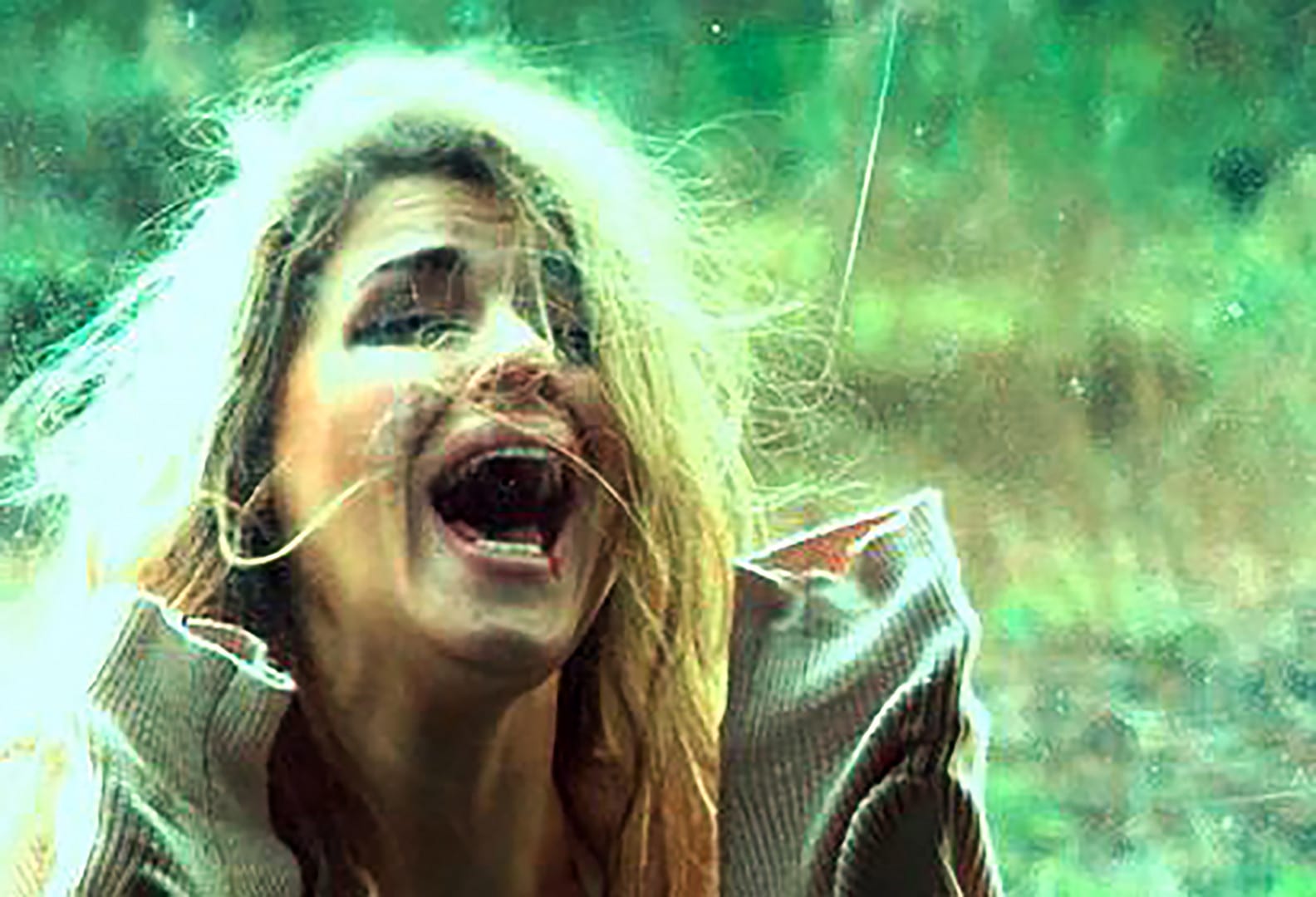 An enjoyable comedy/thriller with a good ensemble cast efficiently directed by Abigail Blackmore. A group of five old university friends get together for a weekend in an isolated lodge in order to scatter the ashes of one of their friends, who drowned in the lake three years earlier. During their stay they take it in turn to tell ghost and murder stories to keep themselves amused.

The cast includes Mackenzie Brook, Laura Fraser and Johnny Vegas and each story is directed by the actor who narrates it. Some stories work better than others but overall it is worth seeing for its clever twist.

Also out this week:

MAKING WAVES THE ART OF CINEMATIC SOUND: A long overdue celebration of the use of sound from its birth during the last days of silent cinema to the present day including many landmark movies that changed the way we experience films. Midge Costin’s terrific documentary focuses on many directors and their valuable collaborations with their sound editors- special mention goes to the remarkable Walter Murch for his work in THE CONVERSATION and ALOCALYPSE NOW as well as to Ben Burtt for STAR WARS. A must!

YVES SAINT LAURENT THE LAST COLLECTIONS: There have been several documentaries on the life and work of Yves Saint Laurent but Olivier Mayrou’s fascinating film is quite unique. Started shooting in 1998 for three years and focuses on Laurent’s last collections but especially on Pierre Berge, the designer’s controlling partner in business and life, who suppressed the film for two decades without even seeing it. A real collector’s item!