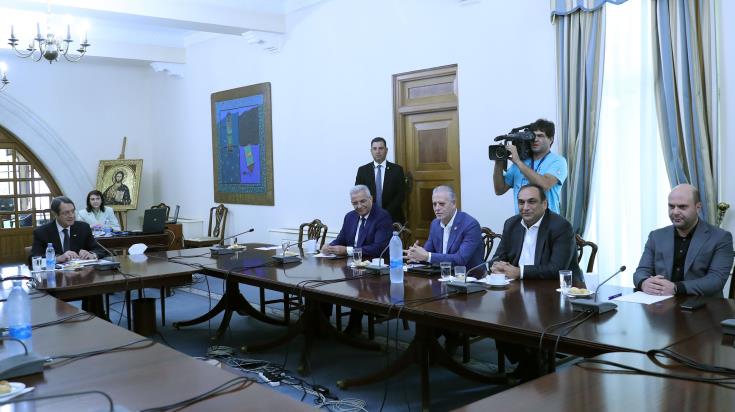 Cyprus National Council will convene next Wednesday to discuss the latest developments to the Cyprus problem, Deputy Government Spokeswoman Klelia Vasiliou has announced.

“President of the Republic Nicos Anastasiades has convened the National Council on December 4 18:30 pm on the latest developments to the Cyprus problem,” Vasiliou said in post on Twitter.

The Council meeting comes just a few days after an informal dinner President Anastasiades and Turkish Cypriot leader Mustafa Akinci had with the UN Secretary-General Antonio Guterres in Berlin, in a bid to revive the negotiating process for Cyprus, more than two years following the inconclusive UN-brokered talks in the Swiss resort of Crans Montata.