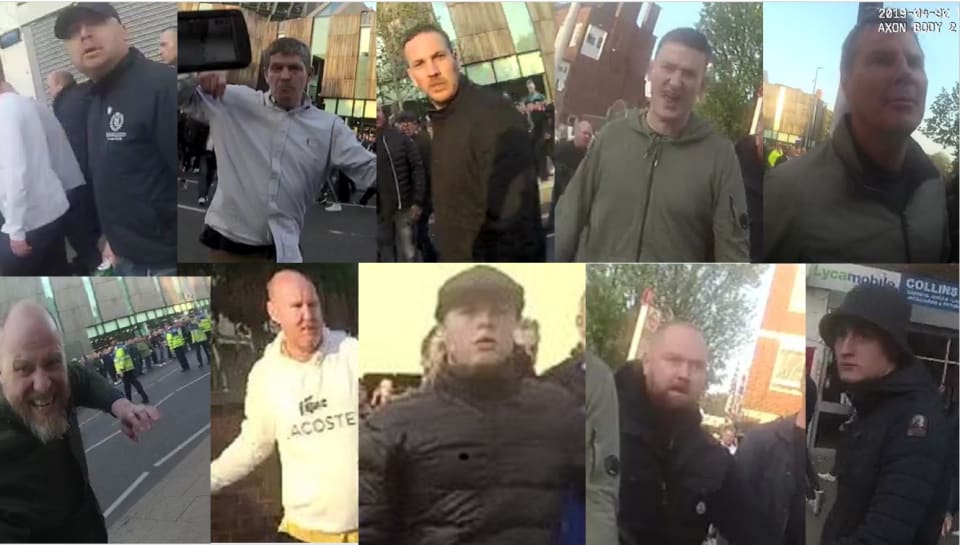 Detectives are appealing for assistance in identifying individuals they want to speak to regarding disorder before the Tottenham Hotspur v Ajax match on Tuesday, 30 April.

The disorder happened as supporters from both sides made their way down Tottenham High Road. Officers separated the groups as they travelled down the road, but at 19:15hrs, the two groups came together at the junction of High Road and Brereton Road.

A fight broke out between the two groups, who proceeded to launch glass bottles, bricks and concrete slabs at each other.

A number of individuals have already been identified, however detectives are keen to identify ten more men, all believed to be Tottenham Hotspur supporters, who were involved in the disorder.

Detective Sergeant Matt Simpson, from the Met’s Public Order Investigation Team, said: “I would urge anyone with information on the identity of these individuals to come forward and assist us with our enquiries. Officers faced unacceptable levels of violence before this football match, with groups of men arming themselves with bricks and bottles.

“We have made a number of identifications already but we are now appealing for the assistance of the public in identifying the remainder.

+ Four men from the Netherlands who travelled to the game have already been sentenced for their involvement in the disorder, and a further 8 have been identified by the Public Order investigations team.