A unique, intimate exhibition illustrating the early life of Anne Frank and her older sister Margot has arrived in Islington, opening at the Central Library last night (4 November).

The “Anne Frank and Family” exhibition, presented by anti-prejudice education charity Anne Frank Trust, features photos of Anne and her family taken by her father Otto, who was a keen photographer, as well as period and replica artefacts such as Anne’s suitcase.

The photographs were recovered from family albums left in the secret annex of Prinsengracht 263 in Amsterdam, where Anne, her family and four others spent more than two years hiding from the Nazis during World War Two.

The images captured by Otto Frank paint a picture of joyful domesticity and family life, and serve as a reminder that the millions of people murdered in the Holocaust had led normal, everyday lives before their world was shattered. The viewers’ knowledge of the Frank family’s fate makes the exhibition a reflective and uniquely moving experience.

‘Anne Frank and Family’ was launched in Britain in 2006, following shows in Amsterdam and New York. The exhibition in Islington will also include a number of workshops for schools, bringing together a collection of period artefacts and activities designed to help children compare Anne’s childhood with their own. 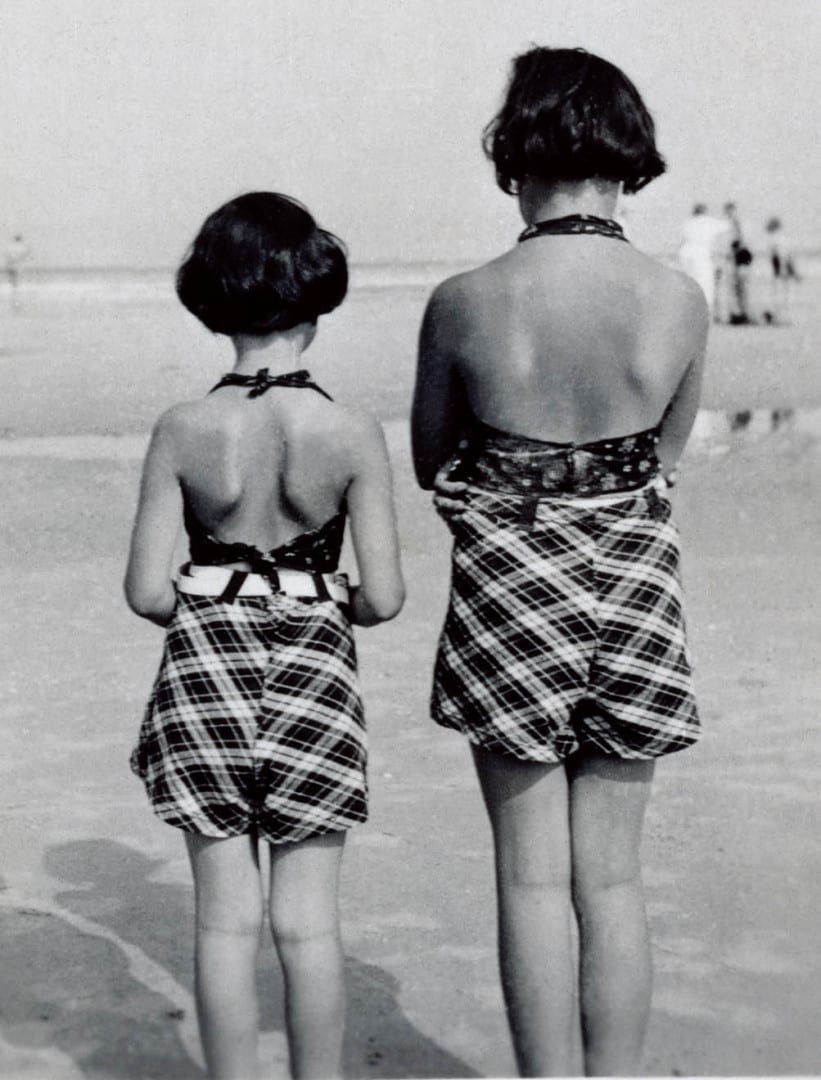 Margot and Anne at the beach. Image courtesy of the Anne Frank Trust.

Islington has had a connection to the Anne Frank story since 2016, when a sapling from her favourite tree was planted in Highbury Fields as a gift to the young people of Islington.
The tree was cultivated from the 170-year-old white horse chestnut tree that Anne could see from the attic window of the secret annexe and featured regularly in her diary.

The tree, donated by the Business Design Centre in Upper Street, was planted by the council in Highbury Fields as a symbol of hope that Islington’s children will live in a society of mutual understanding and respect for diversity.

Cllr Asima Shaikh, Executive Member for Inclusive Economy and Jobs, and the council’s lead on Libraries and Heritage, said:

“We are delighted to be working with the Anne Frank Trust to deliver this insightful and deeply moving exhibition.

“The diary of Anne Frank is the first introduction many young people will have into the history of the Holocaust and its horrific realities. Just as Anne’s diary allows us an important insight into that dreadful time, this unique glimpse into the Frank family’s life serves as a poignant reminder of the millions of ordinary people whose happy, ordinary lives were so brutally torn away.

“I encourage all Islington residents to explore this fascinating exhibition.”

“Few of us can imagine what it actually means to have experienced the atrocities of the Holocaust. This powerful exhibition is an opportunity to reflect on the enormity and devastation of that time, and the ordinary families and ordinary lives that were destroyed.

“The lessons of history have taught us that we can never turn a blind eye to hatred and prejudice. This unique exhibition allows us to reflect, to learn and to reinforce our commitment to building a strong community based on understanding, respect and togetherness.”

“Anne Frank + Family is a poignant, memorable exhibition that is a privilege to experience.

“The photographs – taken by Anne’s father – invite us to observe an ordinary family going about their every day lives, and the moments of joy and domesticity they capture speak to all of us.

“What is so hard-hitting, of course, is that the viewer brings with them the knowledge of the horrors that were to come – for the Franks, and for millions of families like them. It is a very powerful reminder of our shared humanity and the perils that lie in being complacent about how we treat each other.

“I hope that every visitor will take away with them, and share, this very special exhibition’s very important message.”

Anne Frank was a Jewish girl, born in Germany in 1929. In 1933, she and her family moved to Amsterdam in the Netherlands and went into hiding to escape persecution from the Nazis. Anne lived in hiding with seven others in the ‘secret annex’ at Prinsengracht 263 in Amsterdam. After more than two years in hiding, they were discovered and deported to concentration camps. Anne’s father, Otto Frank, was the only one of the eight people in hiding to survive. After her death in Bergen Belsen camp, Anne’s father read and later published her diary leading to global recognition for Anne as an author.
The ‘Anne Frank and Family’ exhibition is at the Central Library until 18 November.