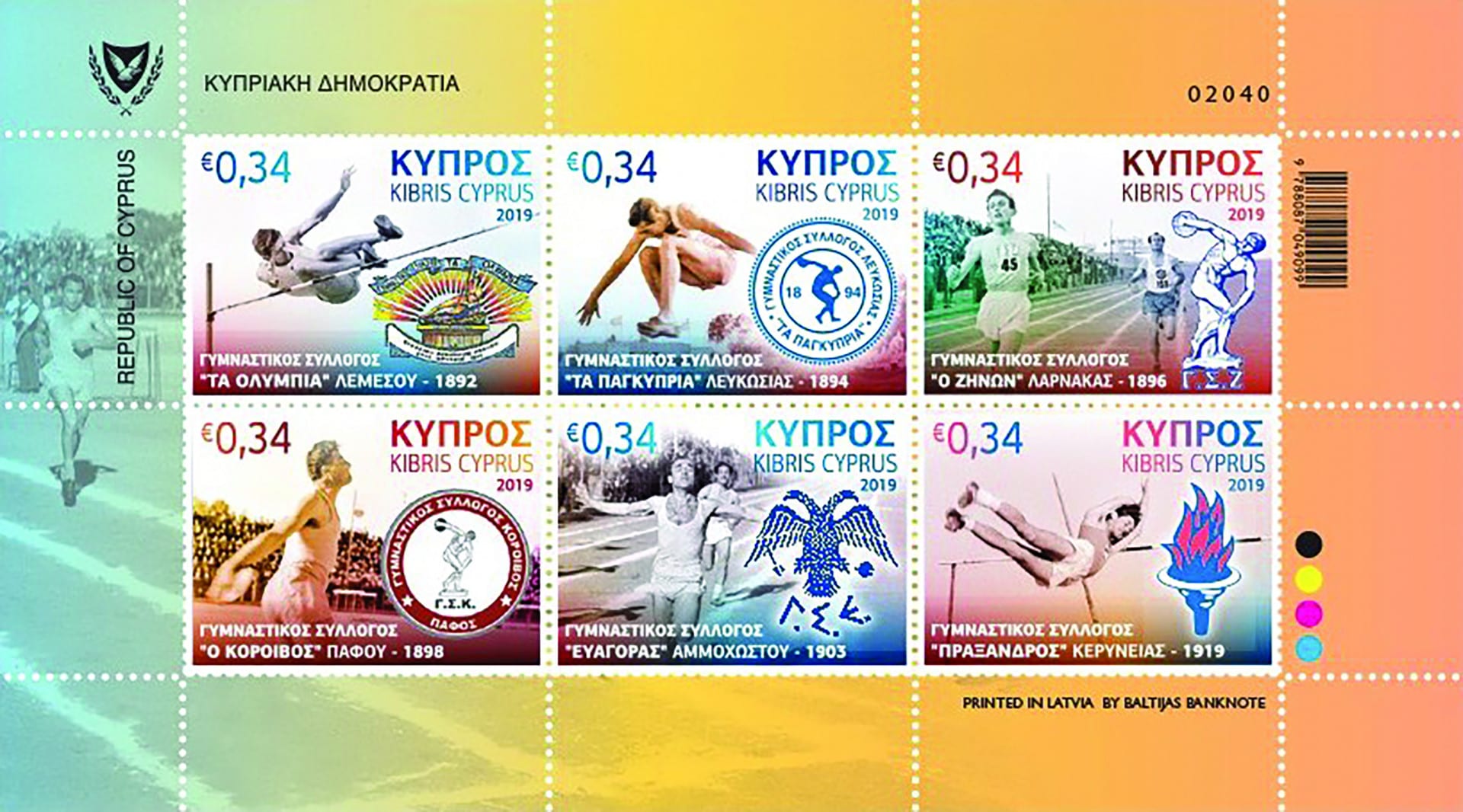 By the end of the 19th century, the first athletic associations were established in Cyprus for the promotion of classical sports and gymnastics in Cyprus.
The active athletic associations in Cyprus are six.
OLYMPIA ATHLETIC ASSOCIATION (GSO) was established in 1892. It is the oldest association in Cyprus, the second oldest athletic association in Greece and a founding member of “SEGAS”. It is the first association that introduced female sports in Cyprus. GSO organized the First Pancyprian Games in 1896 and the First Panhellenic Games in Cyprus in 1925. GSO athletes represented Cyprus in the 1896 Olympic Games.
PANCYPRIA ATHLETIC ASSOCIATION (GSP) was established in 1894 in Lefkosia upon the initiative of advocate Theofanis Theodotou and doctors Antonios Theodotou and Aristodemos Finiefs. In 1902, GSP had its own stadium, which was renamed in 1934 to “GSP Stadium of Evgenia and Antonios Theodotou” after its great benefactors.
Following an agreement with the Cyprus government, the old GSP stadium was traded for a new, modern stadium which opened its doors in 1999. GSP athletes honour Cyprus in international sports games.
ZENON ATHLETIC ASSOCIATION (GSZ) was established in 1896 under the name “The Stadium”. It was later renamed to “Zenon” Athletic Association. In 1929, the association had its own stadium “GSZ” with significant contributions from the Holy Monastery of Kykkos and the late D. N. Demetriou. In 1989, the Association was transferred to the new sports facilities of the New GSZ Stadium.
KORIVOS ATHLETIC ASSOCIATION was established on 28th November 1898 following the initiative of Tilemachos Kallonas. Mr Kallonas, who was a scholar, named the association after Coroebus of Elis, the first winner in the running event in the Ancient Olympic Games. Korivos Athletic Association is established in Pafos, at the Pafiako stadium, which has now been renamed to Stelios Kyriakides Stadium.
EVAGORAS ATHLETIC ASSOCIATION (GSE) OF AMMOCHOSTOS was established on 23rd February 1903, at a gathering of sports fans in the city, which was named EVAGORAS Sports Club after the first king of Salamis, Evagoras I. In 1919 it was renamed to EVAGORAS – GSE Famagusta and in 1923 it had its own stadium called GSE.
From the day it was founded to this day, GSE has birthed great athletes with international success, who have honoured their association and our country. Even though Ammochostos is now occupied by the Turkish troops, GSE carries out its activities in the free areas with great success, awaiting to return to its original and natural home.
PRAXANDROS ATHLETIC ASSOCIATION was established in 1919 in Kyrenia with the initiative of Archbishop Makarios III, then Bishop. It is the sixth athletic association of Cyprus, with a strong presence in the sports arenas of the island. Its home was the Demetriadion Stadium which was occupied by the Turkish troops during the 1st phase of the Turkish invasion in 1974. Since then, the association has been carrying out its activities in the free areas trying to remain in existence until it can return home.

Based on information supplied by the Cyprus Post Office, Philatelic Section, Nicosia, Cyprus.