The Met – pioneering technology that makes a real difference to policing

Since the Met introduced the self-built innovative biometric fingerprint reader a year ago, the device continues to save officers’ time and provide numerous operational benefits, with more than 13,000 positive identifications made since their use on London’s streets.

The portable device, INK Biometrics (Identity Not Known), scans an individual’s fingerprints and confirms their identity within 60 seconds, if they are known to police databases. This allows faster apprehension of wanted offenders and removes the need for officers to return to a police station, allowing them to stay in communities for longer.

With the average time spent in custody as 15 hours per arrest – if other forms of ‘disposal’ were used as opposed to arrest – INK potentially saves around 180,000 hours of officers’ time not spent in custody but instead remaining on London’s streets.

Due to the success of the fingerprint readers, plans are in place to introduce a further 250 devices. In addition, at least one biometric device will be placed within each custody suite across the capital.

Since the initial rollout of 120 devices in August 2018, which was the largest UK police force rollout of a fingerprint biometric scanner, the number of checks made per year went from around 1,500 to more than 31,000.

As of February 2019, a further 480 devices were rolled out bringing the total to 600 devices in use in the Met.

More than 9,000 officers have been trained to use the device and this is set to increase with additional funding of £170,000 for the extra devices. These biometric readers will be with frontline officers by early 2020 while the devices issued to custody suites will be delivered by the end of the year.

Superintendent Adrian Hutchinson from the Met’s Transformation Directorate, who is leading the project, said: “It remains our priority to be at the forefront of technology in order to make the best use of it; to fight crime and bring criminals to justice.

“I am very proud of how the Met is making this investment and has developed our own device that is proving to be an essential piece of kit, enabling our officers to identify more offenders, intervene before crimes are committed, locate fugitives or missing persons, and save valuable time in transporting suspects to custody.

“The efficiencies are great. We believe that routine deployment of the INK biometric device is decreasing crime and helping to reduce re-offending and with suspects becoming more aware that police have this technology they are less likely to supply false details, which saves time. While allowing police to remain operationally visible, device usage is increasing public confidence and providing value for money for tax payers.

“The speed and accuracy of the readings has proved valuable to frontline officers and has enabled them to identify offenders who might otherwise have evaded arrest by giving false details.”

The next step in quantifying the device’s usage will involve the Met’s in-house developers, through the Digital Policing division and the Transformation Directorate, is to build into the existing Met systems a method in which custody officers can account for whether the arrest was made as a direct result of INK’s positive identification.

On request, the Met has loaned devices to several UK forces/agencies including the NCA with further interest from a number of other Home Office departments and international police forces, such is the demand.

In addition, the Met is pioneering the potential for global applications of this technology through legitimately accessing wider databases for the detection and apprehension of wanted offenders.

– Police stopped a man for driving offences in January. The man provided a name and address and even produced a driving licence in the same name. After using the INK device, it came back with his true identity and that he was wanted for an attempted murder in Newham from August 2018. He has now been charged and remanded.

– Officers stopped a man in February for street gambling in Westminster. When checked on the INK device, it was apparent he had given false details and had actually been wanted on recall to prison for aggravated burglary. 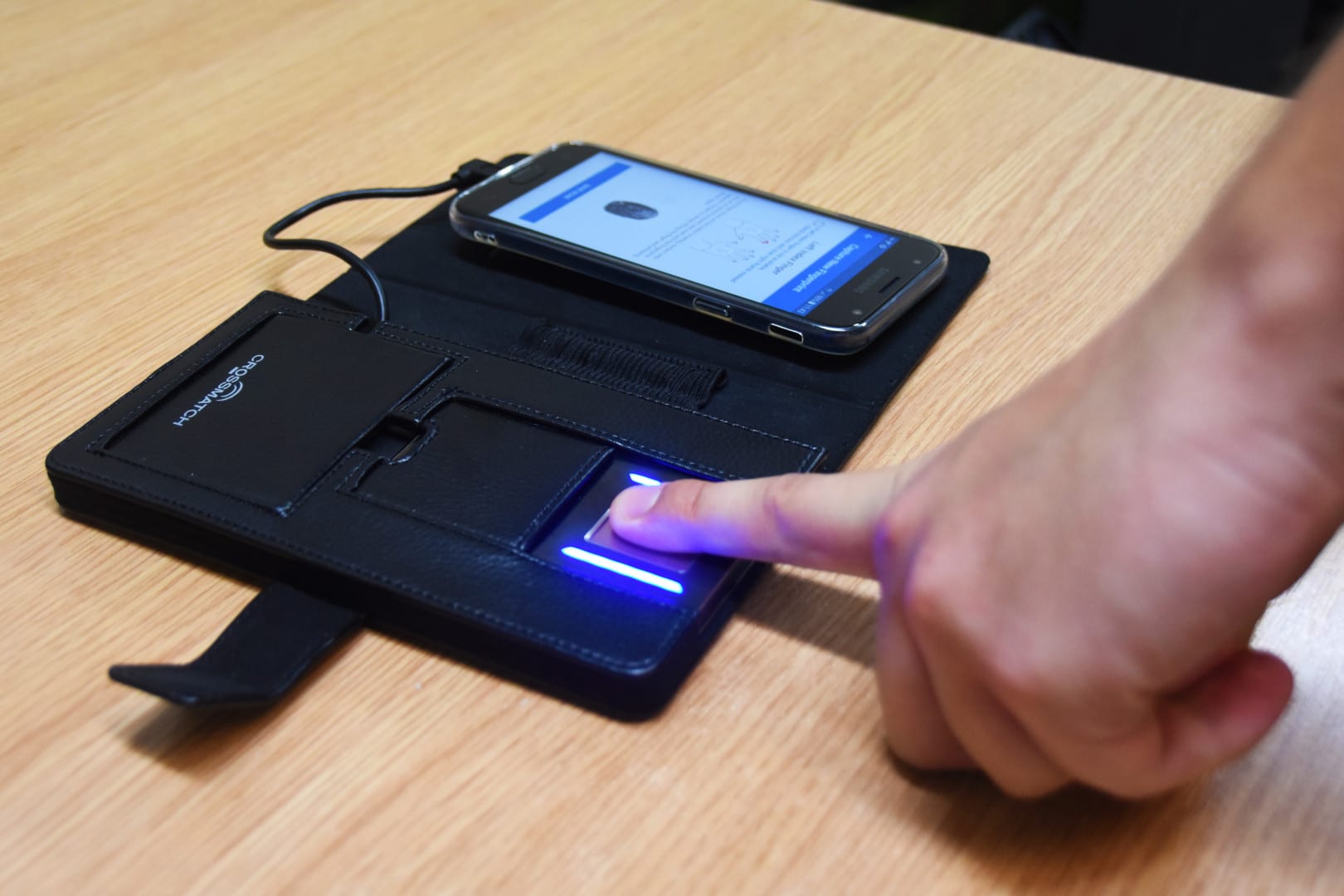 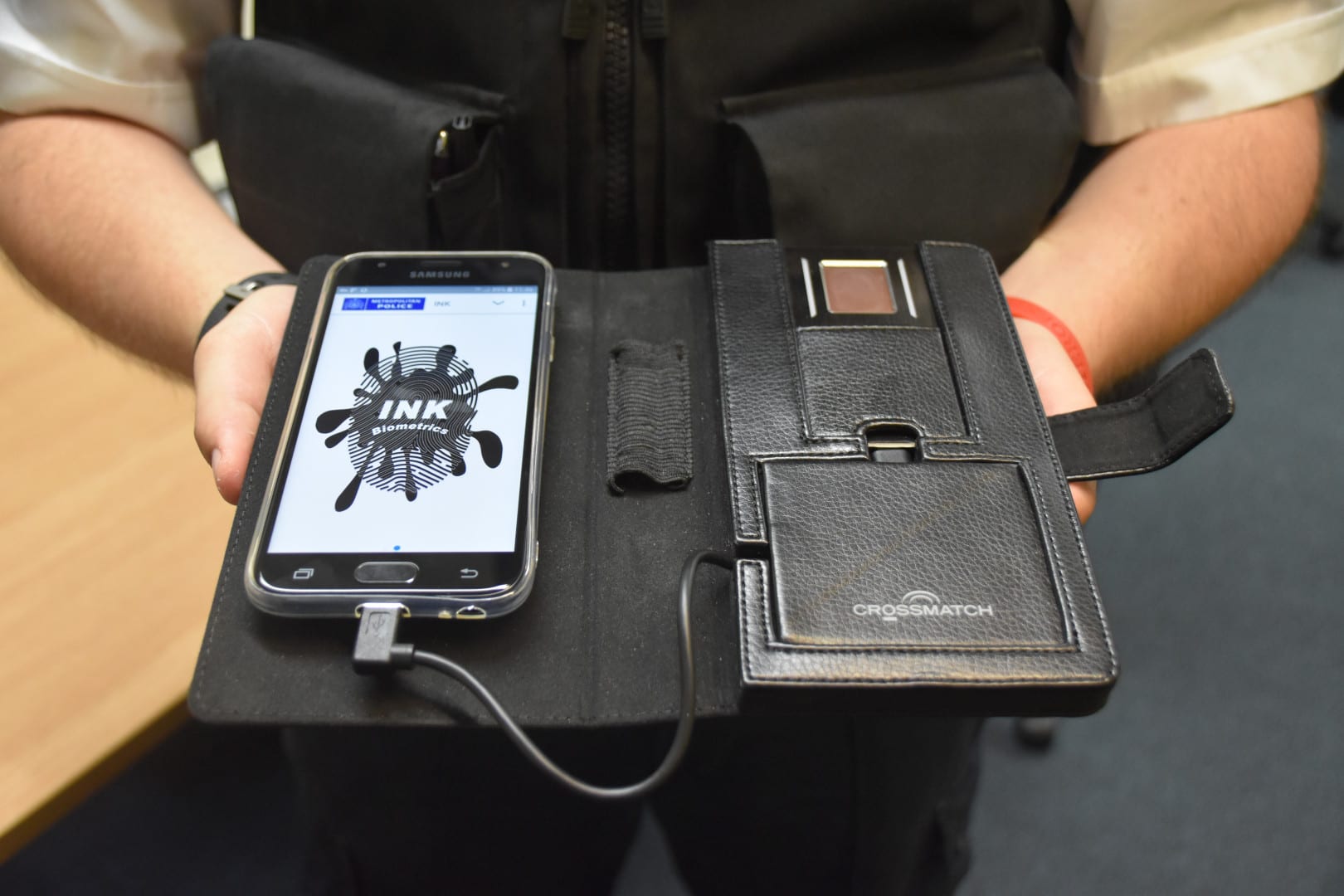 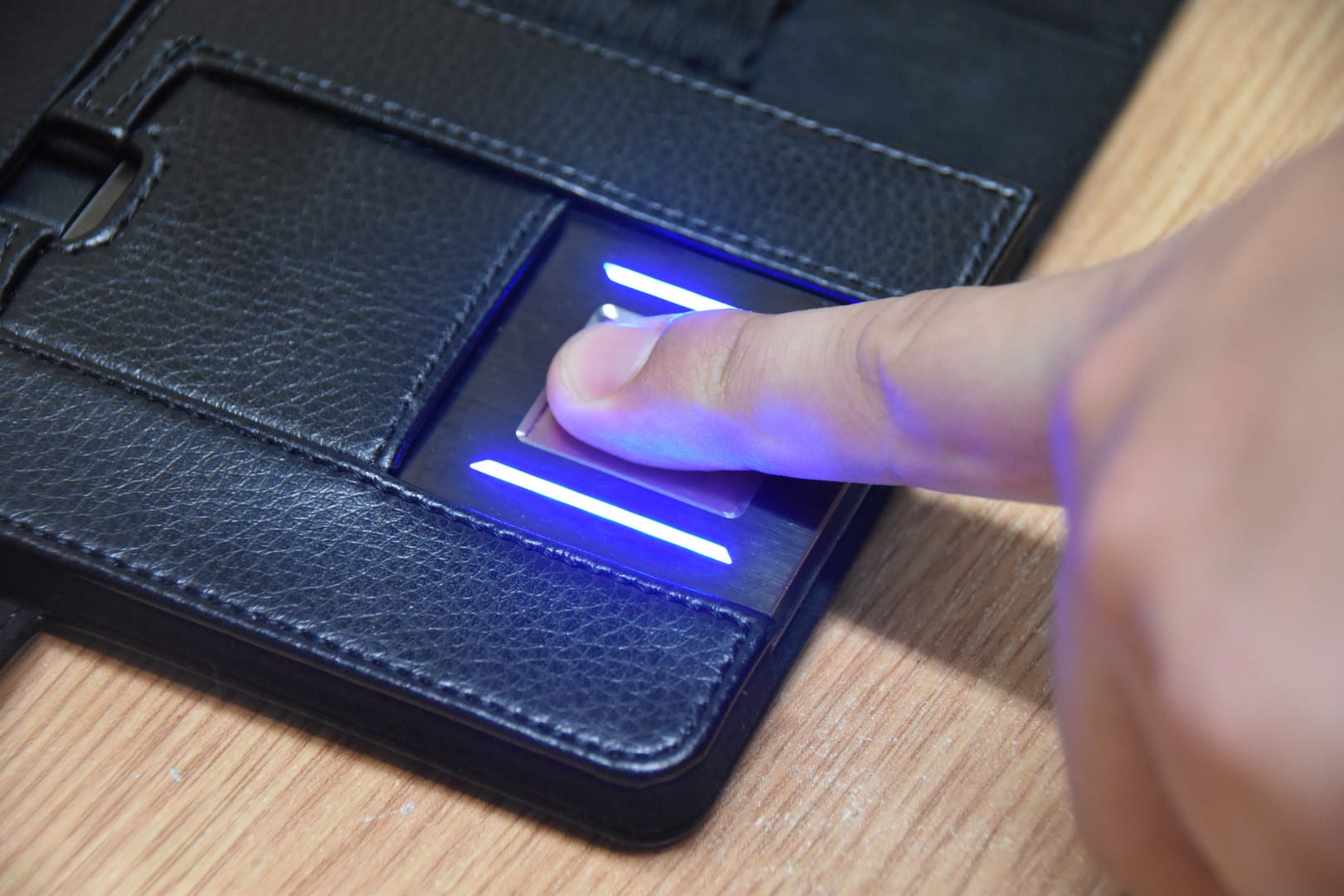