Nine-year-old Greek Cypriot Georgia Kalli from Cheshunt is over the moon after being selected to present CBBC programme Craft Party.

Produced by Keshet Productions (KP), each 15 minute adult-free episode will feature an irrepressible team of 9 to 12 year old crafters who create incredible art and fantastic food ready for an amazingly themed Craft Party.

Four of the rotating cast of six children – Cara, Curtis, Ethan, Georgia, India and Stanley – show how to rustle up a striking piece of art and a creative serving of food that’s both pleasing on the eye and tasty in the tum at the make table and in the Craft Party kitchen. 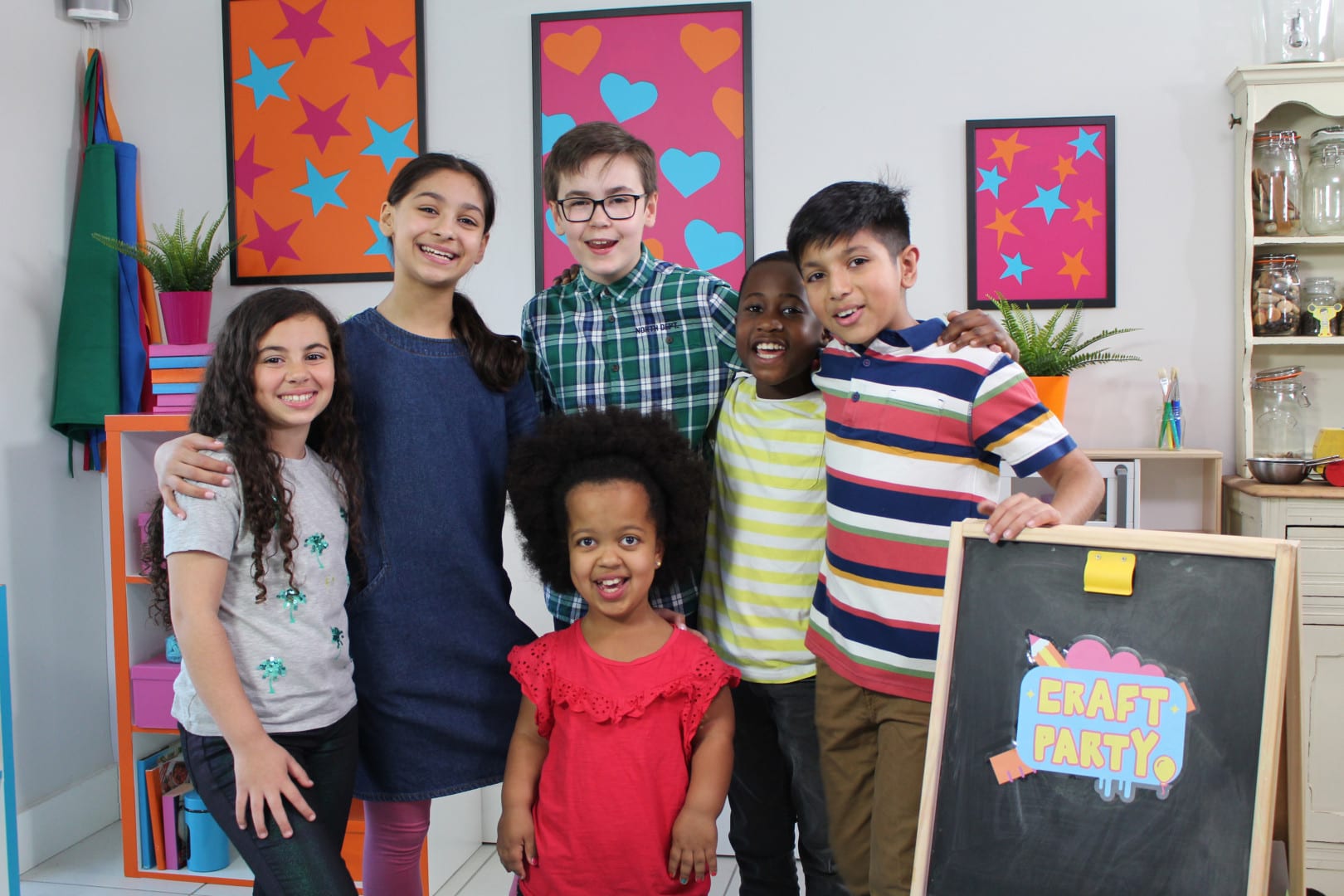 Themes for each episode include catchy contemporary interests like slime, emojis, unicorns, and music festivals to eternally popular party flavours like pirates, monsters, space, superheroes or safari. With helpful lists of everything needed, plus clever tips, hacks and factoids and a super clear recap – the audience at home can also make their very own Craft Party in real time.

Georgia’s parents Tina and Simon Kalli told Parikiaki, “When Georgia heard about the audition for the show, she was very excited as she loves arts and crafts and presenting. It was a 4 stage audition process where 5000 applications had been received. We waited to learn the news that she had made it to the last 16 and then patiently waited for the final result. When the call came to say Georgia had got the job, we were all crying and screaming with excitement. It was the best feeling in the world telling Georgia; she was so shocked and so overwhelmed she was in tears. It’s her dream job – she had her heart set on this role.”

The couple continued, “We couldn’t be prouder of our baby girl. She has a fire and a determination to succeed and we will support her every step of the way to follow her dreams and guide her. She is a very sweet and talented young girl with a very bright future.”

An enthusiastic Georgia told us, “I had the time of my life filming Craft Party, I learnt so much and had so much fun. I loved each and every one of the crew and I have made friends for life with my fellow presenters India, Stanley, Curtis, Ethan and Cara. My dream became a reality and I am so grateful I was given this opportunity.”

Brother Jason is also very proud of his big sister and can’t wait to watch her on TV as he follows in her footsteps in the industry too.

Georgia is represented by agent Rebel Nineteen. She has previously featured in commercials for Bush Baby World Toys, Harry Potter Wand by Kano Computing, Moonpig and Greenpeace, and has filmed series 1 of period drama All The Wild Roses. She has been a model for Sea Life with her images featured all around the world, and has also been on front cover of the published book Slime Time.

Georgia attends musical theatre, street dance and modern, and enjoys cheerleading. She is a very creative, sweet girl with a lovely nature and is always willing to help others.

As a huge Spurs fan and a season ticket holder, she not only enjoys going to all the games with her dad and brother but she also loves to play football and recently joined a new team.

Craft Party is based on the Israeli format Mesibat Yetzira originally created by Bonit Ben Ami and Shirley Oran, directed by Roy Shalem and produced by Nutz Productions, a subsidiary of Ananey Communications Group, and a leading force of content and production in Israel.

Craft party will be released on CBBC, the BBC channel for children aged six to 12, on Sunday 18th August at 9.30am.