UK Cypriot George Ioannides stars as Emilio Estefan in On Your Feet!

Following a successful two-year run on Broadway and a subsequent US tour, On Your Feet! is currently playing at the London Coliseum for a limited run.

In a nutshell, the show tells the story of Latin American pop star Gloria Estefan (Christie Prades) and her husband Emilio as they fall in love as youngsters in ‘70s Miami and go on to storm the charts as Miami Sound Machine. It follows them through the early days of their career, their rise to fame, and their return at the American Music Awards following Gloria’s life-threatening and career-changing road accident a year earlier. A jukebox musical, it features the biggest hits from their career including Dr Beat, Rhythm is Gonna Get You, Conga, Get On Your Feet, Don’t Want To Lose You, 1-2-3 and Turn The Beat Around. 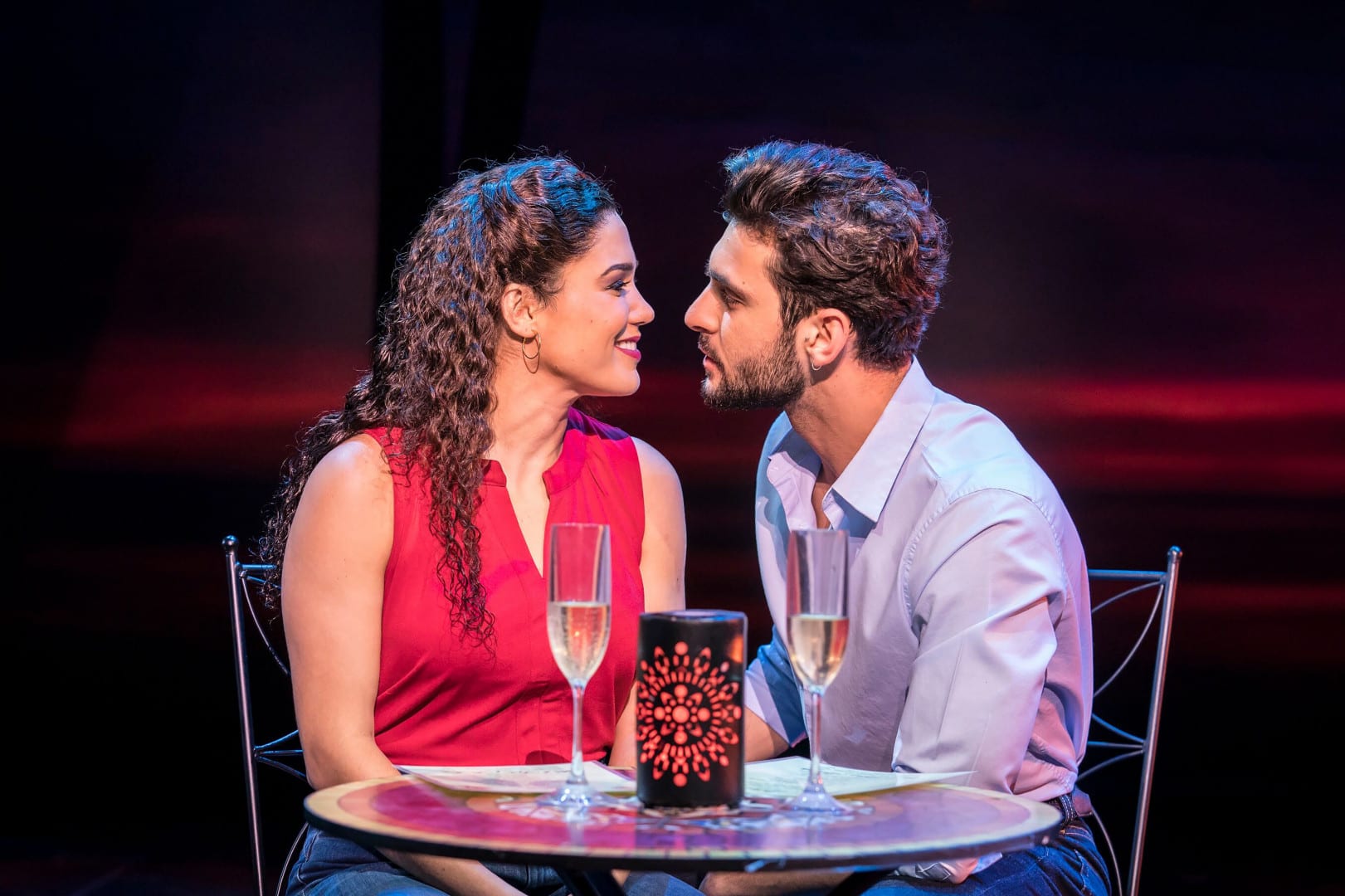 In the lead role of Emilio is none other than Greek Cypriot George Ioannides who has been praised for “oozing kindly-hunky male charm”, providing the “requisite swagger and underlying sweetness” and being “suitably dreamy”.

George has previously starred in the West End productions of Annie and Mamma Mia!, as Sonny in Grease performed in Dubai and was Eduardo Cortez in the recent production of An Officer and a Gentleman. 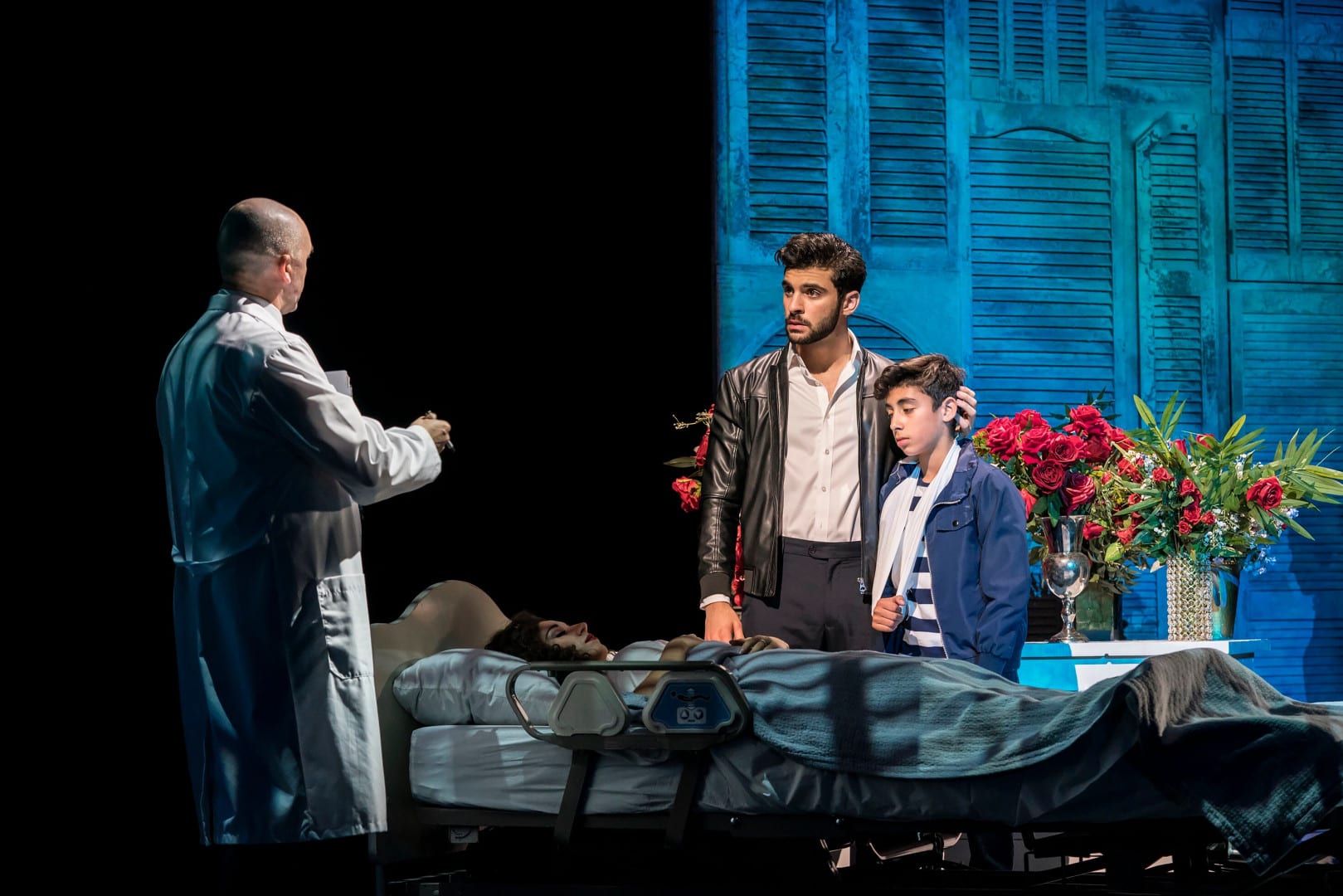 The stand out moment for George in On Your Feet! (other than entering the stage in a pair of shorts you won’t forget in a hurry!), is the number in the second act – If I Never Got To Tell You – where Emilio sings alongside his mother-in-law.

How excited were you when you got the call to say you’d be starring as Emilio Estefan in On Your Feet!?

I couldn’t believe it! I was so shocked but super excited to take on the challenge. I was auditioning for six months prior to the show so to finally reach my goal was an amazing feeling.

How did you prepare for the role?

We had four weeks of rehearsals where Gloria herself and the creative team were present, helping us build the show. It was intense but we had lots of fun along the way.

Gloria and Emilio Estefan attended the special gala performance of the show. Did you ever imagine you’d be sharing a stage with two Latin legends?

Growing up, my mum would often play Gloria’s music so I was already a fan, but to be chosen alongside many others to tell her and Emilio’s story is an absolute privilege.

What can audiences expect from a trip to On Your Feet! at the London Coliseum?

It’s an extremely entertaining two and a half hour show, filled with feel-good music complete with live band, and a heart-warming story. People are familiar with Gloria’s songs but not a lot of people know her life story and many who have seen the show, often comment that they left the theatre not only enjoying the music, but feeling inspired by the immigrant-to-riches tale.

Besides the show celebrating the Estefans’ music, it also tells the story of two Cubans chasing the American Dream. As a Cypriot living his dream in the UK, did this influence your decision to audition for the role?

Of course; Gloria and Emilio’s story of two talented people pursuing their dreams and making it big, but also overcoming barriers they faced because they were born in another country, helped me feel connected to the role even before I started.

I see a lot of cultural similarities between my Cypriot roots and Emilio’s Cuban roots. Fighting for your right to exist as an equal is one of today’s hottest topics and it couldn’t be more relevant to what is happening around us.

What plans do you have after the show closes on 31 August?

When the show leaves the Coliseum we will embark on a UK tour. It’s great to see the UK embracing the musical and I look forward to sharing it with more audiences around the country.

What are you waiting for?! Get up on your feet, support our George and get ready to conga the night away!

Book your tickets online at www.onyourfeetmusical.co.uk