Kalymnos, a must rock climber’s destination for 2019

When it comes to rock climbing Kalymnos, the island of sponge divers, as it is widely known does not need introductions. Thousands of professional and amateur climbers visit the island every year, according to the Kalymnian municipal tourism authority.

In the Greek island of Kalymnos people prefer to do sport climbing, a ”form of rock climbing that relies on permanent anchors” fixed to the rock for protection either permanently or temporarily. The reason that this form of climbing is so popular is due to the low number of accidents.

Rock climbing started in Kalymnos at about sixteen years ago and has been characterised as one of the best and safest climbing destinations in the world by the international climbing community.

Currently, there are 3000 sport routes in the island.

According to the Kalymnian Hospital, there were no fatal accidents in 2016. In addition, the Kalymnos Rescue Team, which is covered by six volunteers had to intervene in only ten cases.On the third of August of 2016 it was announced that sport climbing was added to the 2020 Summer Olympics.

The best way to travel to Kalymnos is by direct flights from European airports including low-cost airlines. You can also land to Kos airport and take a ferry to Kalymnos for about 30-50 minutes.

Kalymnos consists of offshore islands of Pserimos, Telendos, Kalolimnos, and Plati, as well as several uninhabited islets. It’s combined land area has 134.544 square kilometres and a population of 12000 inhabitants as of 2019. The distance between the sport routes is no more than 30 minutes. So, the access to the sport climbing routes becomes easy and quick.

It is not all about the climbing. Kalymnos is also known for it’s traditional and tasteful cuisine. There are plenty of local tavernas and restaurants. Pure local products and the variety of dishes and flavours satisfy both meat-eaters and vegetarians. Moreover, local people are friendly and they do not hesitate to offer their help to foreigners as part of the Kalymnian hospitality.

The island of sponge divers has dry climate, so year-round climbing is possible. However, there are certain periods such as, spring and autumn, which considered as ideal for rock-climbing lovers.

Another advantage of Kalymnos is that is full of calcareous rocks. These stones offer stability and the ideal conditions for rock climbers-lovers, as they are very strong.

Low cost of living and accommodation

It is no secret that Greece is struggling with the financial crisis and so Kalymnian citizens, whose salaries have been decreased. As a consequence, the cost of living is low compared to other parts of Europe and the US.

Almost all types of accommodation are available on Kalymnos. Cheap and clean rooms and rental studios or apartments and small family-owned hotels.

Sonja Kuchler, 28, a primary education teacher from Switzerland, says: ‘I chose Kalymnos because it is known for the best spots for climbing. It is also close to my homeland and really warm as a place.’

There is a number of easy routes that can be top-roped even by young children and amateurs. 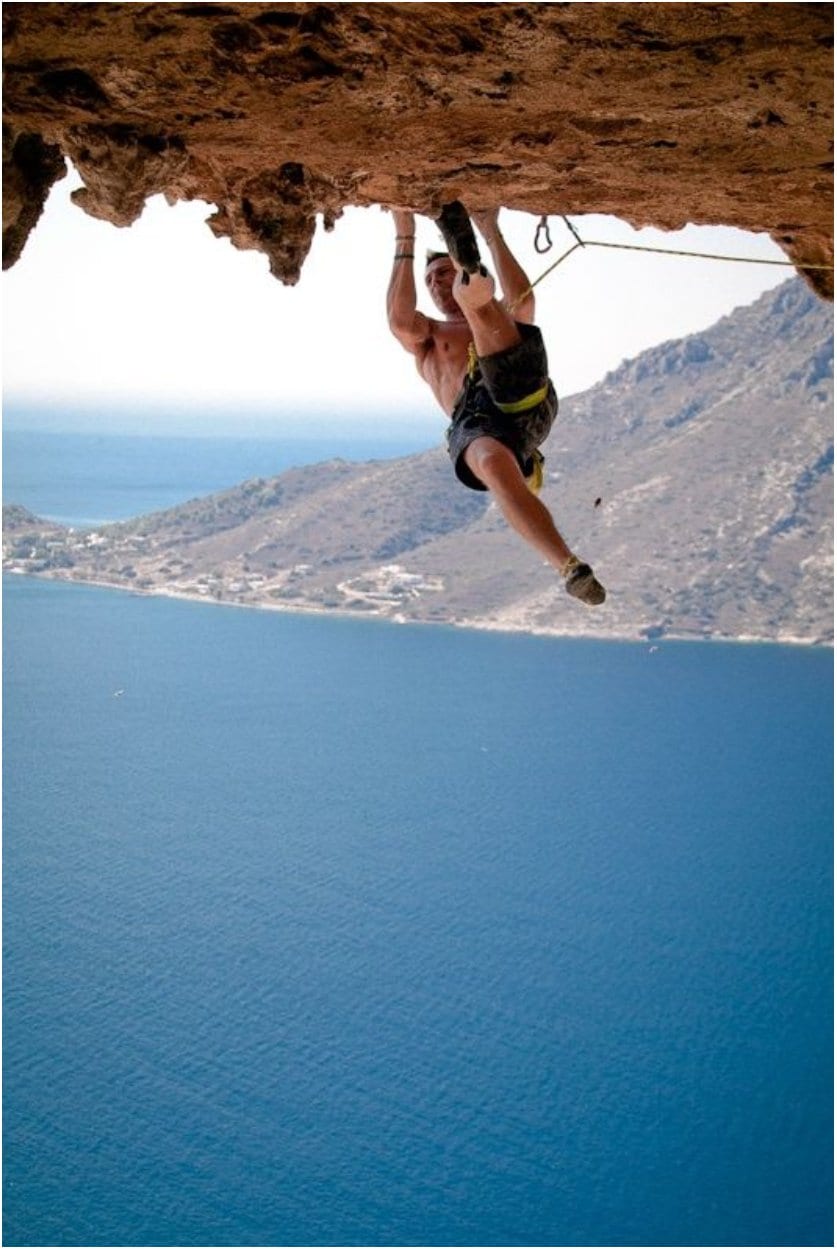