Alciveadis Mauredis, known as “Big Al”, was in a coma for 18 days before he died in an east London hospital after an attack outside the Royal Oak pub by the Elthorne estate.

Friends and neighbours have paid tribute to the “larger than life” character who lived in Beachcroft Way, saying the 60-year-old was a “Hornsey legend”.

Rob Warry, who had known Mr Mauredis for more than 20 years, said the American had been in the St John’s Way pub on Friday July 12, celebrating the weekend of his 60th birthday.

The 50-year-old said: “I am gutted, he was a blinding fella. There was never a dull moment around him.

“I was supposed to be going to his house on Sunday evening to celebrate his birthday. The last time I saw him was on the Wednesday night when he was showing me bits and pieces because he was doing his flat up.”

He added: “Big Al was a Hornsey legend, definitely. Everyone knew him.” 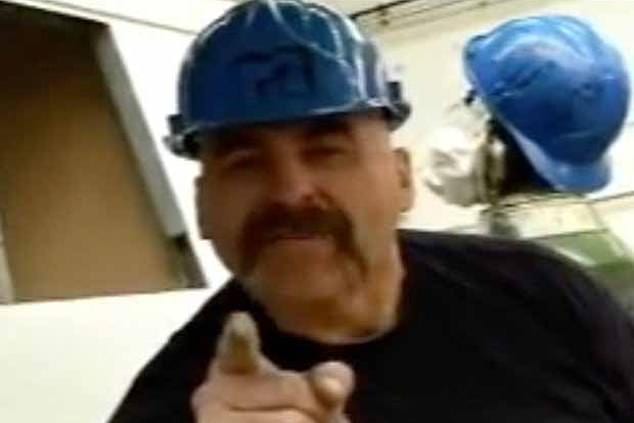 Mr Mauredis was of Greek descent but grew up in America, it is believed. He worked as a mechanic. Mr Warry met him when they were both working around the Hornsey timber yard.

Mr Mauredis was often seen riding around on his motorbike and he regularly went into the Euro Car Parts (ECP) garage in Spears Road to fix it up, employees there said.

ECP general manager Ian Mulloon added: “He was a larger-than-life character. He would come in here and take the Mick out of everyone.

“He was a mechanic in the garage in Hornsey. He used to convert the American cars from left to right-hand drive. Then he got involved in Pimp My Ride. He was a legend.”

Mr Mauredis was part of the 2008 series of the MTV show, which was hosted by Tim Westwood.

In one episode he helped convert an old police van into a mobile recording studio.

An investigation was launched yesterday (Thursday) by the Met Police after Mr Mauredis died in hospital.

The police said they were called at about 6.40am on Saturday July 13 to Beachcroft Way where Mr Mauredis was found with “serious head injuries” and was taken to hospital in a critical condition.

He was assaulted at about 1am at the pub, the police said.

Neighbour Joe Borg said he woke up at 2am hearing “screaming and shouting” with the door to his block “banging” open and shut.

Leon Tayler, 26, was arrested that night and charged with grievous bodily harm with intent.

He was kept in custody to appear at Highbury Corner Magistrates’ Court the next day and was remanded in custody by the court.

He will appear at Snaresbrook Crown Court on Monday August 12.

Mr Mauredis’s next of kin have been informed and a post-mortem is due to take place.

The investigation is being led by officers from the Central North Command Unit in consultation with officers from Specialist Crime.