BLINDED BY THE LIGHT 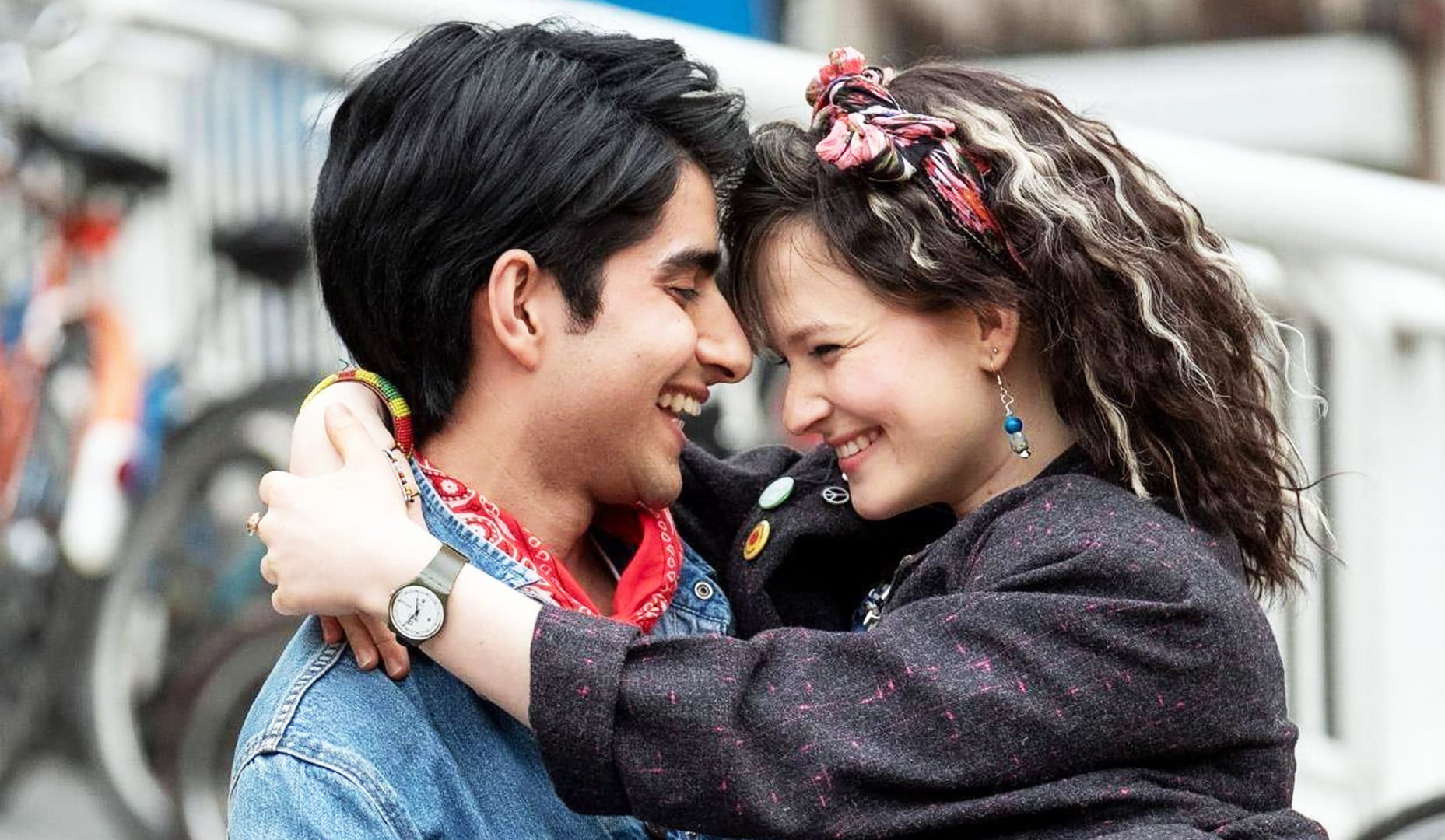 Gurinder Chadha’s heart-warming film is based on a true story which takes place in Luton in 1987 during Thatcher’s years of dread and injustice.

Javed (Viveik Kalra) is a shy 16-year-old British Pakistani boy, who finds his own voice when he discovers the words and music of Bruce Springsteen. However, his new sense of freedom, liberation of the mind and desire to become a writer comes into serious conflict with his conservative father Malik (Kulvinder Ghir), who expects Javed to give his wages to him especially now that Malik has lost his job at the factory…

Chadha may not be the subtlest of directors but her sense of enthusiasm and energy is to be admired. She is a much better producer than director but there is no doubt that her heart is in the right place. Despite the fact that her film is a rich and spicy mixture of styles and ideas it works well. It is genuinely funny and touching thanks to a luminous and award worthy performance from Viveik Kalra, who is a real revelation as the young protagonist. He makes a very credible and deeply sympathetic hero despite the thin characterization of some of the supporting roles. Like in the recent YESTERDAY it is good to see a fresh face and an unknown from an ethnic minority leading the cast of a major movie! 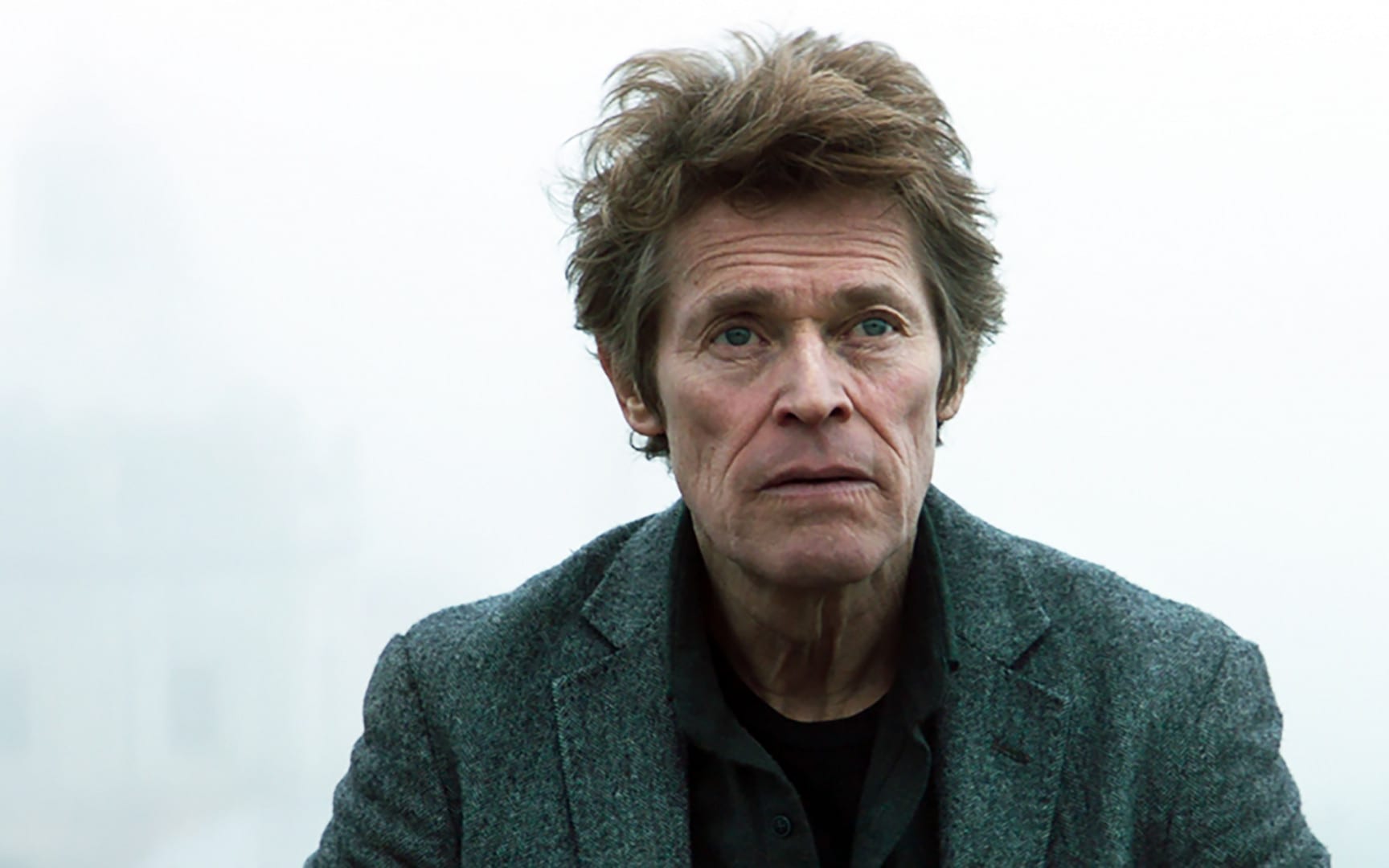 Willem Dafoe is a true international star whose striking presence has graced many European films including ANTICHRIST and PASOLINI. Now in Daniel Graham’s impressive debut he plays Paul, an American composer who travels to the remote Mexican village of Real de Catorce following his father’s death. He is like a fish out of water in this unfamiliar environment especially when a three-person crew of filmmakers arrive to make a documentary…

An original film in the tradition of South American literature with many elements of magic realism as Paul attempts to find a missing woman from one of his father’s photographs as well as come to terms with his father’s death in this enigmatic village. 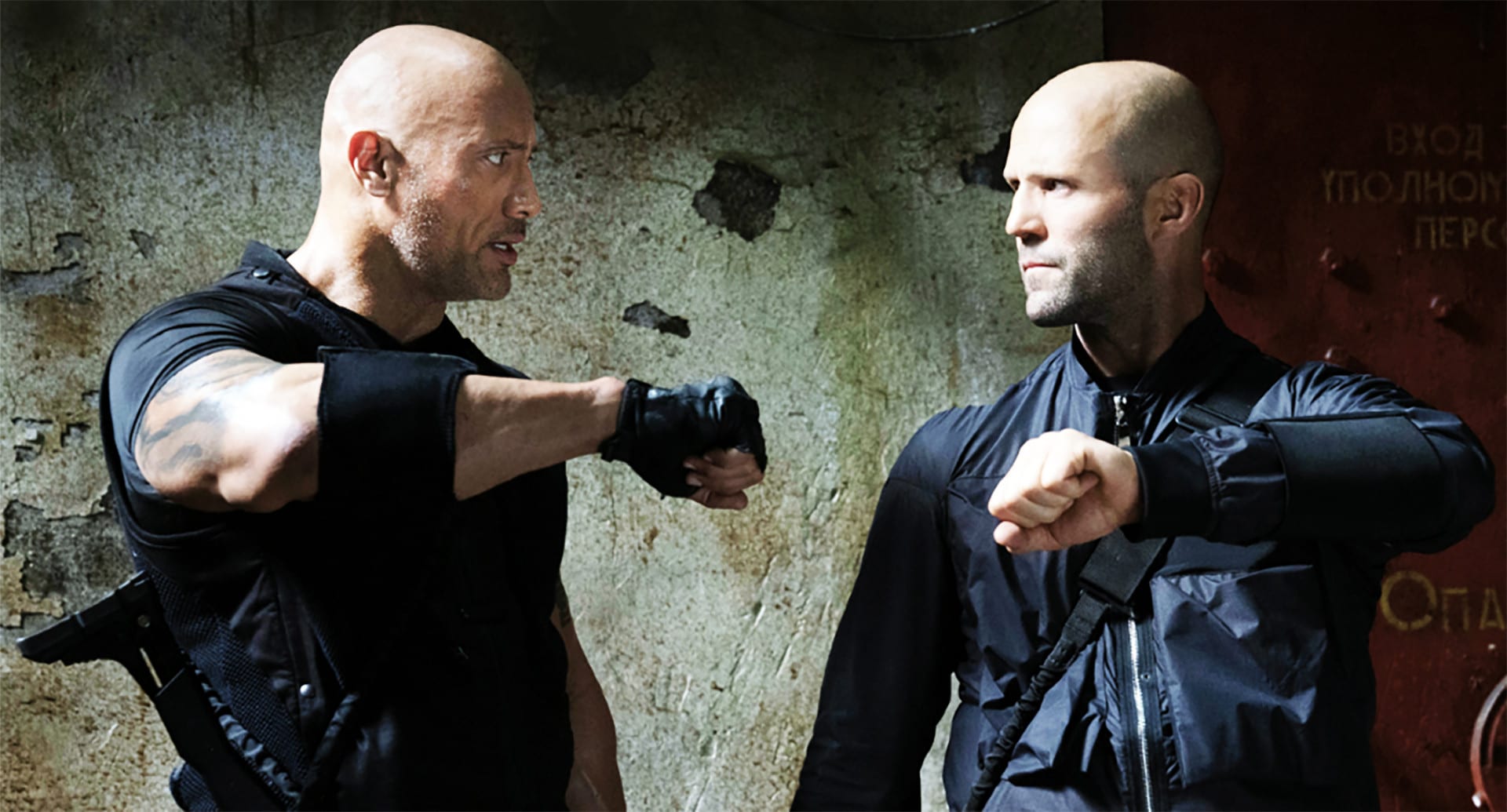 It is a strong premise with an impressive first half which works a treat thanks to the sheer enjoyment of the lead actors including Vanessa Kirby as Shaw’s feisty younger sister Hattie. But it is a touch too long with several false endings before the action moves to Hobbs’ home territory in Samoa. “You are all skin and bones” his loving mother tells him when she first set eyes on him.

Worth experiencing the breath-taking climactic action sequences on the biggest screen possible but make sure you stay till the end of credits for several unexpected delights.

THE ART OF RACING IN THE RAIN 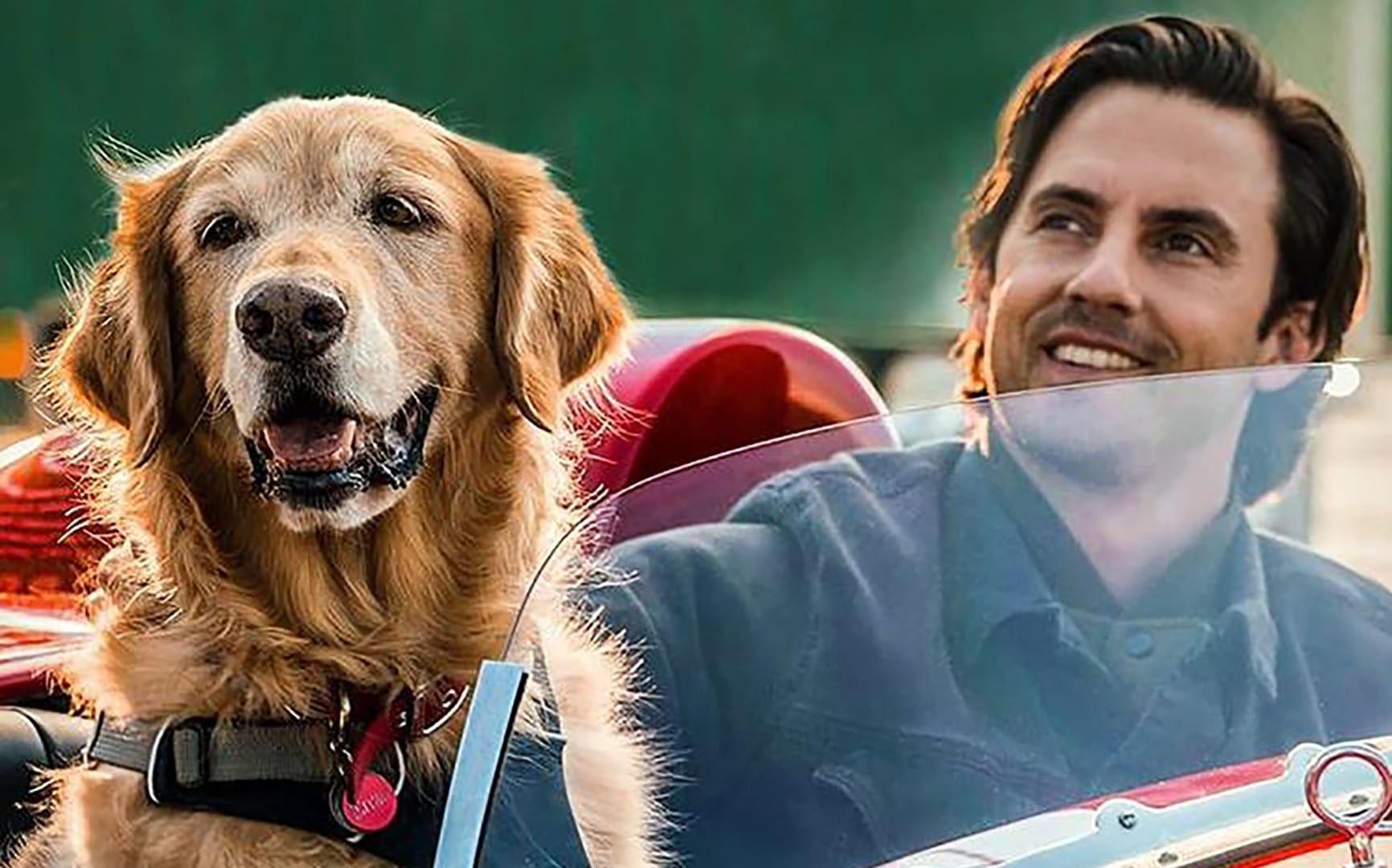 Kevin Costner is the voice of Enzo, the adorable dog of racing driver Denny (Milo Ventimiglia) in this sentimental film based on Garth Stein’s novel and directed by Simon Curtis. Ventimiglia is suitably sympathetic and his love for Enzo takes over the story until he meets his future wife Eve (Amanda Seyfried).

All intentions are good here but Costner’s monotonous delivery and the occasional ludicrous narration referring to dogs from Mongolia, who return from the dead in human form raise occasional unwanted laughs while Curtis’ one dimensional direction threatens to sink the project into the river of syrup. 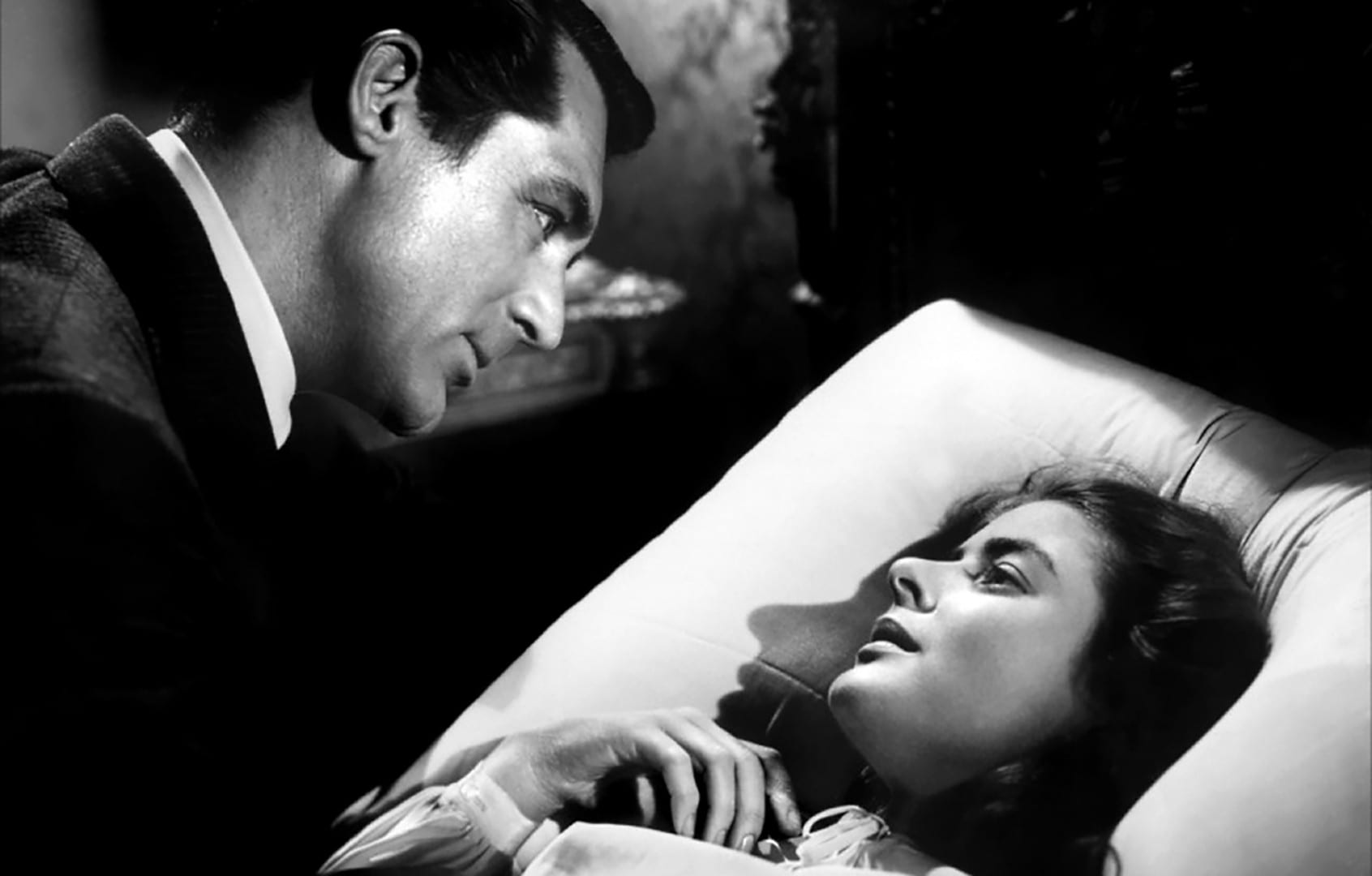 Alfred Hitchcock’s striking 1946 espionage thriller returns to the big screen in a brand new 4K restoration as part of a Cary Grant season at the BFI Southbank. He plays T.R. Devlin, an American government agent who recruits the beautiful but mysterious Alicia Huberman (Ingrid Bergman) to spy against Alex Sebastian (Claude Rains), a sophisticated ex Nazi in Rio De Janeiro…

An intense and intriguing thriller with many classic moments including the longest kiss in screen history between Grant and Bergman which confused the censor at the time, who couldn’t cut it as its three minute running time kept being interrupted.

See it on the big screen and marvel! 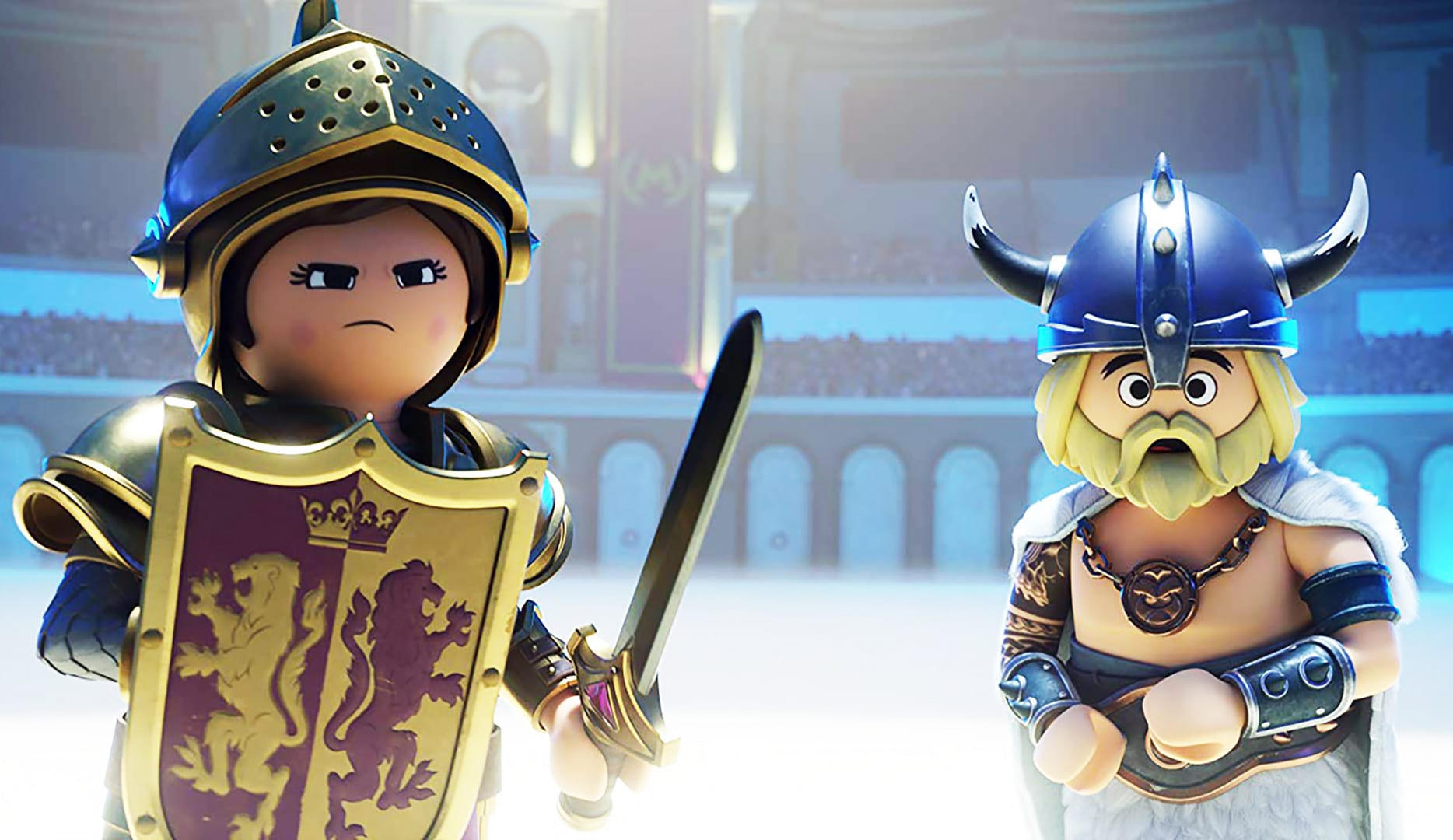 The unexpected success of THE LEGO MOVIE probably prompted the transfer of the Playmobil brand toys into an animated action adventure to the big screen. The story of a brother and sister who accidentally find themselves into the world of Playmobil, where a top secret organisation makes citizens from different lands vanish into thin air…

It is a fun premise which effortlessly changes genre across the board – from pirates to Vikings and medieval knights but it is the charming secret agent Rex Dasher (Daniel Radcliffe) who may be able to rescue the siblings from imminent danger.

The lazy, hasty script may be in desperate need for re-examining but overall it is a likable, undemanding film with a fine contribution from Daniel Radcliffe as the Bond-like agent.

Also out this week:

GAZA: An excellent documentary on the plight of the Palestinians on the overpopulated and very much forgotten Gaza strip, especially since the 2014 election when Hamas got into power. The film focuses on the daily life of ordinary people including young children and a hard working taxi driver who struggle to live with a positive outlook on life despite their trapped and hopeless circumstances. Essential viewing!

STONES HAVE LAWS: This exceptional film gives a voice to the Maroon community in the former Dutch colony of Suriname. The project is written using an experimental process of collective scripting where the humble community tell their stories of African ancestral traditions with great dignity while expressing their concerns for the future following deforestation and mining caused by the West. A mesmerising experience!