Newly-appointed Archbishop Elpidophoros of America met with US President Donald Trump in the Oval Office at the White House on Tuesday. US Vice President Mike Pence and Alexander Karloutsos, vice general of the archdiocese, were also present during the meeting. Earlier this month, Elpidophoros received a letter of congratulations from the American president on his enthronement as Archbishop of America.

The meeting was very cordial, and the Archbishop had the opportunity to thank the President for a) sending his representative at the enthronement ceremony; b) his warm congratulatory letter on assuming his new position; c) his sincere support to the sacred institution of the Ecumenical Patriarchate, and d) the constantly demonstrated sensitivity of the President to the protection of Christians throughout the world.

The President indicated particular interest for the Orthodox Church and promised continued support for the activities and the work of the Greek Orthodox Archdiocese of America. 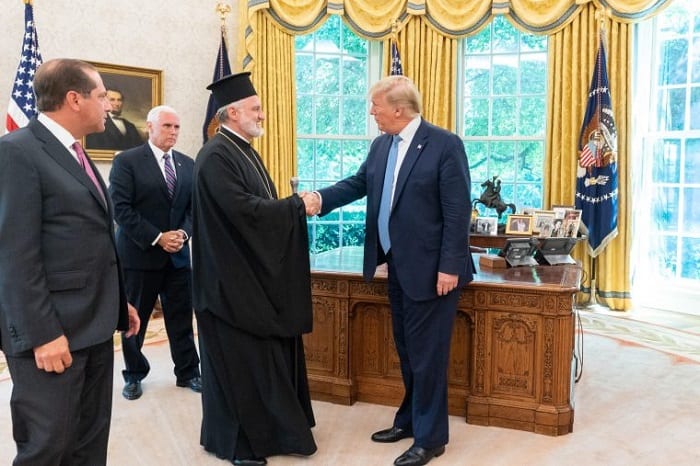 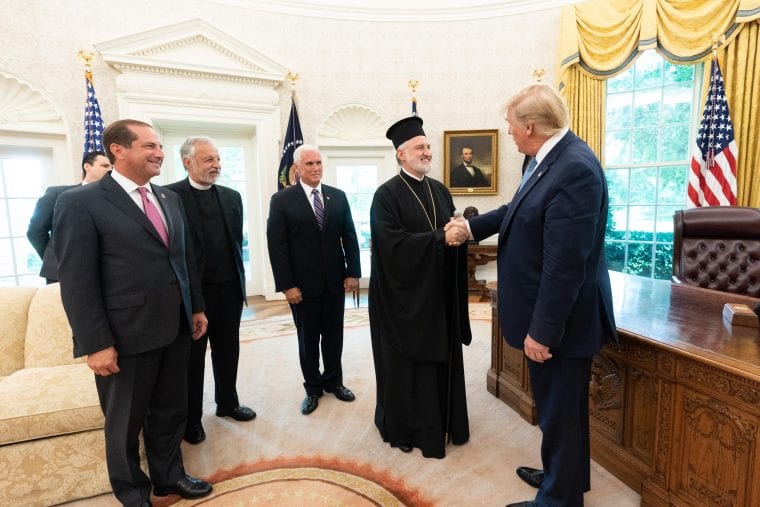 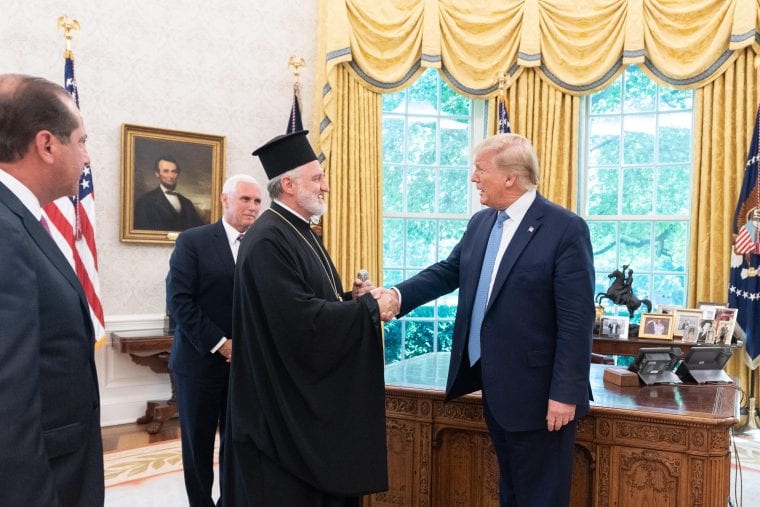 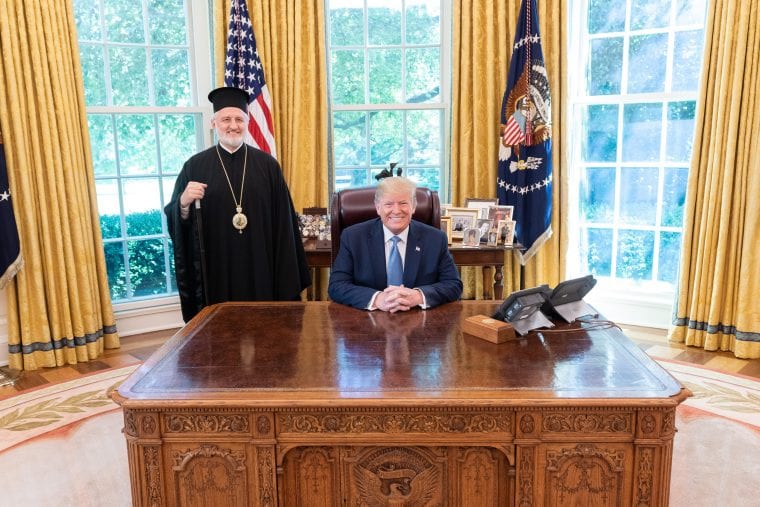