Over the course of the day, every young footballer at the club was rewarded for their efforts during the season, as team managers and coaches were given the opportunity to review the season with their players and their families.

As the club are celebrating their 25 year Anniversary, every young footballer was given a special commemorative medallion presented in a stylish green box; a wonderful keepsake for all.

The weather was kind to the club and about 400 young footballers celebrated their season’s achievements with their team. In addition to commemorative medallion there were individual awards for Top Goalscorer, Most Improved Player, a Sportsmanship award, Players Player of the Year and Managers Player of the Year.

In addition, the club bestows on a select few the distinction of specific, historical club awards. 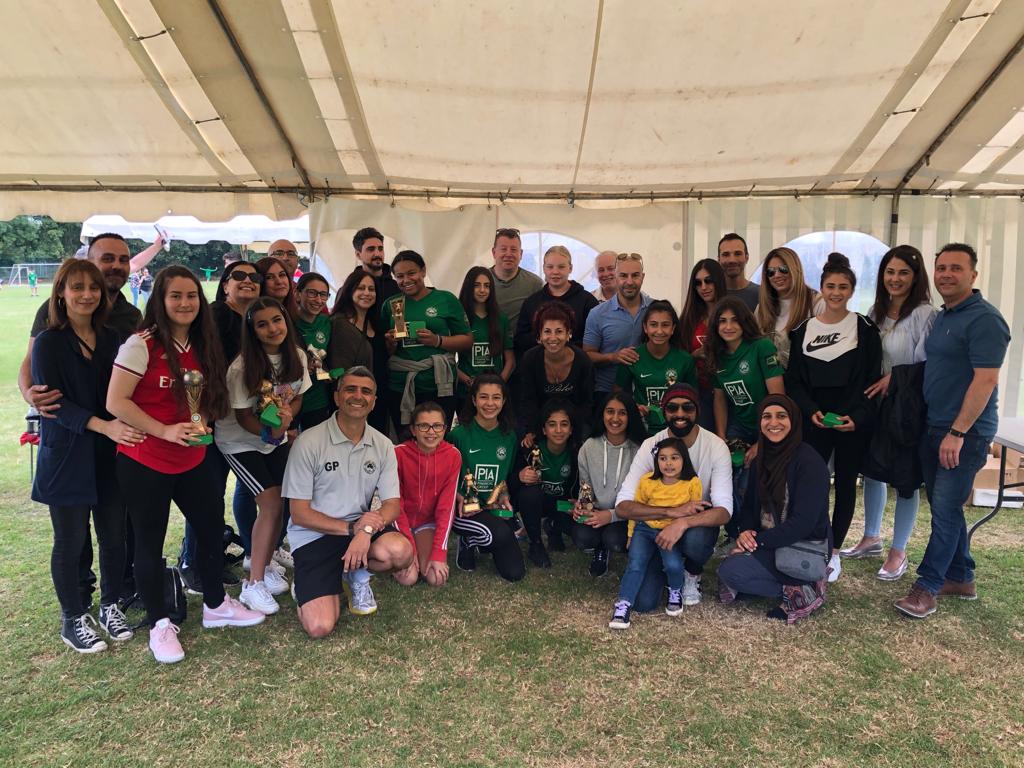 The Andreas Kyprianou Top Goalscorer Award was awarded to Brodie Theodorou-Ney who scored an amazing 59 goals for the under 14 Silver. The award is named after former Omonia Youth FC player and son of former chairman Kypros Kyprianou. The award was named after Andreas as he had completely dominated the award during his 10 years at the club.

The club also rewards the goalkeeper who over the course of the season keeps the most clean sheets and this season the winner was Stefanos Pieri, son of current chairman Michael Pieri of the Under 14 White. The team this season won promotion, got to two cup quarter-finals, a semi-final and won the club’s plate competition at the club’s recent summer tournament. 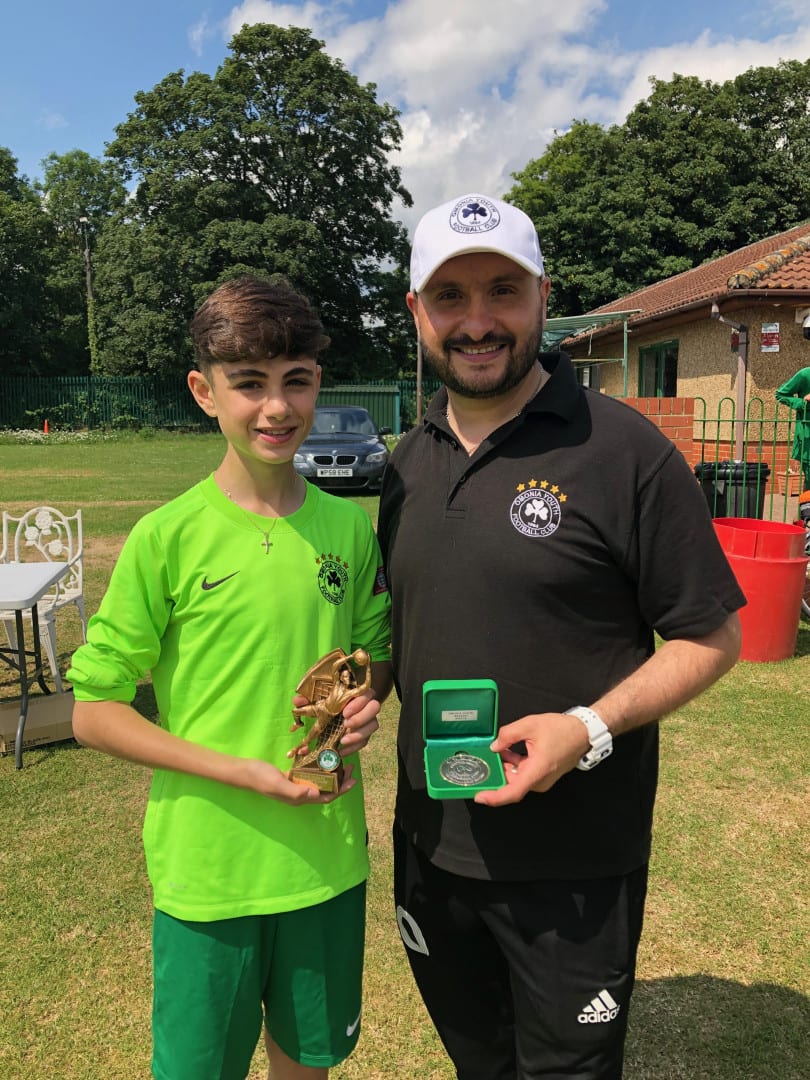 This season the club’s committee decided to award two further awards. As a club, Omonia Youth FC  pride themselves in being an important sporting outlet for the youth of the community. Thousands of young footballers have enjoyed their Omonia Youth FC journey over the past 25 years and the vast majority will look back at their time with the club and have fond memories. However, it is inevitable that players, managers, coaches, parents and supporters will come and go. Two players were awarded a special long service award given their incredible dedication, motivation and commitment to keep coming back year after year. Both Charlie Constanti and Andoni Kyprianou started their Omonia Youth FC journey when they were five years old, at the club’s development centre. Between them they have played hundreds of games for the club and this season their journey reached its end as they both played their last game for the Under 18 Green. In all, the thirteen years’ service the boys gave to their club was rightly rewarded.

Finally the club awarded the Steven Toumbas Achievement Award and this is a very special award named in memory of one of the club’s former players, Steven Toumbas, who in December 2008 died suddenly at the tragically young age of 20 years old. Since this unfortunate and very sad time, the club decided to dedicate an annual award in memory of his name. The Steven Toumbas Achievement Award can go to any player or person associated with the club whereby nominations by managers and subsequent review by the committee will be assessed. The award winner receives an engraved silver salver to keep. Steven was a high achiever in sport, academically and also in his work life and his contribution to the club will always be remembered. 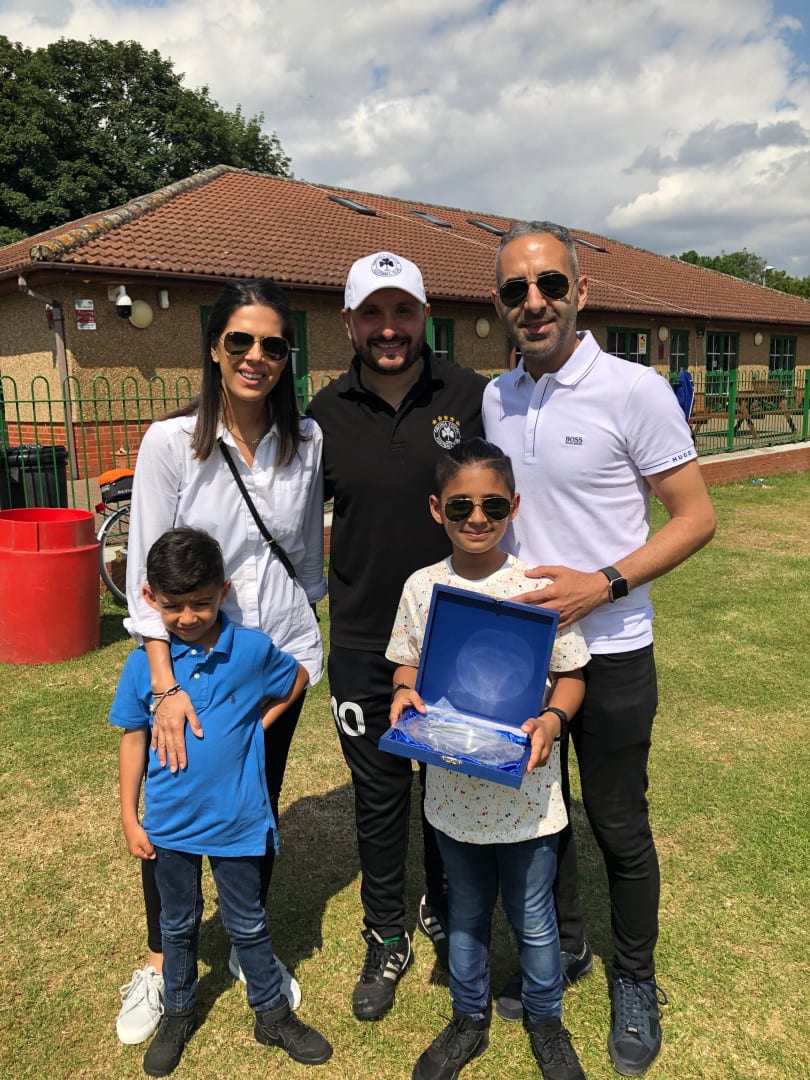 “This year I’ll be amazed if there is anyone here who has not been made aware of Mikey Poulli’s story. We have watched, listened, read and became very aware of the football journey Mikey has taken. Determined and resilient, Mikey has shown even at his tender age and even when the most difficult of obstacles that are put in front of you they can be challenged and they can be overcome to help realise a dream. We know Mikey is football mad, a huge Arsenal fan and dreams of being a professional footballer. When he sadly lost his sight at the age of 7, that dream did not end. In fact the dream continues and gathers pace. Mikey has shown incredible courage, resilience and determination to continue learning and developing his football skills as he continues his football journey. Guided by his doting parents John and Mireille it is a truly heart-warming story and the fact that Omonia Youth FC played even a small part in Mikey’s football journey makes us as a club proud. This fact is also acknowledged by his parents and Mikey himself and I hope you all agree that it is fitting that this year’s Omonia Youth FC Steven Toumbas Achievement award should go to Mikey Poulli and his family.”

Mikey and his family were very touched by the award and all who were present, as well as many of Mikey’s twitter followers, agreed that this was a suitable end to the day as the wonderful weather and positive atmosphere again underlined the incredible community spirit which is at the core of the club’s values. 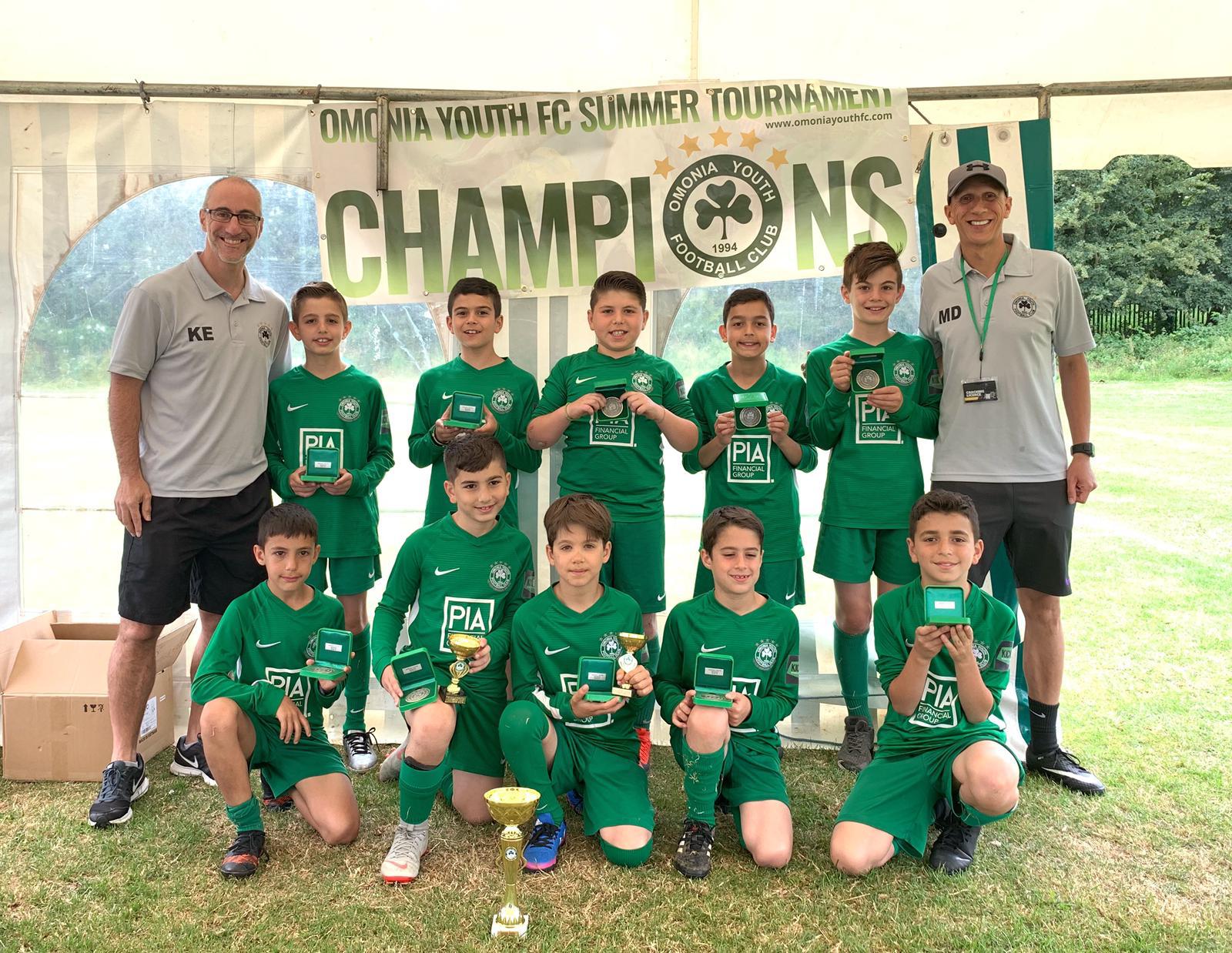 Under 10 White enjoyed their Presentation Day

footballers from different age groups enjoyed meeting each other and playing football with each other. Parents and friends of the club mingled with managers and committee members to enjoy another successful Omonia Youth FC Presentation Day. 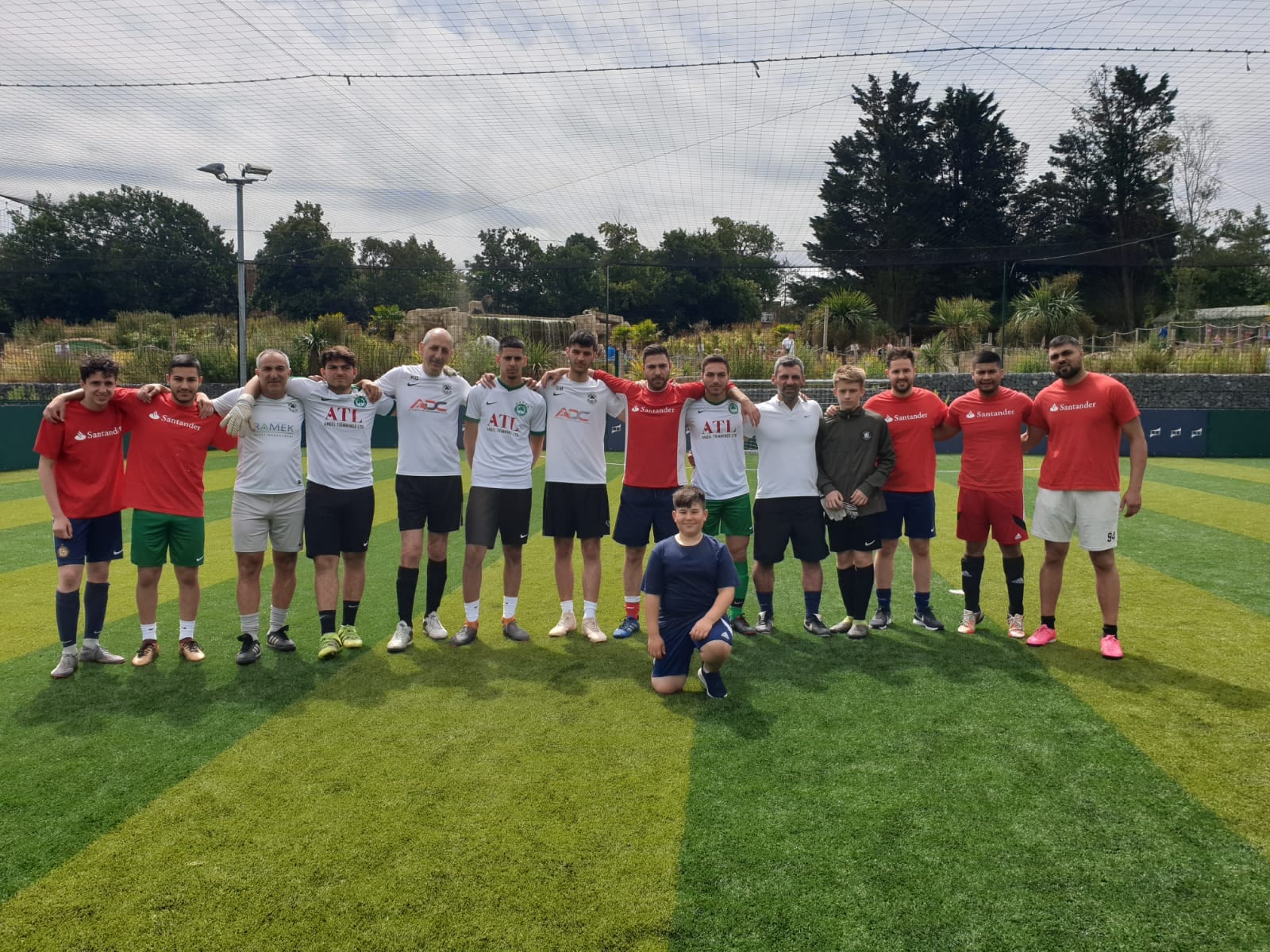 On the morning before the club’s Presentation Day, representatives from Santander Bank with coaches and players from Omonia Youth FC played a match to raise money for the community football club. It is the third consecutive year the match has taken place. Organised by chair of the club’s trustees Andy Charalambous, the event raised £1500 for the club. Well done to all involved and thank you to Santander Bank.