Throughout the two-day extravaganza, Cypriots from all over London and further afield, as well as attracting hundreds of visitors from a diverse array of ethnic backgrounds, were able to experience all things Cypriot – from soutziouko and KEO beer to souvlakia and Alasia Commandaria!

The event was officially opened in the early evening of Saturday 1 June, the master of ceremonies was Parikiaki’s very own George Michaelides with speeches by Cyprus High Commissioner in the UK Euripides Evriviades, it was a special evening for the Cyprus High Commissioner in the UK and he and his wife Nasia Iacovidou Evriviades were honoured for their outstanding contribution to the Cypriot community in the UK. Bishop Athanasios of Tropeaou also spoke on behalf of Archbishop Gregorios of Thyateira and Great Britain in the Archbishops absence. Parikiaki’s Managing Director Bambos Charalambous gave a very passionate and emotion filled speech about the event, as it is something that is especially meaningful for the collective progression of the Cypriot community in the UK. A message by Commissioner for Humanitarian Affairs and Overseas Cypriots Fotis Fotiou, who was unable to attend, was read out by Mr. Theodoros Gotisis, the General Consul who also gave his address. Also, in attendance at the opening ceremony was the Organising Secretary of the central committee of AKEL Christos Alecou was also one of the speakers, also in attendance President of POMAK and DHSY Mr Andreas Papaevripides, President of the National Federation of Cypriots in the UK, Mr Christos Karaolis, Chair of the Cypriot Community Centre Suzie Constantinides and President of NEPOMAK Mr. Christos Tuton, as wells Councilors Andrew Dismore and Maria Alexandrou who were later joined by the Leader of Enfield Council Nesil Caliskan. Other distinguished guests General Secretary of AKEL in Britain Andreas Gregoriou, local councilors and members of community associations and organisations and of course the first Cypriot Member of Parliament Mr. Bambos Charalambous MP for Enfield Southgate

In his address, Parikiaki’s Managing Director Mr Bambos Charalambous, welcomed all those present to the 37th Cypriot Wine Festival to celebrate Cypriot culture.

He continued, “Our character has also evolved – we still celebrate the Cypriot Culture, Food and Wine, but now we are also celebrating the British-Cypriot micro-culture, promoting local artists, artisans and businesses alongside the ones from Cyprus.”

On Cypriot ties, Mr Charalambous said, “This event was originally based on the Limassol Wine Festival and adapted to suit the special characteristics of the Cypriot community in London. The Limassol Wine Festival otherwise known as the Cyprus Wine Festival, founded in 1961, is an annual celebration held at the end of the summer – coinciding with the end of the grape harvest – with the mission to celebrate and promote Cypriot Wines and Winemaking. The Cypriot Wine Festival & Business Expo in Britain, on the other hand, has an expanded mission of promoting to Londoners not only Cypriot wine but also traditional foods and Cypriot Culture in general.

Performing for the first time ever at CyWineFest, the singer gave her all, singing his biggest hits such as Mi M’Akoupas and Eime Kala which were a huge crowd pleaser, Ena, Ti Tha Akouso Akoma, Ela, O Hronos, Na M’agapas, the list of her hits goes on and on, Peggy Zina also performed classic songs from the masters of Greek music as well as tracks by other artists, even throwing in a medley of Cypriot classics! She had those in the seating area jumping out of their places from the moment she stepped foot on stage. Everyone in the venue joined in the party, singing and dancing the evening away.

After concluding her performances, Peggy Zina spent time posing for photos with the lucky few who had meet and greet access.

This year’s line-up included the great talents of Platinum Performing Arts School, Roger Grech, Eleni C, Mario Christou, Kat Neocleous, Marathovounos Choir, George Germanakis, Bambas Shaouna, Tiana Lydia, Philhellenes Dance Group, Bi Communal Music and Dance Association – Cyprus all these superb performers from Cyprus and from our community who both performed their own singles and received a great applause from the audience, Alex Jacovides performed on both days with the wonderful sound of the bouzouki, reciting solo bouzouki favourites. Back by popular demand was the fabulous Elizabeth Chapman and a man who deserves a huge thank you, DJ Chris Theoharous as well as a selection of LGR’s DJ’s who kept the excitement going throughout the two days with their music choices.

Exhibitors from Cyprus and the UK

The business expo included many successful companies promoting their business, services and products. Amongst them was LOEL and LAIKO with Marathon Foods, Archway Sheet Metal Works, Sydney Rocks, Mb0ss, My Bright Pink Ice Cream Van, Tasos Record Collection, Halloumi King, Dwayne Chambers very own Chambers Academy of Sport but also many organisations such as the Metropolitan Police Service Greek and Cypriot Association, UK Thalassaemia Society and New Salamis FC who year in year out provide visitors with their specialty souvlakia.

There was plenty to eat, plenty to drink and plenty of traditional Cypriot delicacies to sample. Souvlakia by New Salamis FC, kioftedes and kleftiko by the Cypriot Community Centre restaurant, lountza and halloumi sandwiches by CyWineFest/Laikon Kafeneio as well as mahalepi. Aroma Patisserie’s tasty tiropittes, lokmades, shiamishi and koupes, My Birght Pink Ice Cream Van’s rose flavoured ice-cream, Panairkotika, Cypriot flavoured chocolates– there was something for everyone!

As every year, quality Cypriot wine was plentiful allowing visitors to sample the many different variations produced on our island. Many wineries and factories were present at the event; the Ministry of Agriculture, Rural Development and Environment of Cyprus took part for the first time with wines from the winery in Zakaki. Oenou Yi Ktima Vassiliades exhibited for the first time at the event and other wine producers included LOELwines, Kamanterena winery, ktima KEO and Makkas Winery.

Following the huge success of last year, the cocktail bar made a comeback! Once again with unique concoctions made using Cypriot alcoholic beverages prepared by Pedros Lampetis.

CyWineFest offered many fun activities to keep the little ones amused. There were bouncy castles, glitter tattoos, colouring in stations, fun games and as last year, we took full advantage of the outdoor space and gave children the opportunity to take part in football tournaments and even enjoy a donkey ride!

Parikiaki would like to say a massive thank you to the tens of volunteers who helped us over the Bank Holiday weekend. We truly appreciate all your efforts.

A massive thank you

Parikiaki would like to thank the festival’s sponsors and supporters whom without, this celebration of all things Cypriot would not be possible.

Finally, to the thousands of visitors who supported our event, to the management and staff of Parikiaki and all the CyWineFest team who worked tirelessly all throughout the year and for putting in so many overtime hours in the run up to CyWineFest 2019. Considering that the population of the Republic of Cyprus is 812,000 (according to the last census) having a Cypriot event over 2,500 miles away and attracting close to ten thousand people over the weekend the organisers always look to the future and reaching larger audiences, the mission always to represent and promote Cypriot culture in the UK 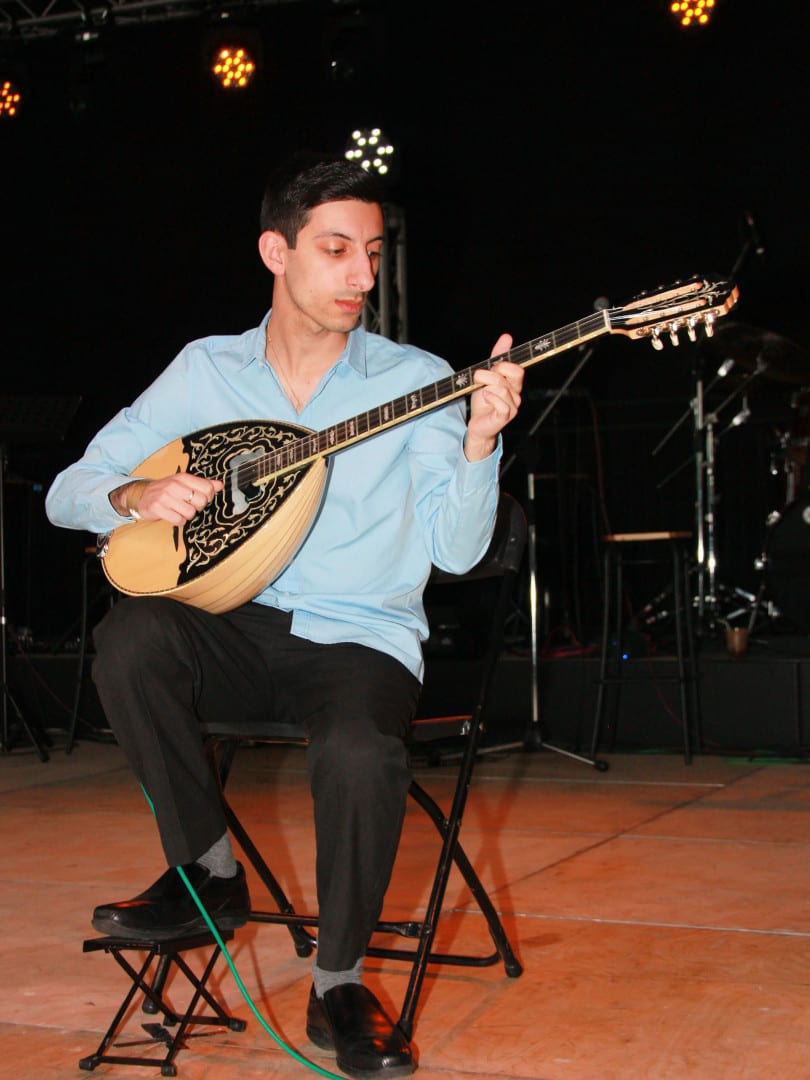 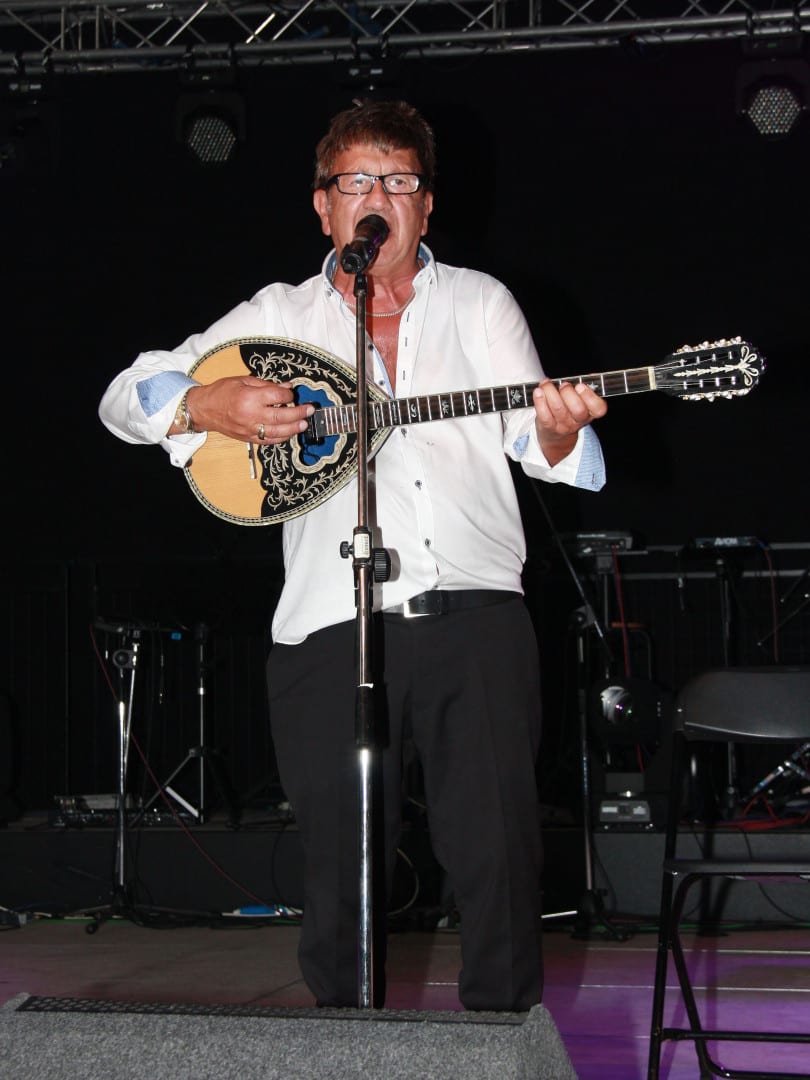 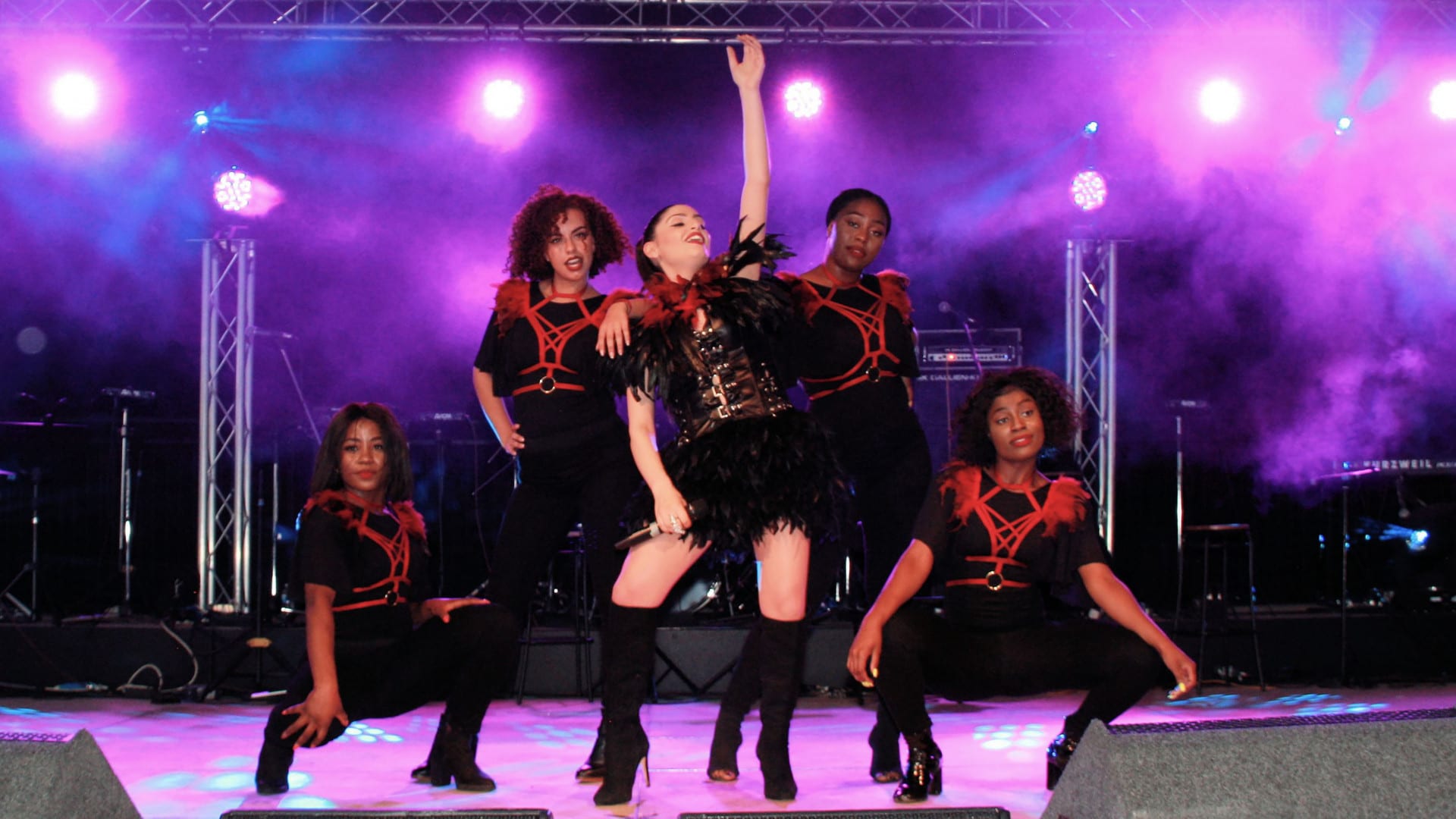 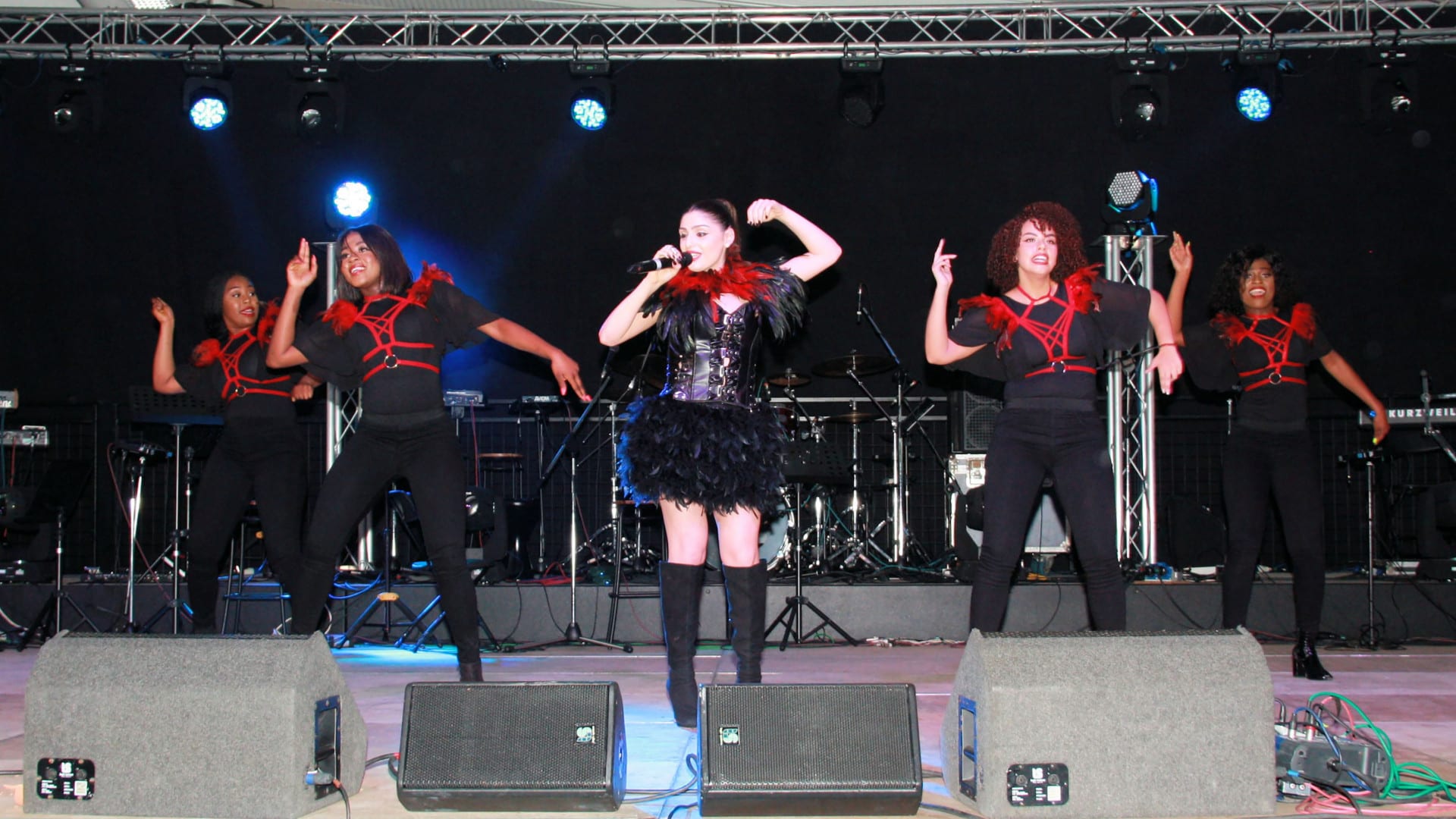 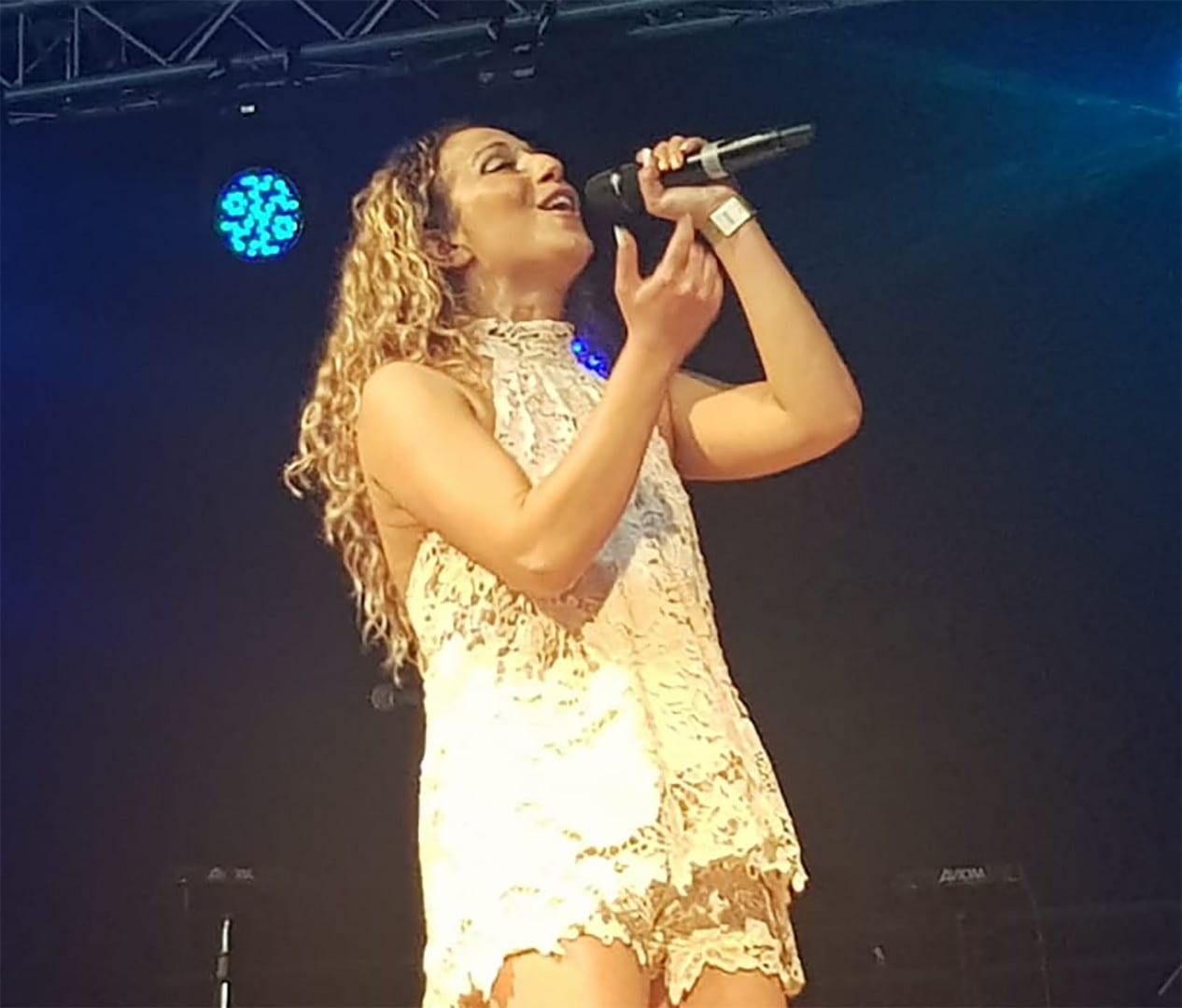 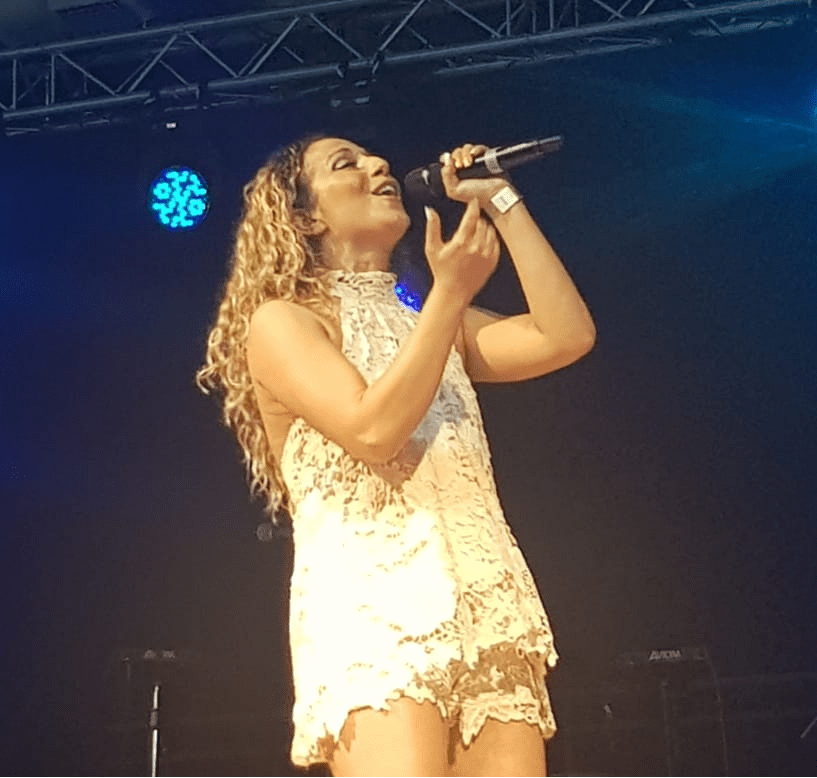 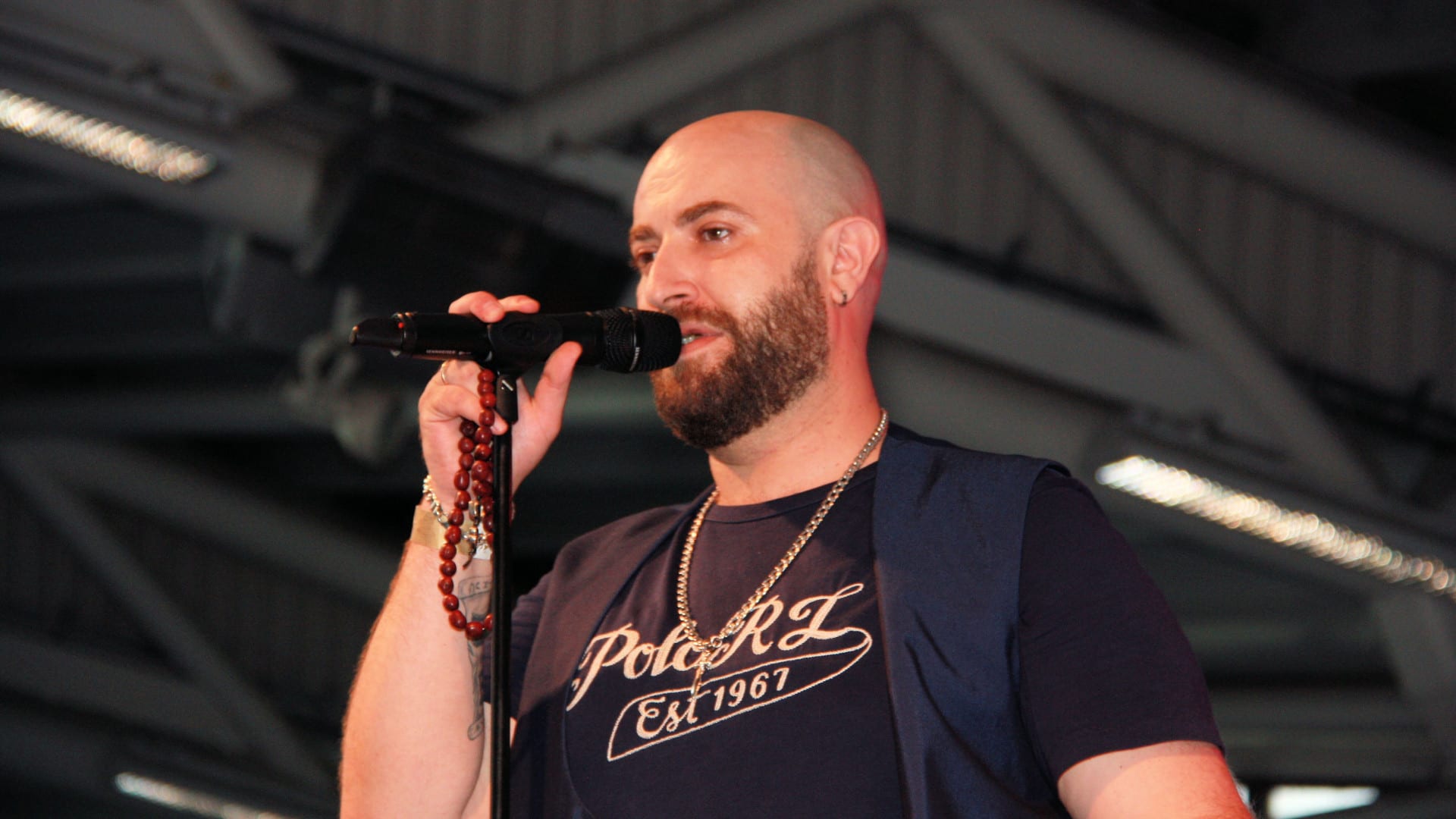 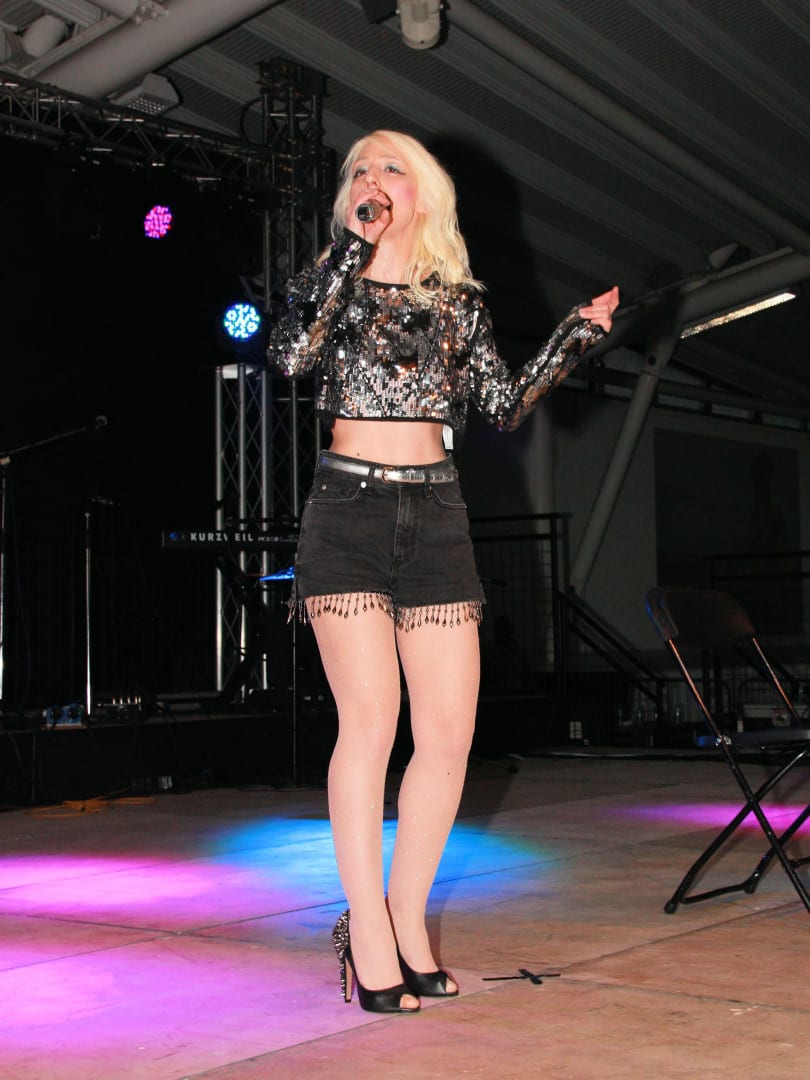 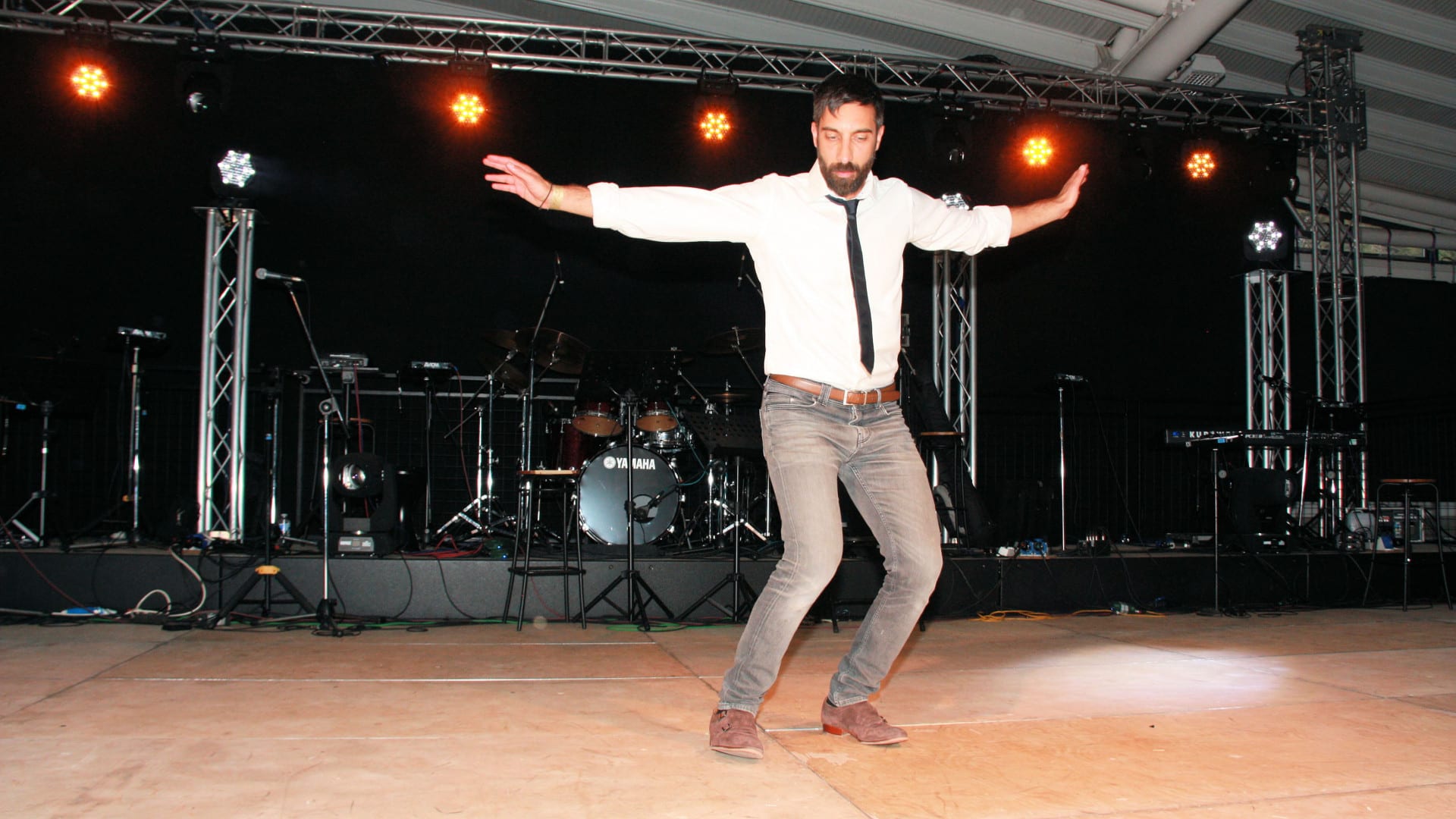 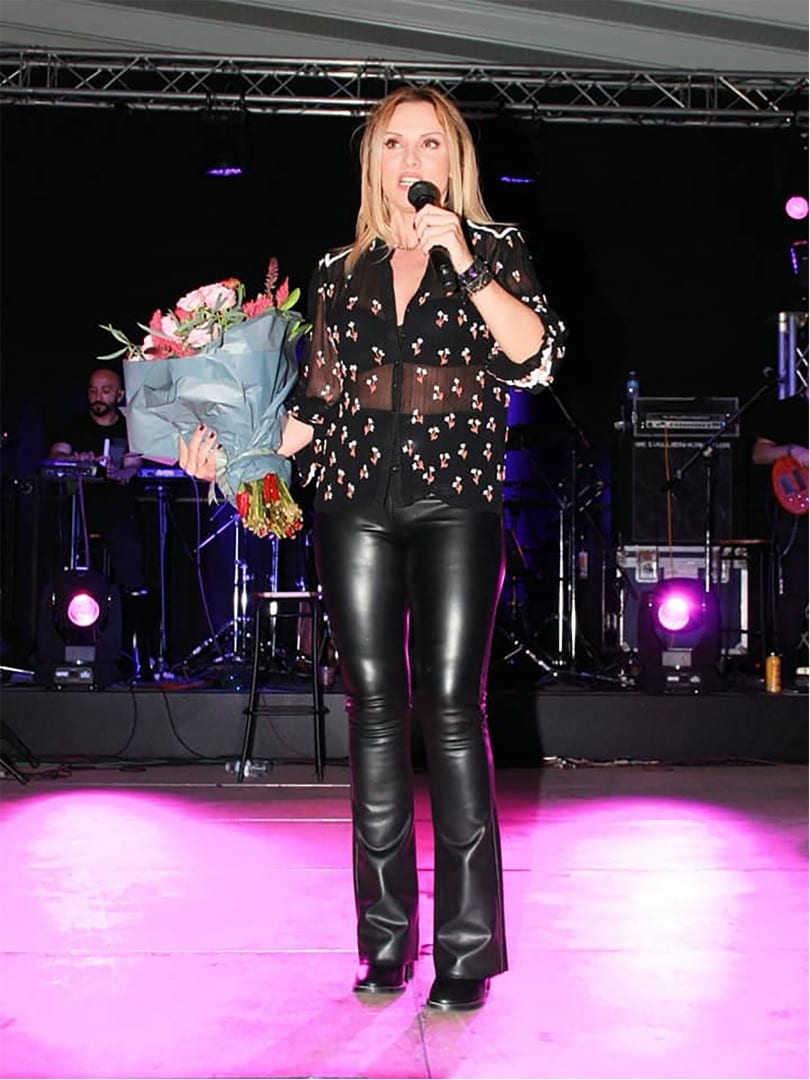 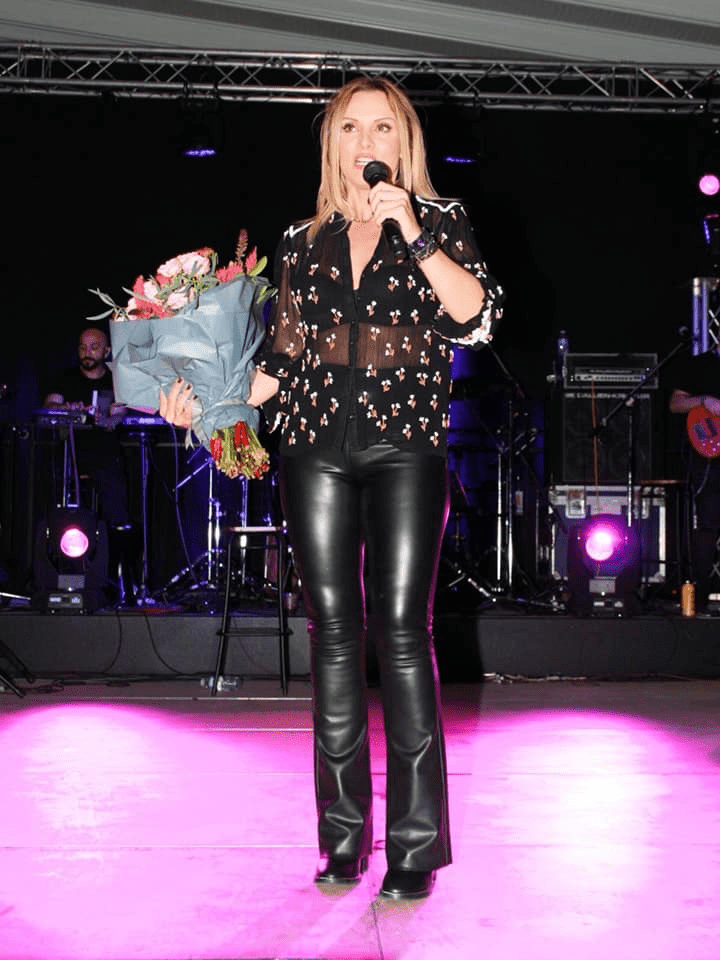 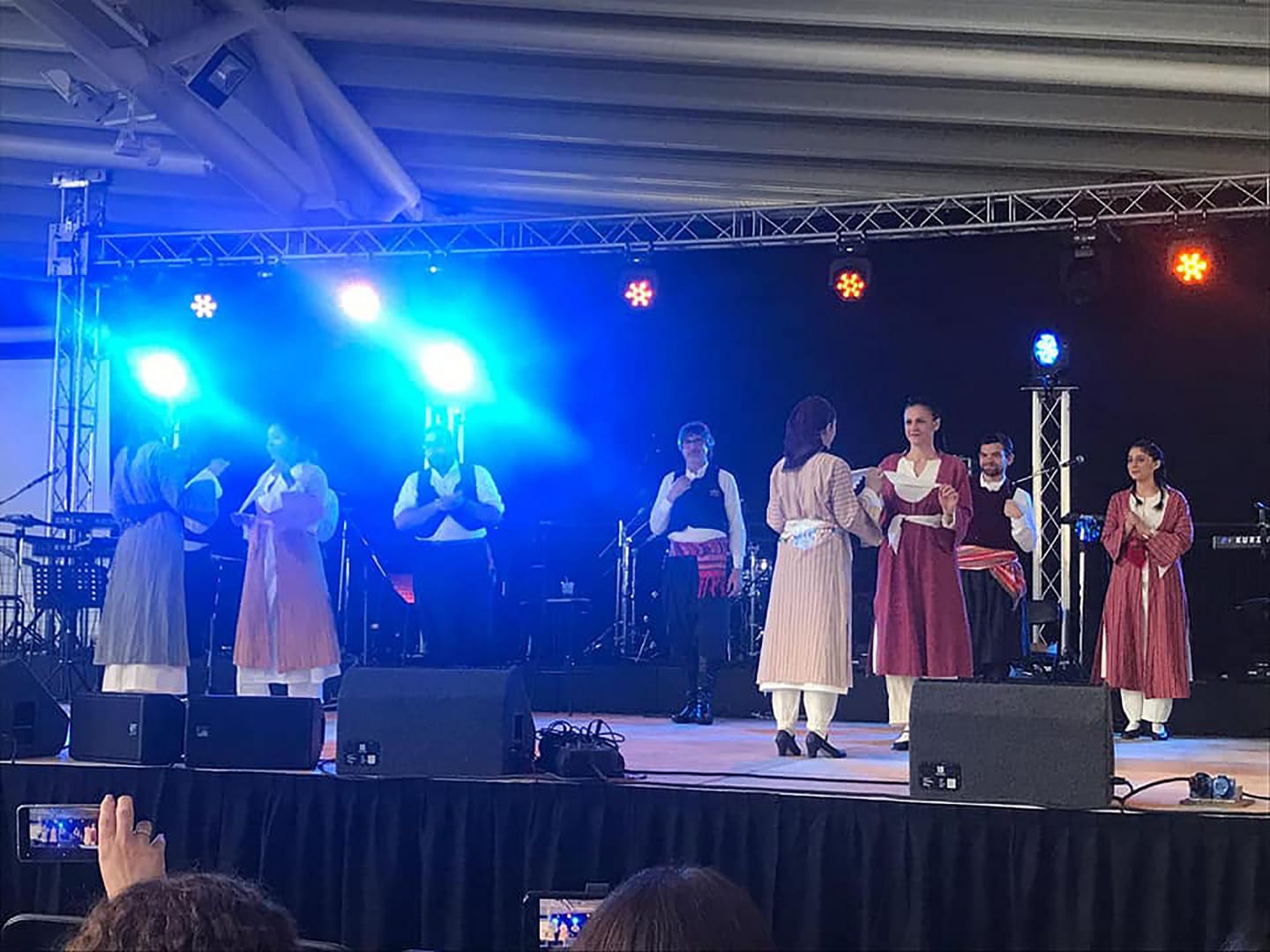 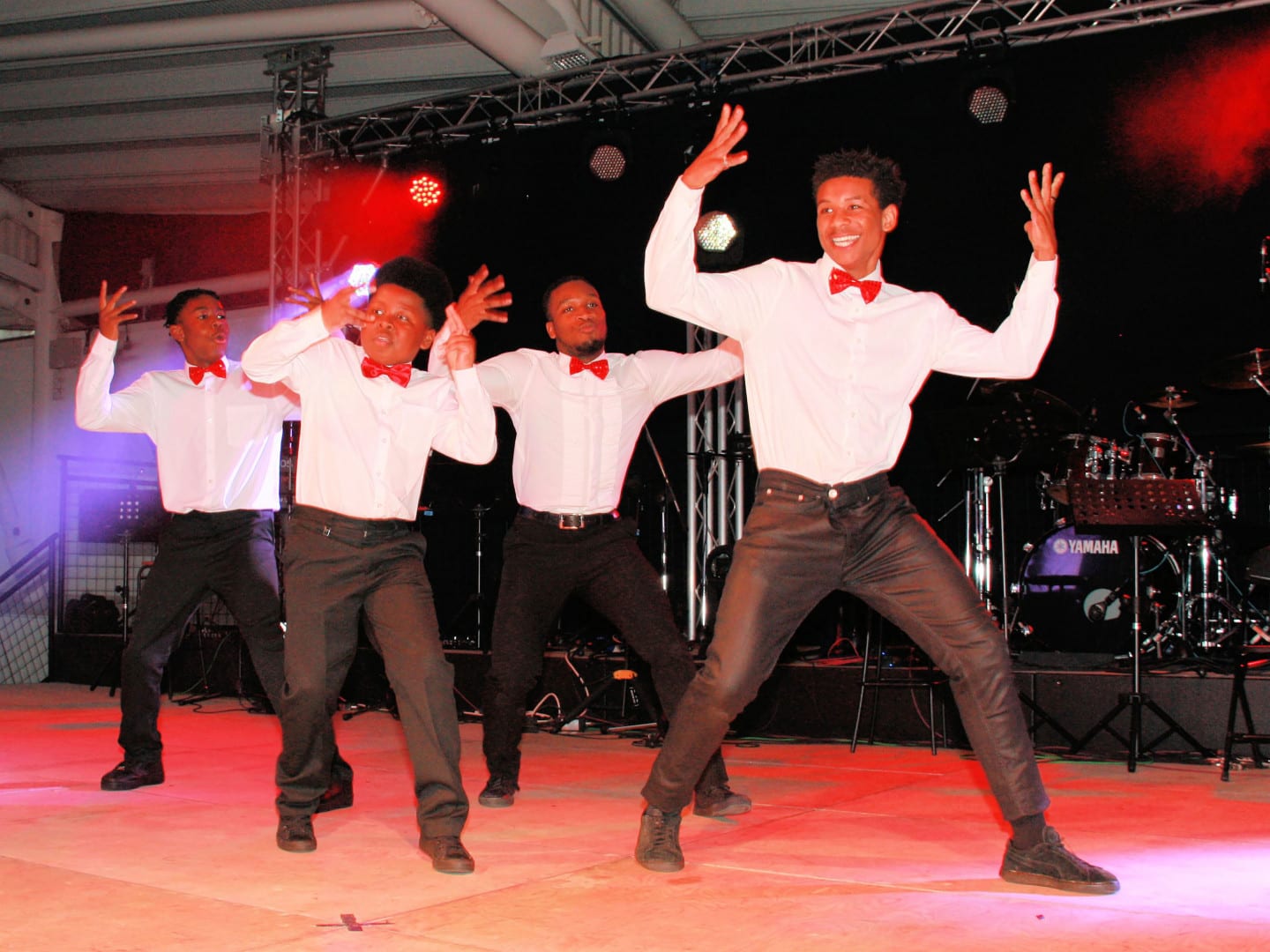 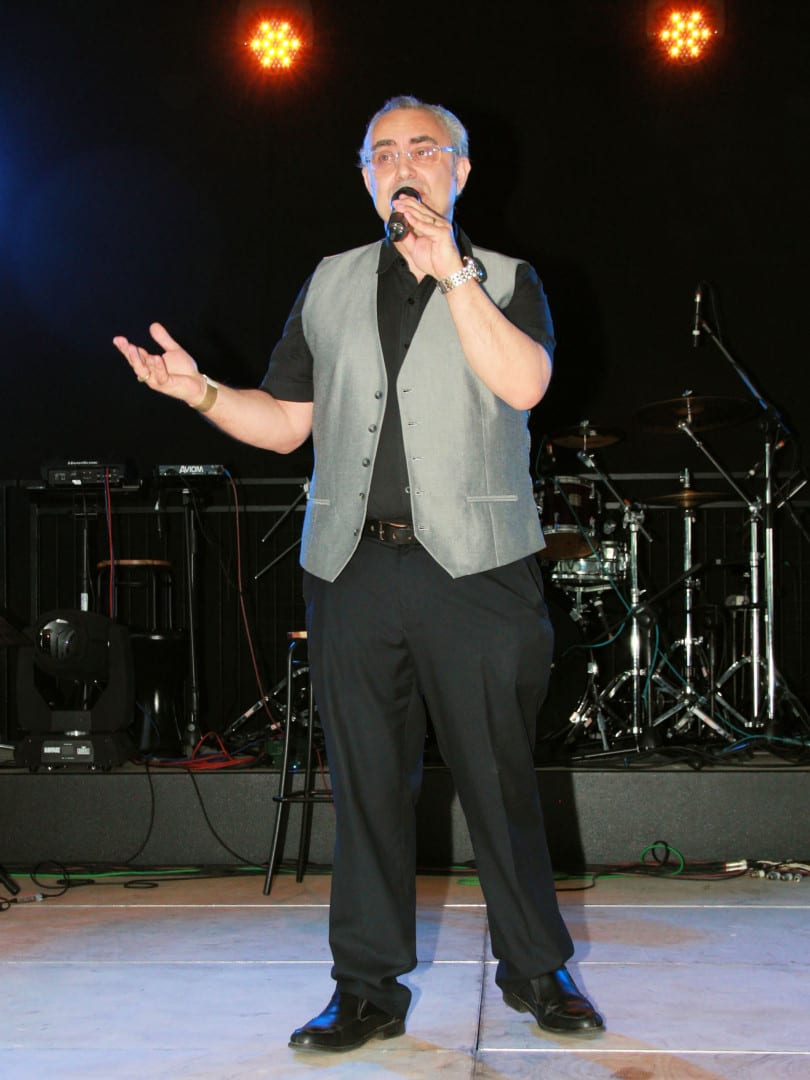 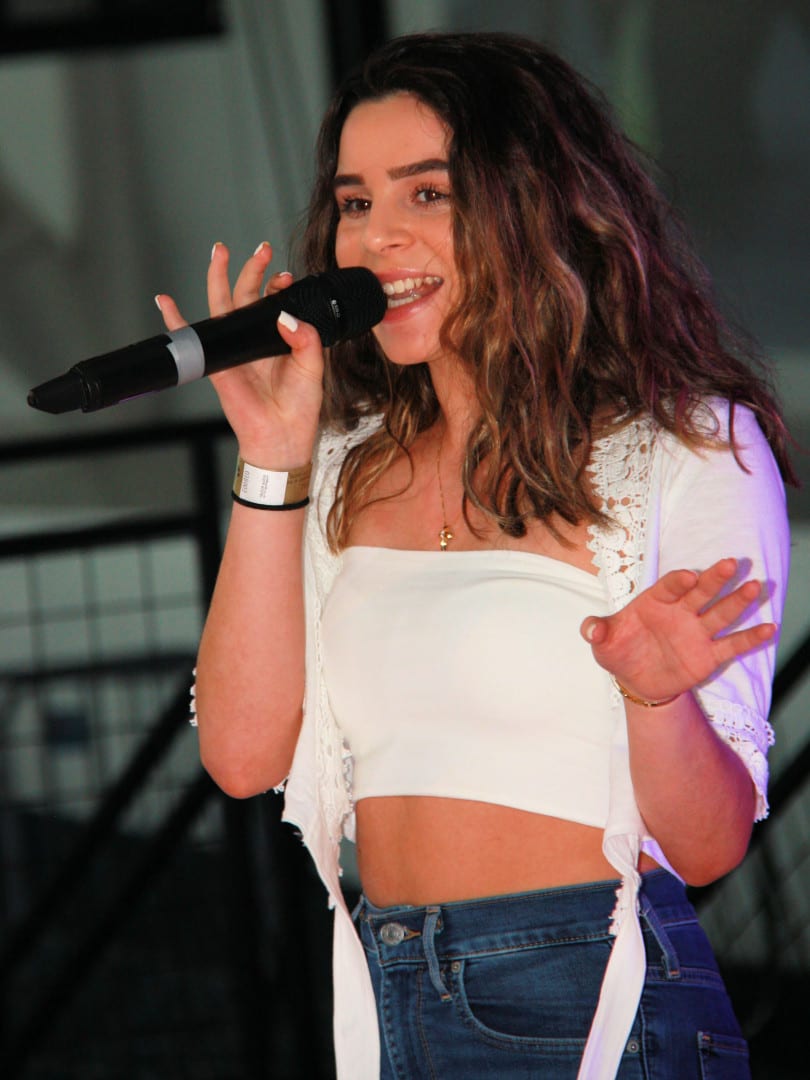