Omonia Youth U13 Green Cup Winners: 2-0 down at half time, a brilliant second half comeback by the Under 13 Green who scored three goals and won the Spring Cup

With just finals weekend left, the teams of Omonia Youth FC, sponsored by PIA Financial Group and Philip Ross Solicitors had much to celebrate last weekend as the grassroots game was strikingly similar to the professional game. This season’s Champions League semi-finals were characterised by remarkable acts of resilience as both Tottenham Hotspur and Liverpool fought back from seemingly impossible deficits to win and take their place in the final of club football’s most prestigious cup competition. Taking their cue from some of their heroes, our Under 13 Green, who found themselves 2-0 down at half-time in the Watford Friendly League Sporting Cup Final, drew on their talent and their strength of character as they won the final in dramatic style scoring three second half goals to win 3-2. A wonderful end to a brilliant season. Well done to the management team of Omi Omirou and Stel Loizou.

Omonia Youth U10 Silver Finals Week: Brilliant end to the season for the Under 10 Silver

Vas Demetri’s Under 10 Silver unfortunately could not emulate the cup success of their older peers but the boys were magnificent as they won their semi-final 3-0 and only lost the final in due to a last minute winner. Vas was rightly proud of his team as he said: “The boys played amazing football throughout the qualifiers and today with only conceding one goal throughout competition which was in the final game. Bekim and I are very, very proud of all the boys.” 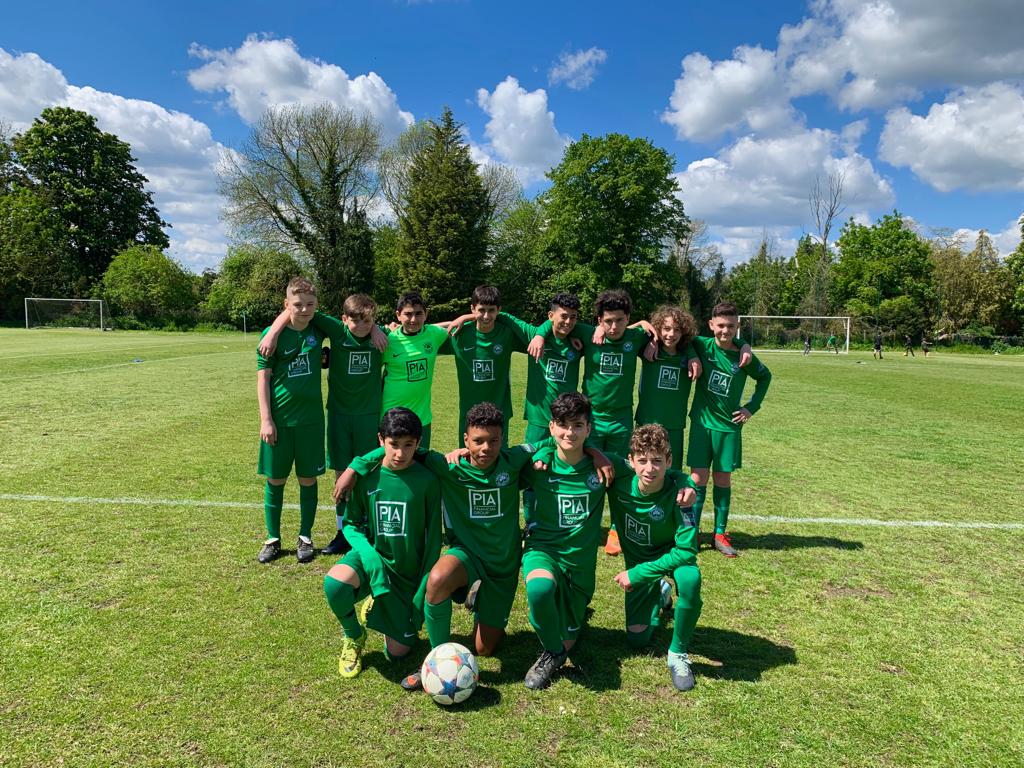 Omonia Youth U13 Gold Successful Season: Under 13 Gold have had a positive season playing attractive football

It was also an exciting season for the Under 13 Gold which saw five new players join at the beginning of last season and who have now settled into the team. Although they lost 2-0 on Sunday, the team achieved a respectable 4th position in the division and coaches David Poncia and Savvas Zavros are extremely happy with the progress of the team and very grateful to the parents who have supported the team throughout.

Michael Pieri’s Under 14 White cemented their second place in the table with another last gasp win as they won 2-1 at home thanks to goal in injury time from Godwin Obeng. Top scorer Noel Allen put them ahead before their opposition equalised. Emmanuel Onuoha-Nzeh was named Man of the Match.

Mario Demetriou, Johnny Othona, Elvis Leon and Tas Georgiou’s Under 12 Green ended a positive season by confirming promotion with a fantastic display of passing and movement and outscoring their opponents by 7-1. The boys have matured so much this season and all the coaches & parents were very proud of the boys today 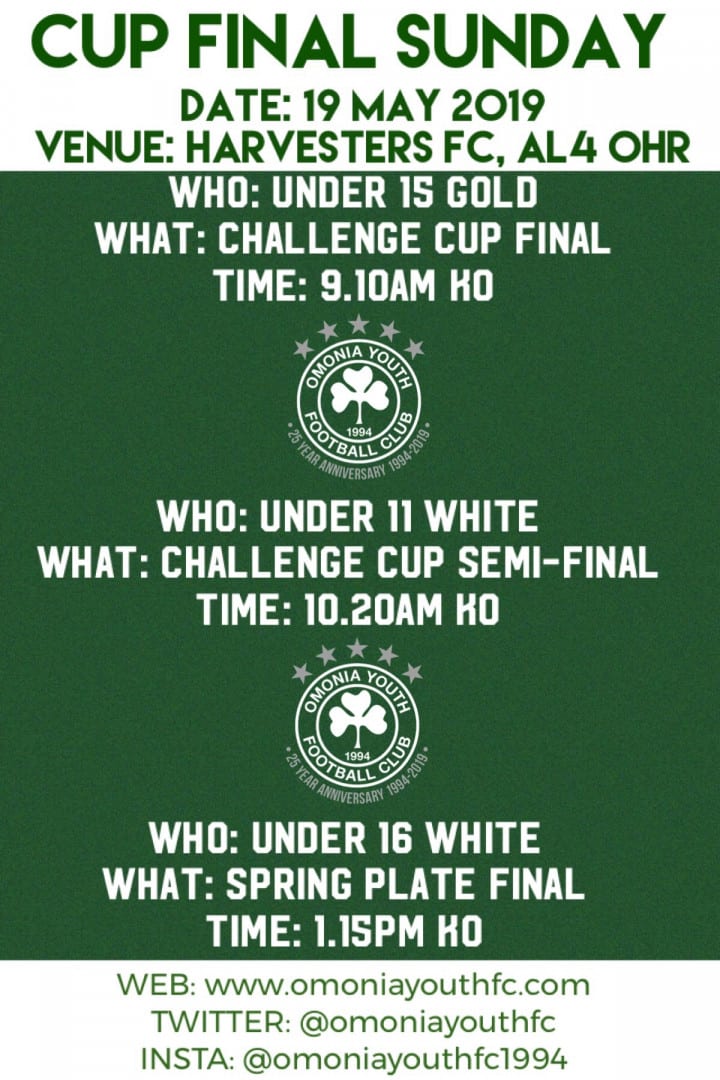