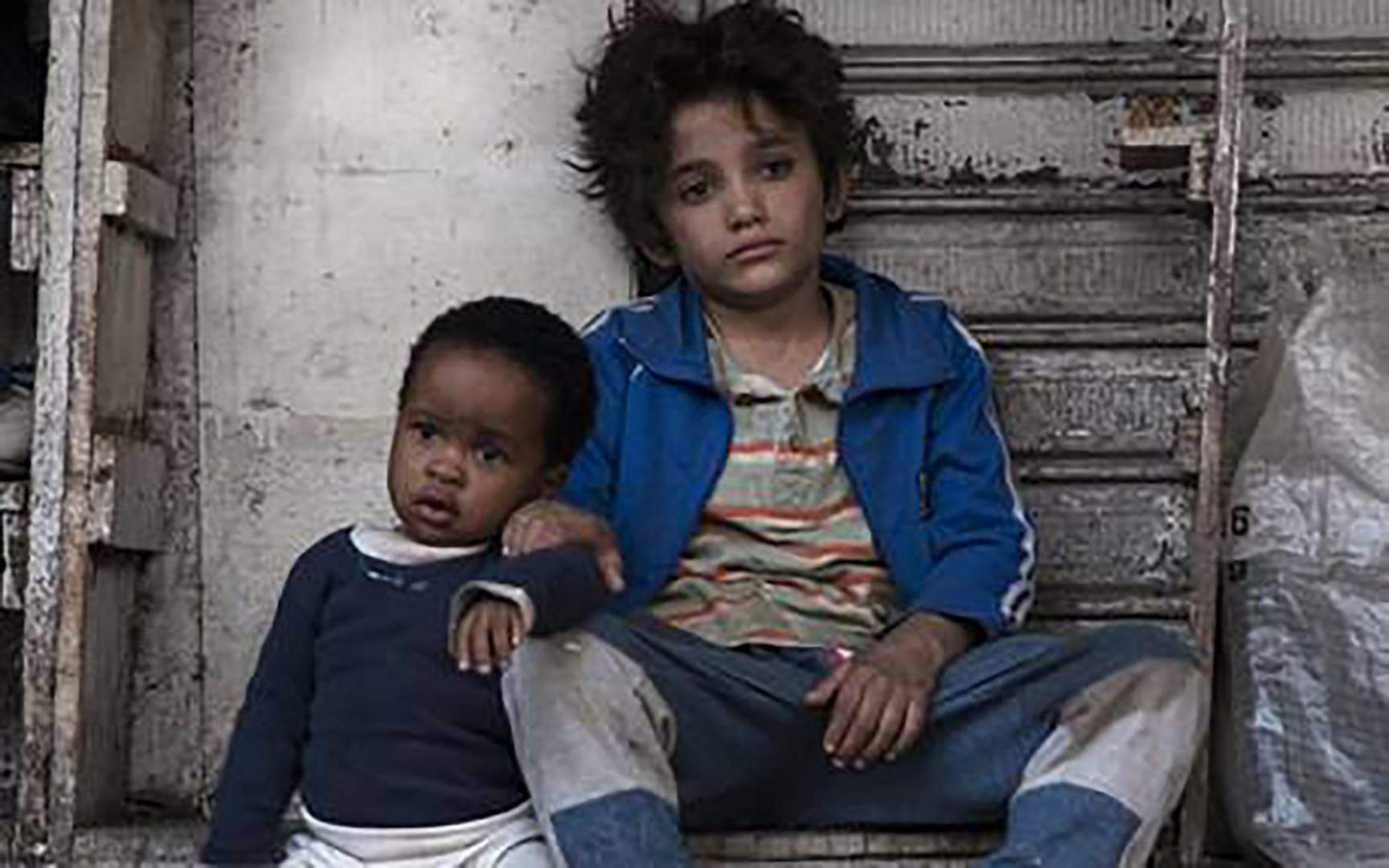 Nadine Labaki’s multi award winner and Oscar nominated feature for Best Foreign Language Film is a must see. A change of direction for the elegant actor and director Nadine Labaki well known for such delights as CARAMEL and WHERE DO WE GO NOW? Her harrowing film tells the story of Zain, a 12 year old Lebanese boy who decides to sue his parents for bringing him to the world. It seems to be an extreme act from this angelic little boy but once his story unfolds in the poverty-stricken streets of Beirut where Zain struggles to make ends meet as well as save his younger sister from an unwanted marriage everything begins to make perfect sense…
It is a compelling film that demands attention from its very first scene till the final credits. Zain Al Rafea delivers a tremendous performance and carries the whole film almost singlehandedly. He is a force of nature with a luminous presence and he never stops for a second to catch his breath until he achieves his purpose.
Labaki’s fluid direction never falls into sentimentality and is always mesmerising. She also makes a fine contribution as the sympathetic lawyer representing the boy in court.
Like Mira Nair’s SALAAM BOMBAY this is an essential film and an instant classic!

ON THE BASIS OF SEX 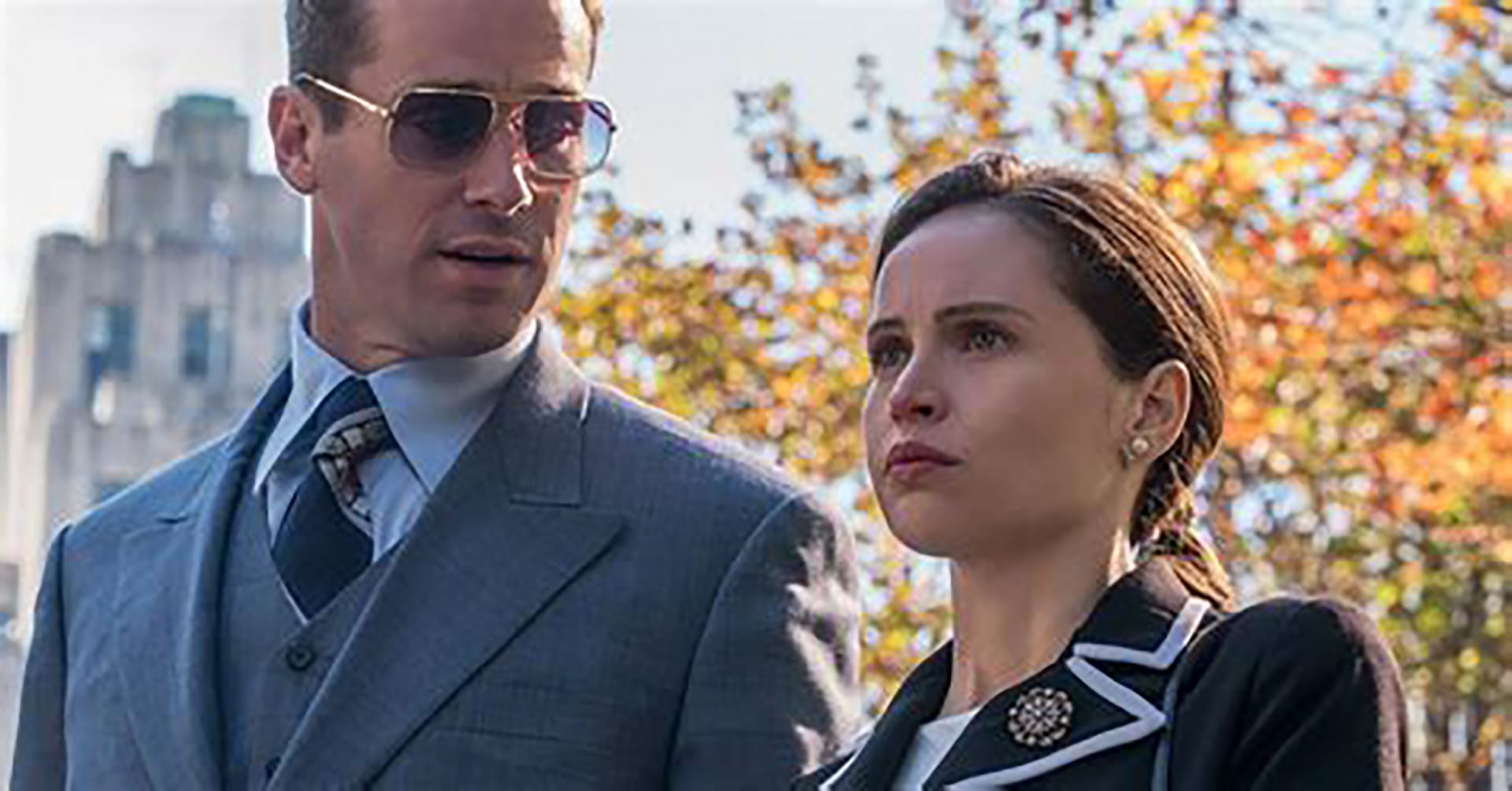 This powerful true story begins in the late fifties the time when the young Ruth Bader Ginsburg (Felicity Jones) becomes a mother while still studying law at Harvard University where she is fortunate enough to find her soul mate Marty (Armie Hammer).Their love and support for each other throughout the years is truly inspirational especially when Ruth is employed as an attorney and is still struggling to make her voice heard amongst a male dominated society. Her big break comes when she decides to represent a client in court facing gender discrimination…
Felicity Jones and Armie Hammer share a loving screen relationship which is crucial to this remarkable story. They are both impressive but are let down by Mimi Leder’s unfocused direction and Daniel Stiepelman’s fragmented screenplay. Still, the perfect companion piece to the recent documentary RBG! 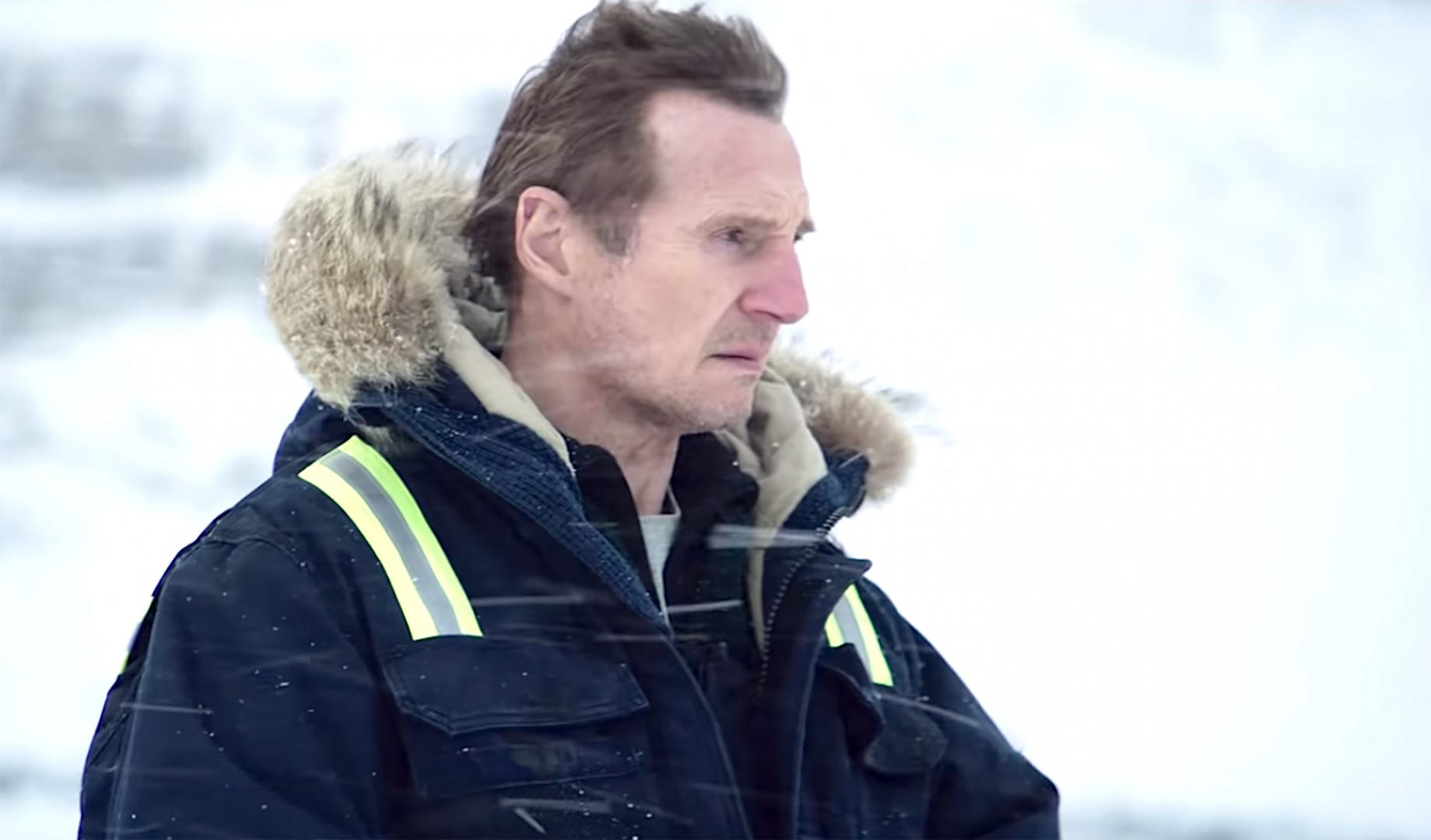 Hans Peter Moland remakes his 2014 Norwegian thriller IN ORDER OF DISAPPEARENCE for the American market with Liam Neeson stepping into Stellan Skarsgard’s snow boots as Nels Coxman, the decent snowplough man awarded “Citizen of the Year” by the city. But sadly his son unexpectedly dies apparently from a drug overdose. “But he is not a druggie” he tells the police who claim “That’s what every parent says”. But Nels is not convinced and begins his search in order to track down the people responsible for his son’s death…
The action effortlessly transfers from snow bound Norway to America’s Rocky Mountains and Denver to be precise, while Hans Peter Moland masterfully recreates the magnificent vistas from his original film.
Neeson is excellent as the vengeful father determined to exterminate those connected to his son’s murder. The Serbian gang led by the late Bruno Ganz is now replaced by a family of Red Indians which gives screenwriter Frank Baldwin the opportunity to scribe down some witty lines about hotel reservations.
A taut thriller as good as the original and very much worth seeing! 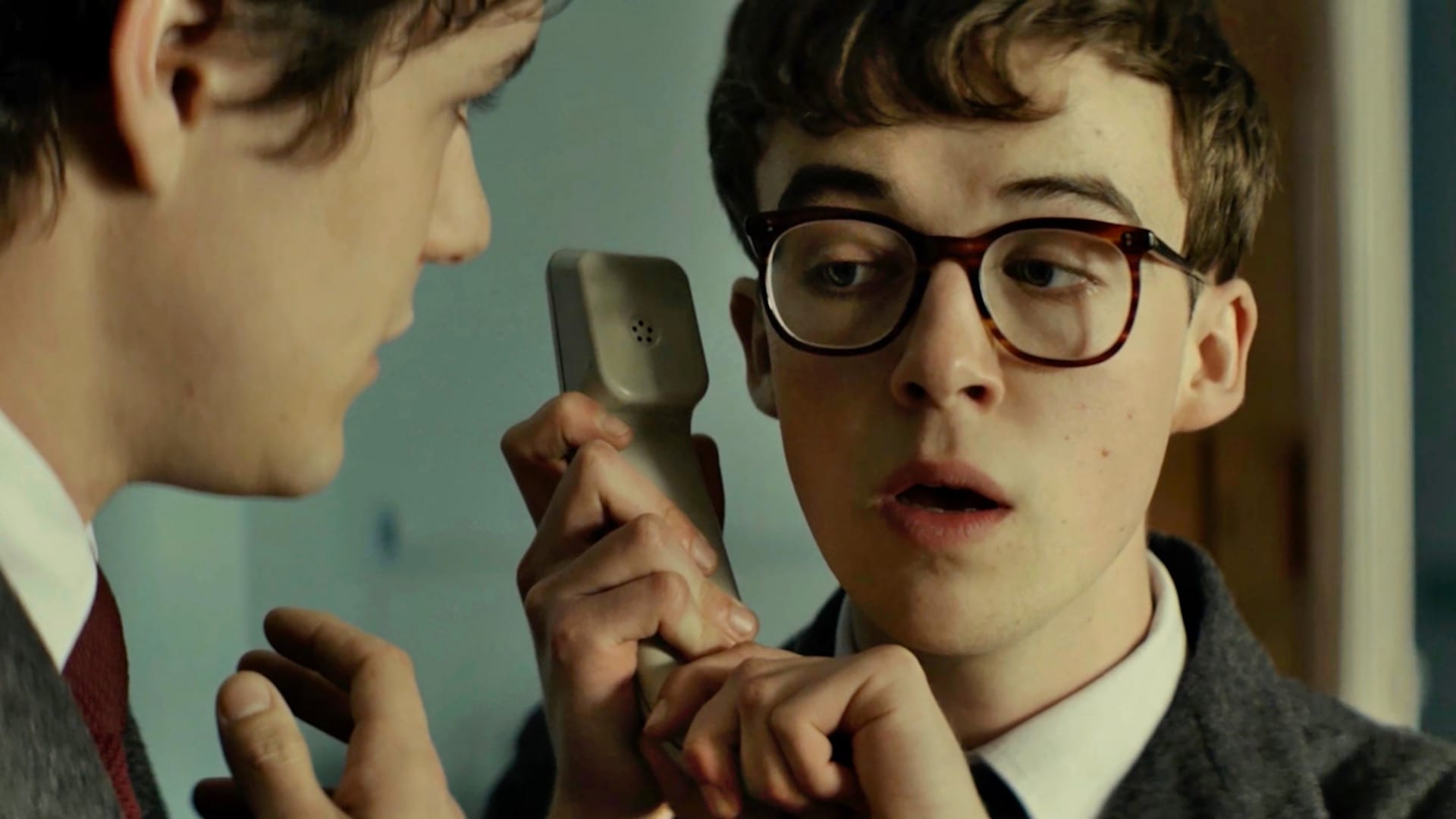 Toby MacDonald’s’ first narrative feature is a likeable take on Cyrano de Bergerac.
The action takes place in Caldermount’s all boys’ boarding school and follows the story of Amberson (Alex Lawther), an outsider who gets continuously bullied, unlike the boy he admires, the ever so popular Winchester (Jonah Hauer- King). But when the new French teacher Babinot (Denis Menachet) arrives with his free spirited daughter Agnes (Pauline Etienne) things take an unexpected turn as Amberson becomes the voice to Winchester when he begins to court Agnes…
The opening scenes look like another imitation of Lindsay Anderson’s masterpiece IF…. but the film soon changes gear when the French arrive on the scene. There are charming performances from the young protagonists but also caricature contributions from some of the older gang.
Overall, a mixed bag! 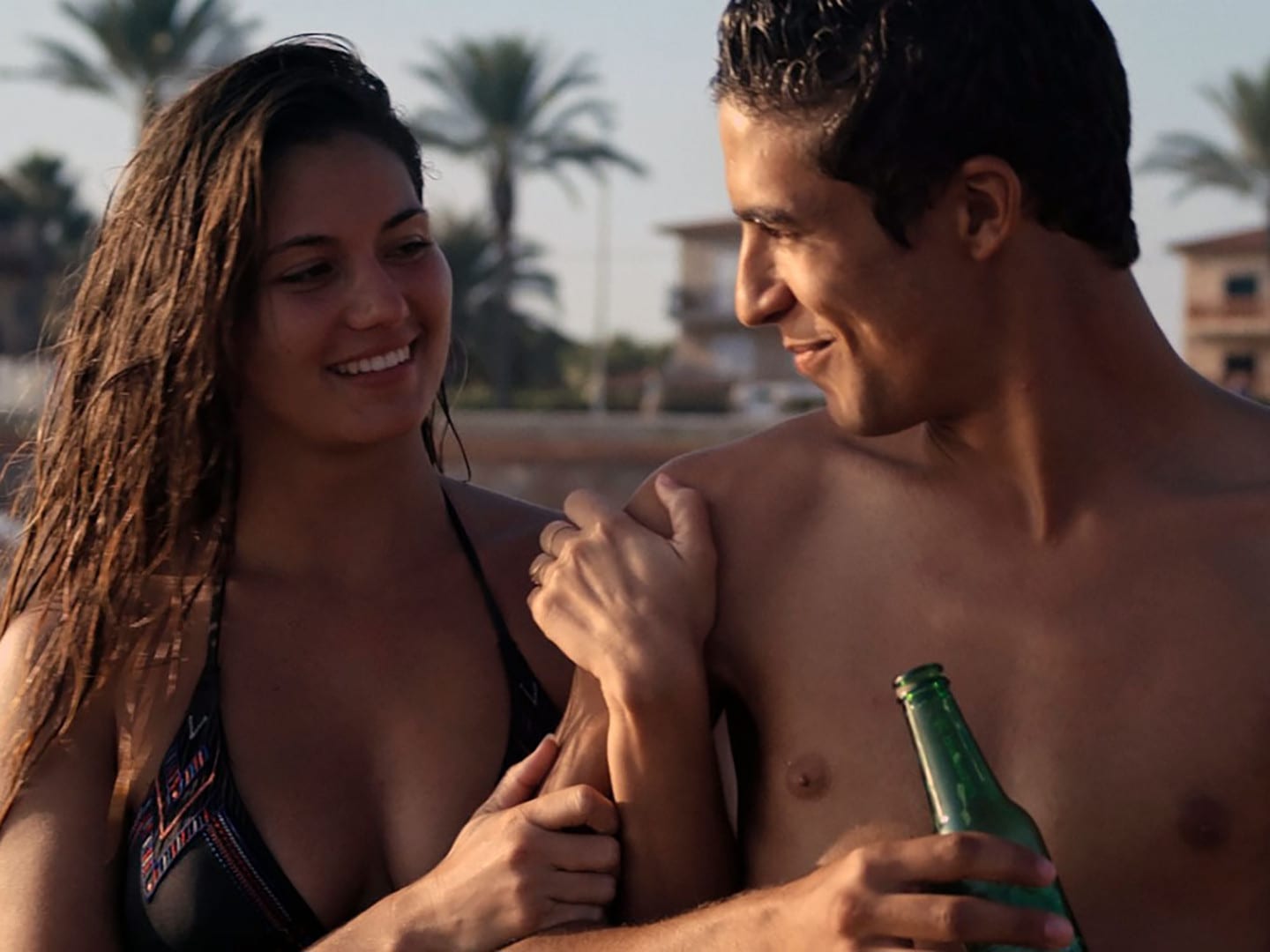 Abdellatif Kechiche, the director of COUSCOUS and BLUE IS TBE WARMEST COLOUR delivers another compelling film- this time envisaged to be the first (CANTO UNO) in a trilogy.
The time is 1994 and Amin (Shain Boumedine) returns to his hometown in the south of France after living in Paris for a year. He spends most of his time on the beach, in bars and clubs with childhood friends as well as with new acquaintances…
The actors are perfectly cast and create a strong ensemble under Kechiche’s assured direction. He creates fully fleshed characters that are easily identified with and directs with remarkable energy that the film’s three hours running time flies away extremely quickly. 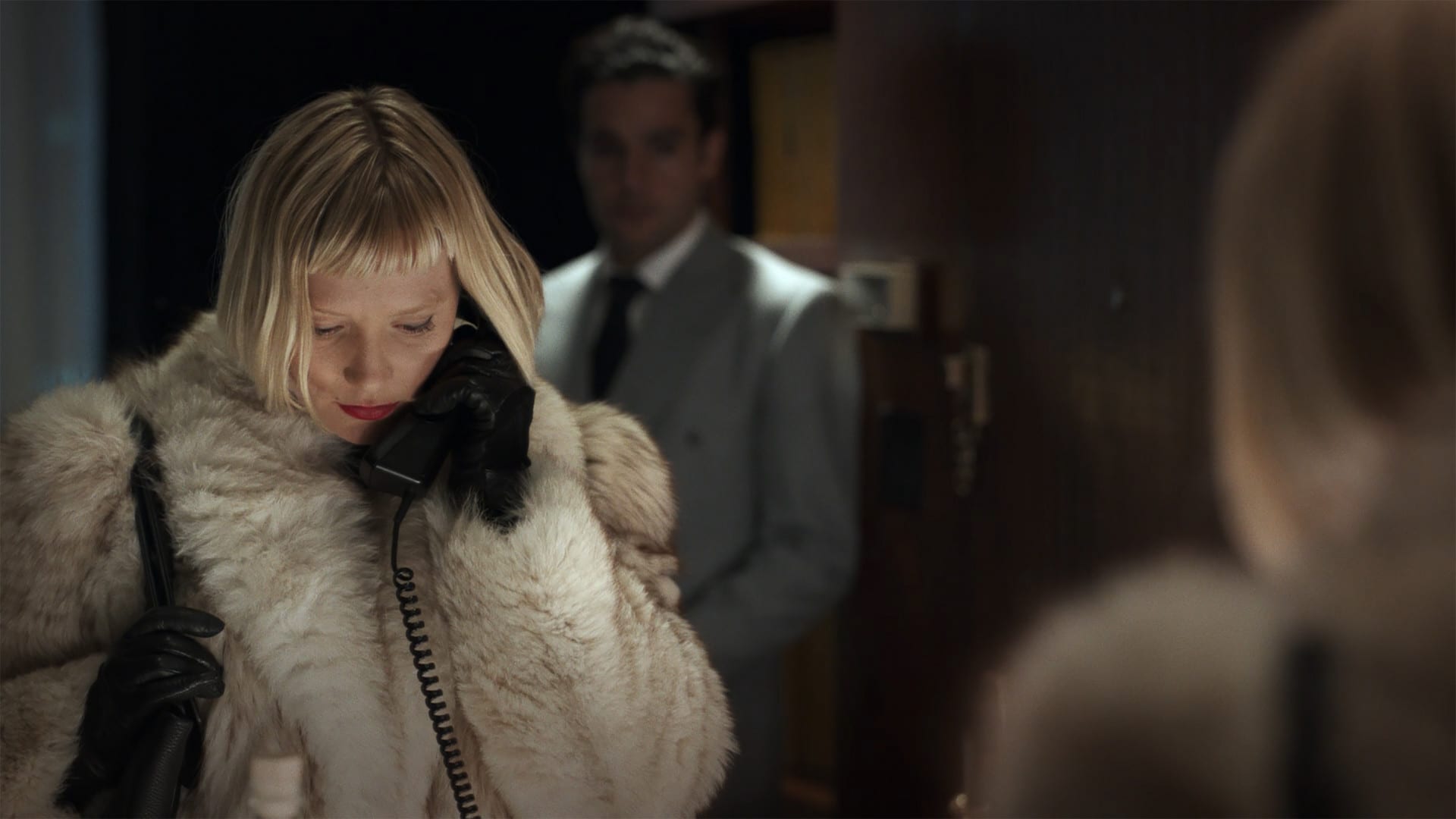 Nicholas Pesce’s disturbing film, based on the novel by Ryu Murakami, the writer of AUDITION, is definitely not an easy watch.
Reed (Christopher Abbott) is a new father, who tries to get away from it all by pretending to go on a business trip but with a plan to kill a prostitute. He prepares everything to perfection in his hotel room until he gets a call saying that his “date” is running late. He reluctantly agrees to a substitute but when the striking Jackie (Mia Wasikowska) arrives she proves that she is more than a match to his evil desires…
The acting is excellent by both protagonists while Peshe’s confident, eerie direction delivers the goods aplenty. It is unpredictable and intriguing till the final shocking conclusion! Destined for cult status!